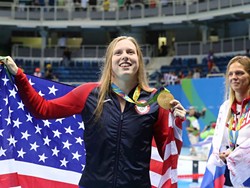 NEWS: Two maps compare Spokane's arrests and jail populations to other cities.
NEWS: Councilwoman Stratton knows firsthand how the city handles harassment, since she once filed a legal claim because of it
SPORTS: EWU football is in the Top 20 in two preseason polls
FOR FUN!: John Oliver on the importance of newspapers was our favorite thing on the internet yesterday

Another lawsuit against the city
Former Parks Department spokeswoman Nancy Goodspeed has filed a $1 million lawsuit against the city, claiming she was discriminated against because of her Parkinson's disease and illegally replaced by Monique Cotton after Cotton said then-Police Chief Frank Straub sexually harassed her. (Spokesman-Review)

Assault suspect disarmed
Someone approached a husband and wife with a handgun on Saturday and pointed the gun at the husband's temple, but the husband was having none of it. He knocked down and disarmed the suspect, who was found by police and arrested shortly after. (Spokesman-Review)

Missing boater
A boat with two men on it flipped on Newman Lake last night and only one was able to make it to shore, according to the Spokane County Sheriff's Office. Deputies are now searching for the missing boater.

GOP security officials condemn Trump
A group of 50 former national security officials who served in Republican office have signed a letter warning that Donald Trump "would be the most reckless President in American history. (Washington Post)

Olympic statements
After calling out and wagging her finger at rival Yuliya Efimova's for previously being caught doping, Lilly King swam her way to a gold medal in the women's 100-meter breaststroke last night. On the men's side, Michael Phelps gave his rival in the 200-meter butterfly, Chad le Clos, a death stare while le Clos did some kind of dance to get into Phelps' head. (It didn't work.)