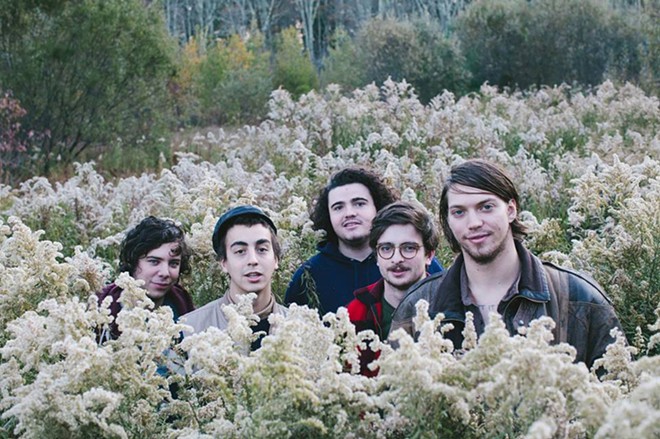 Daniel Topete
Twin Peaks are still heading to the Bartlett this fall.

In a day and age where music festivals continue to pop up like dandelions, some festivals are now struggling to compete (this year's Sasquatch! and Paradiso festivals didn't even sell out). Today, the Bartlett owners announced they would cancel Bartfest, a two-day music festival they had scheduled to run the last weekend of September/first of October at their venue and neighboring nYne.

Although a two-day pass was listed at $30 (a far cry from the first Bartfest's $90) for a lineup consisting of up-and-coming indie acts Twin Peaks, TOPS, Tangerine, White Reaper, Soft Sleep and the Echolarks, the pre-sales were not enough to keep the 3-year-old festival afloat. Although Spokanites are notorious for not purchasing tickets until close to a performance/event date, owners Karli and Caleb Ingersoll had been burned before when their first Bartfest outing only sold a third of tickets needed to break even.

"Canceling is definitely a self-protective move," the Ingersolls wrote in a Facebook post today. "If people don't buy tickets, our venue is put at risk because festivals are based on guarantees only and not percentages of ticket sales. So, when people don't show up, we suffer."

But all is not lost. Twin Peaks is still booked to perform at the Bartlett that weekend and TOPS will play at the Observatory, both on Sat, Oct. 1. The owners plan to keep moving forward.

"Bartfest may re-emerge at some point, but for now we are going to focus on what we feel the most confident in — bringing in really great bands weekly and giving them a great space to play in," the Ingersoll's wrote.