Here at Inlander HQ, we’re getting ready to pull an almost-all-nighter. We’re staying late to include live election results in this week’s paper, so when you pick it up you can find out whether there’s a new minimum wage coming soon, or if Patty Murray will win a fifth term as a U.S. Senator. Oh yeah, and we’ll cover that Trump and Clinton thing, too.
click to enlarge

The closer Trump ends up toward Goldwater, the more he’ll be judged an aberration.
Will Donald Trump’s insurgent candidacy turn out to be an aberration, or is this the new normal? One way to judge will be to compare Trump’s actual support with past candidates. Of course, if Trump wins, it’s for sure the new normal. If not, it’ll be interesting to recall the low-water mark — Barry Goldwater in 1964, who earned just 38.5 percent of the national vote. Four years ago, Mitt Romney — who Trump has called “a stone-cold loser” — took 47.2 percent of the vote. The closer Trump ends up toward Goldwater, the more he’ll be judged an aberration; the closer to Romney, or if he exceeds his total, the more likely the GOP will be to mount another Trump-like campaign in the future. There’s a number we don’t know yet, but it’s being reflected in early-voting numbers. Unlike exit polling, when pollsters learn which candidates voters actually selected, early voting tallies only show the political party affiliation of the voter who voted early. In places like Florida, for example, we know that millions have voted early from both parties. The piece we will only learn, probably later this week, is how many of those Democrats and Republicans were so disgusted by their party’s nominee that they crossed party lines to vote. Along with the undecided vote, these disaffected voting blocs could determine the outcome in important states like Florida. Two other key groups that could swing the election include women and Hispanics. A CBS News/New York Times poll from Nov. 3 showed Hillary Clinton with 50 percent support among all women, while 36 percent favor Trump. George W. Bush won 47 percent of women in 2004. And according to a Bloomberg poll from last week, Clinton’s margin over Trump among college-educated women is 27 points; Romney won that same group by six points in 2012. Early indications are that the spirit of the suffragettes may carry Clinton over the finish line, but we’ll find out tonight. And Hispanics have been turning out in big numbers in some of the most contested states, like Florida and Nevada. Hispanics were a focus on the so-called GOP autopsy report from 2013, which argued that Republicans must reach out to this growing demographic with open-minded policies or face extinction as a national party. Then Trump entered the race with a promise of building the wall and calling most Mexican immigrants rapists and criminals, and that report was effectively doused in gasoline and set on fire. But is it a big enough group to sway an election? We’ll find out tonight, but the demographics are hard to ignore. For this 2016 election, Hispanics are expected to make up 12 percent of the voting public — that’s the same percentage nationally as African Americans. Their growing influence has come fast; as recently as 2000, Hispanics made up just 7 percent of the electorate. And in Florida, the figure is even higher, as Hispanics are expected to make up about 15 percent of the voting public there tonight. 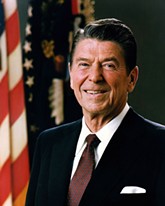 Does Obama trump Reagan?
If Trump breaks Bush’s mark, then this truly is Trump country. Conversely, if Hillary Clinton exceeds Obama’s high-water mark, maybe Spokane County is changing. But even if she just edges out Trump, it will be news, as the last Democrat to win Spokane County was her husband, in 1996, with just 45 percent — the year when Ross Perot took 10 percent here.
A final thought that has nothing to do with tonight’s results. After eight years in office, Ronald Reagan’s approval rating on Election Day 1988 was 51 percent according to Gallup. Barack Obama’s, as of Sunday, was 52 percent.