Christmas Playlist: Staff members choose songs that mean something, anything

Happy holidays from the whole family!
Just like parents say it's challenging to pick one's favorite child, it wasn't easy for the Inlander editorial staff members to choose between every single Christmas song and arrive at just one selection. These aren't necessarily our favorites of all time, but certainly tunes that have had an effect on us — maybe even melted our frosty journalist hearts a time or two. We hope you enjoy this little playlist of timeless, dorky and sad-sack tunes.

"Have Yourself a Merry Little Christmas," Lou Rawls
Ted S. McGregor Jr., publisher
Judy Garland was the first to sing this one in the musical Meet Me in St. Louis, but the man with "the silkiest chops in the singing game," according to Sinatra, made it sound the way a shot of Schnapps feels just before Christmas dinner. Probably the best version of the best Christmas song ever.

"Holidays," The Lonely Wild
Mike Bookey, culture editor
OK, this song is kind of a downer, as is its excellent music video. Nevertheless, I love how goddamned honest this song by the L.A.-based, country-tinged, indie-rock act the Lonely Wild. It's all about the stress that tends to lead up to the holidays and the pressures that come along with family, gift-buying and putting on a happy face when maybe you're not happy at all. Also, stick around for the insane guitar solo that throws the track into an unexpectedly crazy but awesome direction.

"Run Rudolf Run," Chuck Berry
Mitch Ryals, staff writer
I don't care for Christmas music. But, if I'm forced to choose something, it's gotta be Chuck Berry's bluesy-rock rendition of "Run Rudolph Run." Ol' Chuck didn't write the song, but his 1958 cover is typically credited with popularizing Johnny Marks and Marvin Brodie's tune. As we all know, without the Father of Rock 'n' Roll strumming away, the McCallisters (Home Alone) would have missed their flight.

"Twelve Days of Christmas," John Denver and the Muppets
Dan Nailen, staff writer
I can't honestly say I'm a fan of John Denver, and "Twelve Days of Christmas" isn't my favorite holiday tune, either. But the Muppets — I LOVE the Muppets. That explains why, as a child, I had the holiday album Denver and the Muppets released, A Christmas Together, and never really stopped listening to it since. There's plenty of good tunes on the album, delivered by your Muppet favorites like Fozzy Bear, Miss Piggy and Dr. Teeth and the Electric Mayhem, but this lengthy tune includes much of the Muppet gang, and it's pretty hilarious.

"Santa's Comin' in a Whirly Bird," Gene Autry
Chey Scott, listings editor
As someone who has spent years carefully curating the perfect Christmas playlist almost exclusively of vintage/oldie classics (let's be real — who can beat Bing Crosby, Frank Sinatra, Andy Williams, Johnny Mathis, Ella Fitzgerald, et al?!), picking ONE SONG was, like, the hardest decision I made today. Thankfully, I then remembered that last year, my family and I discovered this adorable ear worm by the legendary croonin' cowboy Gene Autry. We all know Autry's renditions of "Rudolph" and "Frosty," but this tune about Santa delivering toys on Christmas Eve from a helicopter (with help from ol' Rudy) is a true oldies gem. Just try and forget that bouncing chorus. Unfortunately, this song is not included in Spotify's infinite music catalog, so this YouTube recording will have to do.

"O Holy Night," Celine Dion
Laura Johnson, music editor
Most humans cannot physically sing "O Holy Night." Its vocal gymnastics require skills that only a handful of our most celebrated divas should even attempt. And in this dramatic version, Celine Dion takes her sweet time to get to the goods — building and building. Yet every Christmas my family puts this record on and tries to hit every one of those climactic sky-high notes right along with her. That usually doesn't go well, but it sure is hilarious. 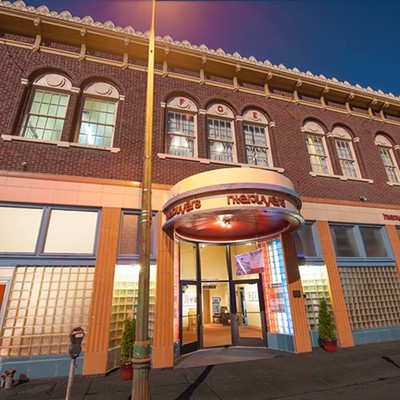