Gonzaga and St. Mary's finally face off — and it's all Zags 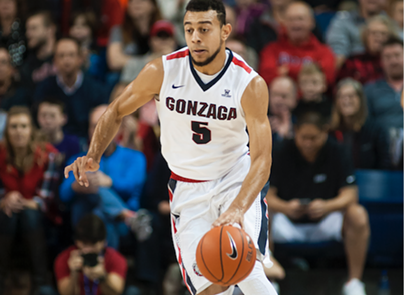 Nigel Williams-Goss had a game high 19 points in a beat-down of Saint Mary's.

It’s still technically winter break at Gonzaga, but a date with arch-rival Saint Mary’s drew the Kennel Club back to campus a few days before classes start up this week.

After a string of games in front of docile crowds for the holiday break, the students showed a national television audience just how electric this building can be, even in a blowout.

And that youthful  energy powered the fifth-ranked Zags to a 17-0 record by dispatching the 21st ranked Gaels 79-56.

“We know it’s the toughest game on the schedule,” Saint Mary’s coach Randy Bennett said of the annual trip to Gonzaga.

That tough atmosphere came into play in the Zags favor over the final minutes of the first half. After a string of lackluster defensive possessions, Mark Few had his team employ a trap on a Saint Mary’s inbounds play. It frustrated the Gaels and the ball ended up with Johnathan Williams near half court. The junior forward took it to the basket for a thunderous dunk that sent the Kennel into a frenzy.

The building kept rocking as the Zags followed that by forcing a shot clock violation.

Saint Mary’s likes to play slow on the offensive end, with their possessions this season lasting an average of 20 seconds. But if they last 30 ticks, they're served with a violation. Gonzaga’s defense frustrated the Gaels all night, blocking six shots and forcing nine turnovers.

On the offensive end, Nigel Williams-Goss led the way with a game-high 19 points and six assists. Jordan Mathews (16 points), Johnathan Williams (14 points) and Zach Collins (10 points) also scored in double figures. Most impressively, however, was  the Zags' shooting touch tonight.

Saint Mary’s gave up 56.6 points per game over their first 16 contests this season. The hot shooting Zags needed just 31 minutes to pass that mark.

Gaels’ junior center Jock Landale, an all-America candidate averaging 17.8 points per game, was held to just 10 tonight. The big Aussie went into foul trouble early in the first half, and again in the second, before fouling out of the game late.

When he picked up his fifth and final foul a full throated Kennel Club let a chant rain down on the Gael, “na na na na, hey hey hey, goodbye.