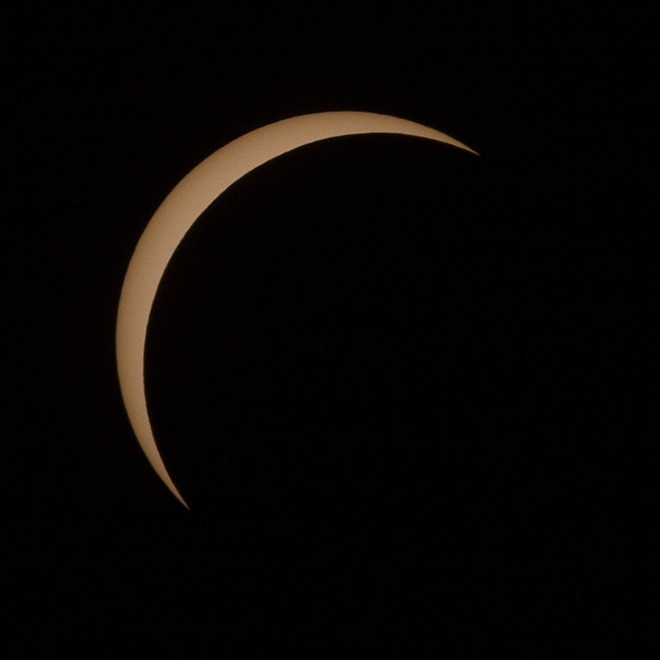 Young Kwak
Monday morning's solar eclipse reached 90.5 percent totality for viewers in Spokane.
ON INLANDER.COM
ECLIPSE: Crowds all over the region gathered together to watch yesterday's solar eclipse, which was only a partial eclipse in Spokane. Check out our slideshow of the eclipse from the Spokane Tribal Gathering Place and Kendall Yards.

Trump proves he's just like you
You're not the only one who looked at the sun without special glasses, ignoring the advice everyone yelled at you in the days before the event. President Trump did it too! (CNN)

Clearing up Manito Park's pond
You know when you visit Manito Park for a nice walk on a nice summer day, see some ducks, follow them over to the pond and then discover the pond is filthy with duck poop and algae? The city is trying to figure out a way to clean that pond up long-term. (Spokesman-Review)

Spokane may jump into capital budget stalemate
The city may pressure state lawmakers into passing a capital budget, the lack of which is stalling several projects in Spokane and all over the state. (Spokesman-Review)

Remains of U.S. sailors found
The remains of some of the 10 sailors missing in a collision that occurred between a Navy warship — the USS John S. McCain — and an oil tanker were found yesterday. This was the second major collision in three months involving the Pacific-based 7th Fleet, and the Navy has ordered an investigation into its performance and readiness. (Associated Press)