NEWS: This morning on Twitter, President Trump denied a Florida congresswoman's claims that he told a grieving Army widow her husband, one of four soldiers killed in an attack in Niger earlier this month, "knew what he was signing up for." (via New York Times)

ARTS & CULTURE: Next Thursday at the Garland Theater, the Upper Columbia United Tribes debut United By Water, a film commemorating the emotional 2016 gathering for their first tribal journey by canoe since 1943, when the Grand Coulee Dam was completed.

ARTS & CULTURE: The new photo project "Meet the Joneses" explores the Inland Northwest through a 1950s family of plastic figurines.

FOOD: Winter's coming, and we know exactly what to do with a rotisserie chicken. 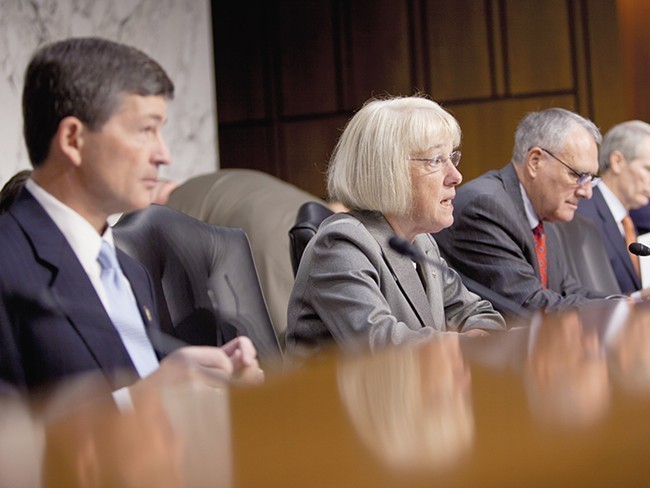 Third time's not the charm
A federal judge in Maryland has joined his counterpart in Hawaii in blocking parts of the third and latest version of President Trump's controversial travel ban — which was set to take effect this morning — saying that the president's own words show it was clearly aimed at Muslims, in violation of the Constitution. (Washington Post)

Thanks, but no thanks
Pennsylvania GOP Rep. Tom Marino, who pulled out of consideration to head the Office of National Drug Control Policy on Tuesday, is the 11th nominee to withdraw from consideration for a Trump administration post. (CNN)
• Last April, Rep. Marino helped drug companies pass an industry-friendly law that hobbled the Drug Enforcement Agency's efforts to halt the spread of the opioid crisis; he took nearly $100,000 from the pharmaceutical lobby while advocating for the law. (CNN)
• The drug industry's triumph over the DEA. (Washington Post)

Drone near-disaster
It's been revealed that a drone crashed into a passenger plane above an airport in Québec City last week, raising new safety concerns about unmanned aircraft. (New York Times)