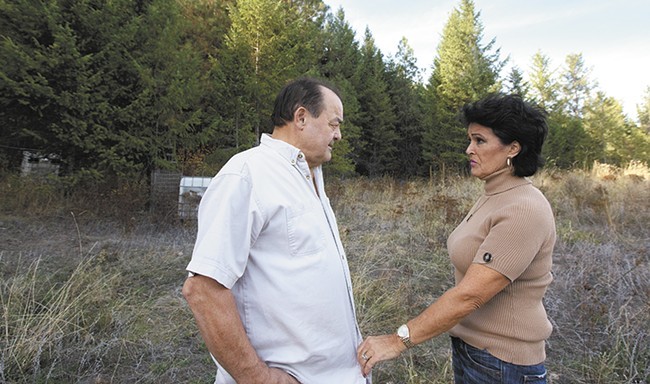 Firestack-Harvey is one member of a family which has become known as the Kettle Falls Five. They gained national attention in 2012 when federal agents raided their medical marijuana farm north of Colville. Despite the fact that the grow was in compliance with state medical marijuana law, three of the five were convicted in 2015.

One defendant, a family friend, took a plea deal before trial. Firestack-Harvey's husband, Larry, was dismissed from the case after he was diagnosed with cancer. Larry Harvey died in 2015, six months after the charges were dropped.

The three appealed their convictions, and have waited years while the case has lingered in the Ninth Circuit Court of Appeals. Late last month, U.S. Attorneys announced in a brief that "the Department of Justice has decided not to prosecute this case further."

The reason the feds were not allowed to spend money prosecuting the medical grow? A budget appropriations bill known as the Rohrabacher-Farr Amendment, which passed in 2014 after Harvey lobbied Congress.

The bill prohibits the federal government from spending money to block states from implementing legal medical marijuana laws, including criminal prosecutions. It has been renewed each year since 2014, but expires next month. It is unclear whether that section of the budget bill will be renewed for 2018.

U.S. Attorney General Jeff Sessions, who has been vocal about his disdain for marijuana, earlier this year asked Congress to eliminate the bill.

"It's not over yet," Firestack-Harvey says in a phone interview from D.C. "This is about protecting everybody in the cannabis world."

From Wednesday through Friday, she says she'll be speaking with representatives to tell her story.