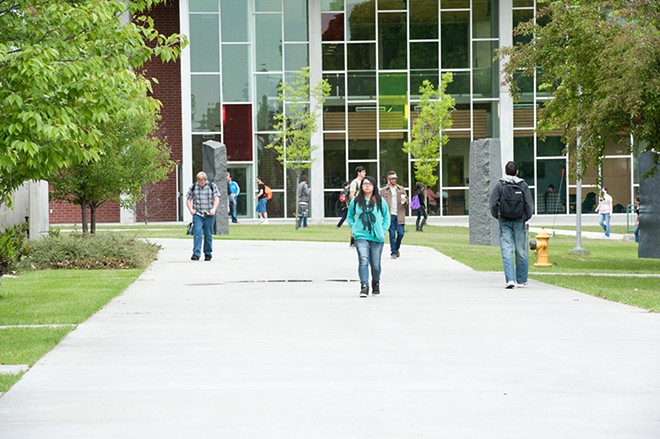 Aiming to bring more diversity to the field, Spokane Falls Community College has announced that it won a grant to provide scholarships to low-income students who want to pursue a career in engineering.


The five-year grant comes from the National Science Foundation, totaling $649,790. It will fund scholarships for 36 students — women, minorities and students from rural areas — over five years.

"Engineering typically has been a very male, mostly white-dominated profession," says Mark Gorski, an engineering instructor at SFCC. "We're trying to reach out to underrepresented populations."

Gorski, whos' been a SFCC instructor for 23 years, says there are an "awful lot of other people out there who would make good engineers." Scholarships will last for two or two and a half years before students can transfer to a four-year institution to finish their engineering degree.

"We're really kind of a stepping stone in the pipeline between high schools and four-year institutions," Gorski says.

In a partnership with Eastern Washington University, junior and seniors in engineering at EWU will mentor first-year community college students with a robotics design project.

As part of the grant, SFCC will do outreach at local high schools to recruit low-income students and help faculty in the engineering department develop courses.

To qualify for a scholarship, students must have a demonstrated financial need, have a cumulative grade point average of 3.0, and should have an interest in engineering. The idea, however, is to target students who may have had an interest in math and science but, for whatever reason, didn't think engineering was for them, Gorski says. The scholarships will begin with the 2018-19 school year.

"Hopefully it will increase the visibility of the program here in the Spokane area for students who can't afford a university right away," Gorski says.

Lands Council adds to reward offered for wolf poachers, now up to $26,000