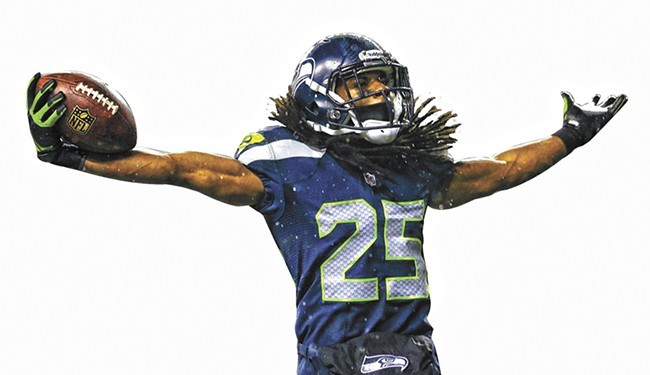 Sounds like Richard Sherman might be joining Michael Bennett on his way out of Seattle. But hey, at least Ichiro is coming back, right?

Wednesday was an emotional rollercoaster if you're a fan of Seattle sports.

Seahawks Michael Bennett and Richard Sherman are on their way out? Ichiro Suzuki is back with the Mariners?

“The ‘Legion of Boom’ Seahawks Go Quietly Into the Night” reads Sports Illustrated’s headline. How ominous and depressing.

I’m not a giant sports nerd, but I definitely felt a sinking feeling in my stomach when I saw news of Bennett’s trade to the Philadelphia Eagles and Sherman’s rumored departure.

Bennett, a 32-year-old defensive end, has been with the Seahawks since 2013. He took to Instagram to pen his farewell:


"I of course want to thank Paul Allen, Pete Carroll, John Schneider, Peter McLoughlin, Erik Kennedy and Mo Kelly for bringing me to the Seahawks and giving me the opportunity to help bring Seattle their first Championship. … Last but certainly not least, to the city of Seattle, one of the best in the world. You fans are world class. The way you support us players on and off the field, helping to build bridges across our communities and understand what it means to give back and be community-minded. I am forever grateful for allowing me to grow and evolve in this time that I’ve had with you. I expanded my family in this city, I had one of my babies here. This truly was home for us and it’s been such an incredible five years.”


Here’s more on the Bennett trade from the Seattle Times.

“Sherman spoke with Seahawks general manager John Schneider and coach Pete Carroll on Wednesday, and the team is expected to explore its trade options for the cornerback, a source informed of the team's position told [NFL Network’s Ian] Rapoport,” the NFL.com reports.

“The #Seahawks likely won’t have Cliff Avril or Kam Chancellor on the field this year,” Rapoport also tweeted on Wednesday.
This is some major turnover for the Seahawks. 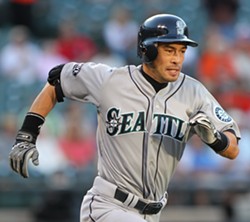 Photo by Keith Allison
Ichiro
The good news? Ichiro. If you want to call it good news. The feelings are mixed, apparently.

Headlines range from the upbeat Seattle Times “It’s Official: Ichiro is a Mariner Again,” to the downright apocalyptic ESPN headline “When Winter Never Ends” (what the hell, you guys?).