EWU
Michael King
On March 1, 2018, an Eastern Washington University volleyball player walked into coach Michael King's office. She hoped to get paid for a summer camp she had worked the previous summer.

"The only way I can pay you now is if you just found money," King said, according to the student's recollection written in university records.

With assistant coach Nathan Fristed allegedly present, King took out $300 in cash from his wallet and put it on his desk. King announced he was going to the bathroom. Fristed said he was going to his office. The player, who was not identified in EWU records, was left alone in the office with the money, according to EWU records.

Four weeks later, following an investigation into the $300 given to the player, EWU fired King and Fristed.

When the decision was announced, Lynn Hickey, who has since been promoted to EWU athletic director, did not elaborate on the reason for the decision. EWU called it a "university personnel matter."

But EWU public records show that the incident prompted a swift investigation by the school. The investigation, which concluded a little more than a week before King and Fristed were let go, verified the alleged payment occurred. The Inlander obtained the investigation documents after asking for records associated with the dismissal of both coaches.

Hickey did not respond to requests for comment for this article.

The student is a freshman at EWU. According to her statement to the EWU investigator who looked into the payment, King told all the volleyball players they had to work a summer volleyball camp at EWU from July to August 2017. He said each would be paid $300 for working the camp, which covered room and board during the camp, records state.

But while other players apparently got their $300 checks, this student didn't. Since she was an international student and was missing some paperwork, King explained that she couldn't be legally paid for the camp yet like other students. He told her the money would have to come as extra payment for the 2018 camp, she claims.

After the student took the money on his desk on March 1, a former assistant coach, Diana Villalpando, told her to turn the money into the compliance office. The student did.

NCAA rules prohibit paying players. King, in the EWU records, disputes that he meant to give the student the $300. Instead, he says he showed her the money to "appease" her and let her know she would eventually be paid in the summer for the work she did. Fristed denied seeing King show her the $300.

Once King found out the student took the money, King says, he asked for it back.

The investigator, however, found King's statements not to be credible.

"King's actions would suggest he was reacting to everything that was occurring in an attempt to cover up what happened instead of simply reporting the circumstances to a sports administrator," says the final investigative report of the incident.

King was named head coach of the volleyball team in October 2015, having served as interim coach the two seasons prior. 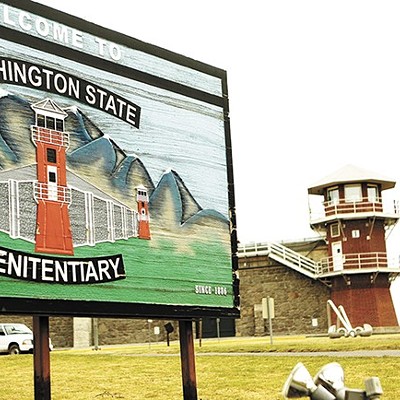