TV: The Maze was not meant for Wilson. An Inlander staff writer shares his disappointment with the season two finale of Westworld.

BIZ: A local company in State Line is bringing its wood stove, “the Optimum stove,” to a Washington, D.C. competition for “green heat.” The stove design is built to uphold new standards put in place by the EPA by 2020.

MUSIC: The I Love the '90s Tour is coming to Northern Quest on Thursday with Salt-N-Pepa, Vanilla Ice and others. This is either super fresh, or totally lame. Read our review of other '90s acts we think deserve the nostalgia treatment. 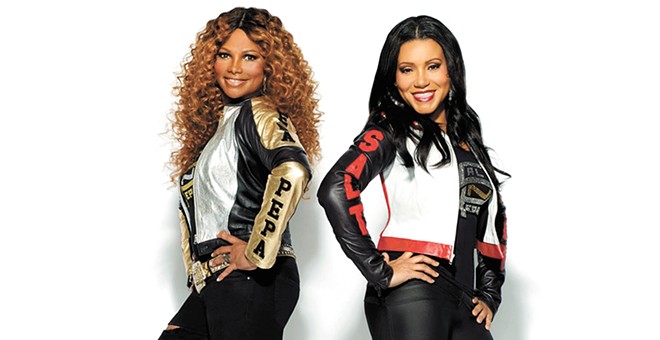 Hip-hop pioneers Salt-N-Pepa are among the stars sharing the spotlight during the "I Love the '90s" tour.

30 Days
A judge in San Diego has ordered that children who were separated from their parents by the Trump administration’s zero tolerance policy must be reunited within 30 days. For younger children, the timeline is shorter. (Washington Post)

Recognize, Dems
A 28-year-old political novice running a freely liberal campaign defeated incumbent House Democrat Joe Crowley in New York in Tuesday’s primaries. “The community is ready for a movement of economic and social justice. That is what we tried to deliver,” victor Alexandria Ocasio-Cortez said. The win shook things up in D.C., as Crowley was considered a potential replacement for Nancy Pelosi. (Associated Press)