Capillary Action crafts an intense, offbeat brew of avant-jazz and other stuff 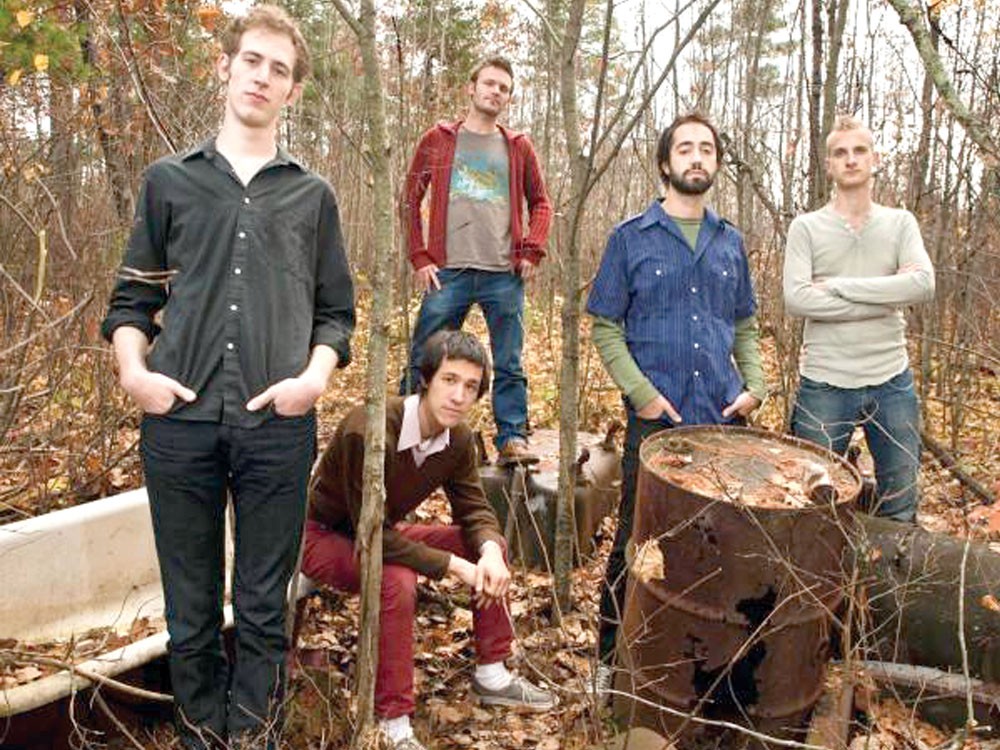 Jonathan Pfeffer (far left) and the members of Capillary Action

Will Rogers once joked: “If you don’t like the weather in Oklahoma, wait a minute and it will change.” And if you don’t like a Capillary Action song, just wait 20 seconds. It’s bound to change.

Fronted by founder, singer and songwriter Jonathan Pfeffer, Capillary Action authors music that is as jarring and unpredictable as a highspeed trip down a pothole-infested street that ends with a 30-foot ramp into a ravine. Songs gather steam — only to deflate entirely. Time signatures fluctuate manically. Beats stammer and feel as though they could fly apart at any second.

It all makes for an uncommon and electrifying — and not exactly relaxing — listen. One that makes a listener ask, “Who came up with this stuff, and why?”

Pfeffer, who was a visual arts major, says it’s supposed to be artistically ambiguous. Capillary Action is an outlet to express himself in the most creative way possible.

“I’m not out to be obtuse or try and surprise the audience,” he says. “It’s not a gimmick. It’s just what I’m interested in — aesthetically.”

“The songs come out of something very intense and emotional, and I want the audience to feel that. I want to engage people and make them feel something, but at the same time, keep it emotionally ambiguous.”

Capillary Action is currently touring behind their new album, Capsized, which despite a more finessed sound, may not be any more accessible than past work. So Embarrassing, their 2008 album, held some hard-rock appeal, as it punctuated the quirky song structures with blinding bursts of noise and distortion. The new album smooths over those rough edges with free jazz flourishes, including the occasional accordion and trumpet, and strong vocal harmonies.

“Some people said the new album is harder to get into because it doesn’t have those hard-rock touch points,” Pfeffer says. “Others have said it’s much more accessible. I’ve heard both sides.”

The current tour is one the band spent months preparing for. Music as complex and exacting as Capillary Action’s can’t be played sloppily, and Pfeffer knows it. All the moving parts take time to rehearse and perfect, so it’s not uncommon for the band to spend 10- to 12-hour days getting ready to hit the road.

As for the date in Spokane, Pfeffer can’t wait.

“Honestly — and I’m not just saying this — Spokane is one of my favorite places to play. Everytime we’ve played, they just seem to love us up there.”

According to fans, the band’s brand of perpetual motion — combined with the fact that all five band members play multiple instruments — makes for a exhilarating live show.