It's been nearly 10 years since Washington legalized recreational weed. But growing your own weed at home? That's still a felony in Washington.

That makes Washington relatively unique. So far, 18 states have legalized weed, but Washington is one of the few that doesn't allow people to grow their own. Cannabis advocates have tried to change that, but this year, another attempt died in the House Appropriations Committee in the state Legislature.

For John Kingsbury, a cannabis advocate with HomeGrow Washington, that could end up being a problem. He fears the industry in Washington could be in danger once cannabis becomes legal federally, something he thinks is inevitable. That would mean Washington would have to compete with giant producers in other states, like California.

Think of it like craft brewing, he says. People can brew their own beer at home, and for some it turns into a passion that leads them to start a business. Sure, Budweiser will always dominate the market, but craft brewers can still create a thriving market locally.

"And home growing is going to feed a craft industry," he says. "Cannabis can be a commodity, or it can be an art." 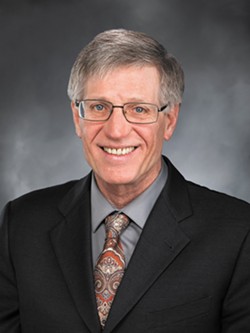 Lawmakers remain uneasy about it. State Rep. Timm Ormsby, D-Spokane, is chair of the appropriations committee where the bill to legalize home growing failed this year. The bill would have limited each adult 21 or older to six home-grown plants. Ormsby says he personally supports the idea, but both Republicans and Democrats had concerns.

"The votes simply were not there," he says.

Law enforcement groups opposed the bill out of concern that it could further expose children to cannabis. There's also concern that home grows could cut into the legal cannabis market, reducing the revenue generated by cannabis in the state.

Ormsby says he's personally not persuaded that it would hurt the legal cannabis market. In fact, Timothy Nadreau, a Washington State University research economist, said in testimony that he conducted a study on what would happen if Washington allowed marijuana home growing. He found little downside for the retail industry. That could partly be because home growing could increase a grower's interest in weed overall.

As far as the concerns about children being exposed to cannabis, Kingsbury says that shouldn't be too much of an issue. He points out that as weed has become more accessible with legalization, use among youth hasn't risen. Also, it would still be easier for teens to get cannabis elsewhere instead of waiting until a plant has flowered, then drying and curing the weed until it's usable.

"I don't think cannabis is going to come into homes very often where it's not there already," Kingsbury says.

He stresses that allowing home growing would not be some experiment. Most other states that have legalized cannabis have also allowed home grows.

"We're really out on the fringe as far as not having home growing," he says. "What's holding us back, I don't know really. I think it's just sort of an irrational fear."

Ormsby says lawmakers still have a stigma about weed, and more work needs to be done to overcome that.

"It's on advocates and on legislators to do their homework and understand the full implications," Ormsby says. ♦

Idaho sees itself as a roguish, libertarian state, wary of government telling it what to do. And yet: Idaho, which has welcomed Medicaid expansion, is too much of a nanny state to let its people smoke weed even medicinally?
click to enlarge

Coeur d'Alene's Suzette Meyers, a spokeswoman with Idaho Kind, thinks there's a way to change that. A multiple stroke survivor, she's fought for medical marijuana in Arizona, and now she's doing the same in Idaho.

She believes Idaho's citizens are a lot more moderate than their Legislature, and so a voter initiative is the best bet for legalization.

She previews two main arguments. First, there's emotional engagement, stories about family members who got sick or even died who didn't have access to cannabis. And then there's the state-rivalry angle that the Medicaid expansion folks successfully deployed a few years ago.

"We're spending millions of dollars," she says. "Idaho's hard-earned money is going to other states. We should be saving and keeping it."