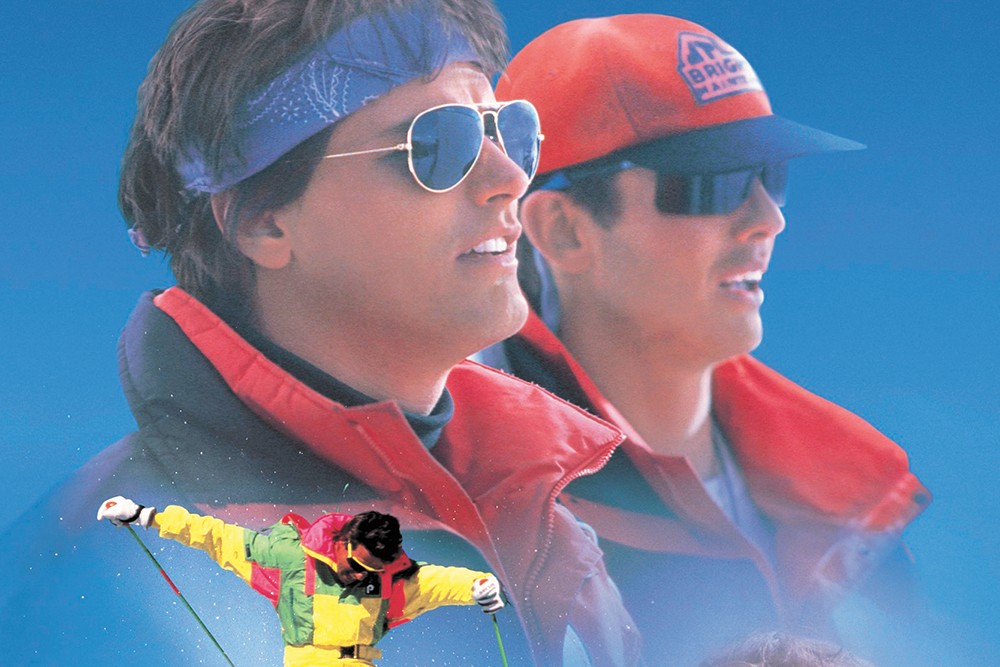 The '90s are alive in Aspen Extreme.

I choose to celebrate.

Since high school, I usher in ski season with ritualistic fervor. I peruse the buyer's guides of each ski magazine. This leads to highly technical conversations about camber profiles and which ski boot liner will make your feet cramp less on opening day. I dust off the ski tuning kit, waiting for the inevitable core shot. Maybe even do a wall sit with my boots on, fully buckled, cold Rainier in hand. But the true crescendo is when Aspen Extreme is unveiled for viewing.

I don't standardize the viewing party for the 1993 cult classic about two friends from Detroit, T.J. Burke and Dexter Rutecki, who are the best skiers on the mountain. Searching for something more, they head for the glitz, glamor and powder of Aspen, Colorado, to be ski instructors. In their quest to ski big mountains on skinny skis, their friendship is tested to the extreme.

In 2012, the inaugural viewing was held on the floor of a Coors-soaked tent on an iPhone 5 atop Schweitzer in a blizzard, with my ski buddy and I cocooned in our sleeping bags. For many years I would pack my tattered DVD to my annual "guys ski trip," forcing them, even the snowboarders, to watch Aspen Extreme... from start to finish.

To add to my viewing authenticity, I once called Michigan's Mt. Brighton, where in the movie one of the protagonists — Dexter Rutecki — worked (before his ski partner, T.J. Burke, convinced him to leave his dead-end job stringing chairlifts and the Midwest hills for the Rocky Mountains) to inquire about Dexter's rust-colored Mt. Brighton Maintenance hat. To my surprise, not only does the ski area actually exist and still operate (all 230 vertical feet), they sell the felt hat the fictional Dexter wore and skied in the entire film. This not only reaffirmed my faith in humanity but cemented Aspen Extreme's status as more than a cult classic, but the best ski movie of all time.

Aspen Extreme melds all that is good in skiing in a powerful 1-hour-58-minute punch. To start: Jean skiing (with gators). I cannot guarantee that you can air a 720 iron cross and stomp the landing in a mogul field like Dexter, but it's worth a shot. A caboose. In a bit of ski-town housing crisis foreshadowing, T.J. and Dexter live not only in a van, preceding the ubiquitous #vanlife, but they live in a train caboose. Skinny skis. Put on a pair of jeans, grab some skinny skis, and hit the hill to try and charge like T.J. and Dex. Ski bunnies. Of course, this being set in Aspen, T.J. and Dex fall in love (or lust) with the likes of the fur-coat-wearing Bryce Kellogg, Aspen local and K-High radio DJ Robin Hand, and Tina, who has no last name and was the girlfriend of the local coke dealer (after all, this is '90s Aspen).

Writer Patrick Hasburgh must have been a proverbial boss in town. His powerplay of characters can only come from reality. And the skiing. In 1993, Scot Schmidt and the late Doug Coombs were not yet household names, but these two legends skied a few scenes as stunt doubles for T.J. and Dexter, sending huge iron crosses and linking pristine powder eight turns that even Vail skiers can't beat. To boot, the famous icefall scene skied by Coombs became a K2 poster. And lastly, loss. You will have to watch it for that cliff note.

As the saying goes in the film, "seasons change" in the Inland Northwest. So, dial up some buddies, download Aspen Extreme (or dust off the DVD or VHS), and enjoy. For those adventurous souls, make the pilgrimage to the Wheeler Opera House in Aspen, where every year Aspen Extreme is played on the big screen. Guaranteed memories and inside ski jokes for years to come. Skiing is the easy part. See just did it, twice. ♦

48 mountains right in our backyard

Taking in the views, and enjoying the journey to northwestern Montana's Whitefish Mountain Resort

In defense of my never buying a season pass