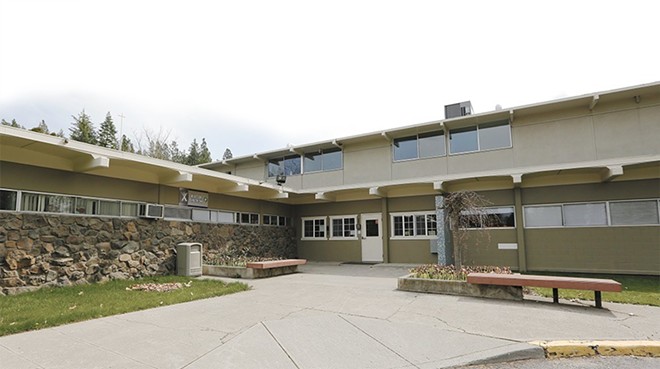 As Eagle Peak — a school for students with behavior issues — faced criticism for the way it disciplined kids, the school district decided to end the behavioral health program there. The plan was to scatter those students across a variety of programs, including at Excelsior Wellness Center.

So far — based on data shared with the school board Wednesday— the change has led to the outcomes the district had hoped for. Suspensions and expulsions for students in intervention programs are down roughly 27 percent compared to this time last school. In-school discipline is down around 31 percent.

And, crucially, restraint and isolation incidents are down 77 percent.

"These are early indicators," says Adam Swinyard, associate superintendent of teaching and learning for Spokane Public Schools. "But we think they are reflective of progress in the right direction."

Swinyard was careful to say that even though the data was trending in the right direction, that doesn't mean every student has had a positive experience in the new behavior programs. And there is one negative: Students are missing more school on average this school year.

"It's not serving everyone the way we want it to, and we know not everyone is having the experience we had hoped for," he says.

Still, the district is encouraged. Eagle Peak had been a point of contention for years. Parents and student advocates questioned the practice of disciplining kids by having them sit on a bench outside, sometimes in the cold. Other parents claimed staff was too violent in restraining kids. And a report completed by the Urban Special Education Leadership Collaborative in fall 2017 — commissioned by the school district — found several concerns, including high turnover of department leadership and lack of support for students.

Treatment of kids who had behavioral issues came into further question when the state Office of the Superintendent of Public Instruction said the school district overused isolation in dealing with difficult kids. Becky Ramsey, the director of special education for the school district, told the Inlander at the end of last school year that it was her goal to bring the number of isolation and restraint incidents down across the district.

Around the same time, the district proposed ending the Eagle Peak behavioral health program and moving its students to other programs. Some would be served in elementary or secondary schools with Behavioral Intervention or credit retrieval programs. Some would enroll in MAP Academy, a school for students with a mental health diagnosis. And others — up to 75 students — would go to Excelsior Wellness Center, which has a child welfare program and provides education and behavioral health services.
Today, that plan has become a reality. Excelsior serves about 44 students from Spokane. About 300 students are served through Behavioral Intervention programs inside traditional schools, and MAP Academy serves about 35 students. The Pratt building, which hosted Eagle Peak, still has a program for students who are credit-deficient and have some behavior challenges.

Swinyard admits that it was a big undertaking in a short amount of time.

"When we presented this to you in the spring," Swinyard told the board last night, "we acknowledged that this was a very aggressive timeline. But it was the right thing to do for kids."

The results so far came as a bit of a pleasant surprise to district leaders and school board members. Ramsey is particularly happy that students with severe behavioral issues are being restrained and isolated less — especially since that isn't coming with a rise in suspensions. She credits "intense training," smaller class sizes and additional classroom support for the drop.

"We still have work to do but we have definitely made major gains," Ramsey says.

Swinyard says it's difficult to express how impactful that has been, considering "the impact that any incident of isolation or restraint can have on a student and their family."

School board member Nikki Lockwood, who was an advocate for reforming discipline in special education classrooms before being elected to her seat, says it's "really good" that isolation and restraints are down in these programs. And board Vice President Mike Wiser says these are "really promising results" after it "felt like we were jumping off the deep end" in the spring when this plan was proposed.

Superintendent Shelley Redinger encouraged staff to continue to be "innovative and bold" because "people around the country and in our state look to us."

For now, Swinyard says, district staff will continue to put kids in the best situation to succeed.

"We have a long ways to go to make programs designed in a way that best serves our students," he says.