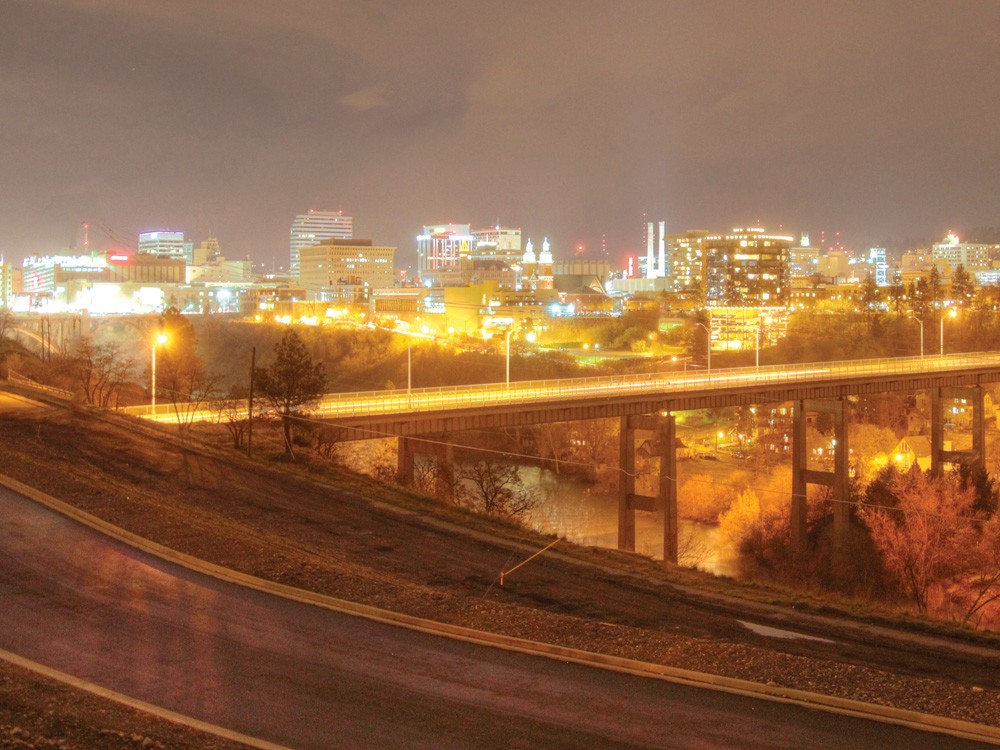 After building and selling more than 40 residential units near downtown Spokane in the last couple of years, Liberty Lake-based development firm Greenstone has applied for a permit to construct its first commercial building at Kendall Yards.

Called the Cedar Park Commercial Building, the 5,200-square-foot structure will house three tenants, according to the Spokane Journal of Business. The building is estimated to be worth $1.5 million.

Since taking over Kendall Yards in November 2009, Greenstone has transformed its 78 acres of fallow land into a fast-growing development of townhouses and newly paved streets. When the company finishes building a new piece of the Centennial Trail, its website says, the trail “will become the spine of a new linear park and connect parks within Kendall Yards to complete the Olmsted Brothers vision for the Great Gorge Park.”

Grand visions aside, the plans for commercial space do put the development one step closer to making the area a livable extension of downtown Spokane. (Nicholas Deshais)

You’d have to have a pretty good reason to want to stand, wave signs and freeze in the winter cold at 8:30 in the morning. But Monday morning, 10 neighbors near Moran Prairie Elementary School thought they found that reason. Bundled up in gloves and winter jackets, they waved signs saying things like “Comments 10-1 against closure” and “County [commissioners] listen to us, not developers."

They’re worried that if the county closes the section of Ben Burr Road between 57th and 61st avenues in south Spokane, they’ll be forced to enter the Palouse Highway using 61st, which does not have a stoplight. Dave Black, of real-estate firm NAI Black, owns the properties on either side and says he wants to consolidate the two, potentially to build a Yoke’s Fresh Market.

While it’s not unusual for neighbors to oppose nearby developments, these neighbors thought they’d won four years ago. In 2007, county engineer Bob Brueggeman recommended against closing the road, worrying about the impact on bicyclists and joggers.

But now, Brueggeman recommends closing the road. “They’re proposing to construct a non-motorized pathway for the bicycles and joggers,” Brueggeman says of his change of heart.

Black, for his part, doesn’t understand what the fuss is about.

“I don’t understand why they don’t want it, frankly,” Black says. “I listened to 30 people testify against it. Really, people just don’t want change. It increases their property value.”

If he doesn’t close the road, he says he would have to spend hundreds of thousands of dollars improving Ben Burr Road to bring it up to code. Spokane County commissioners plan to make a decision on the road closure on Nov. 29. (Daniel Walters)

After less than a week in its new encampment at Franklin Park, Occupy Spokane is being told that it’s going to have to find a new home after Thanksgiving.

And if occupiers want to keep camping on city property, they’re going to have to jump through a bunch of legal hurdles.

The city’s chapter of the international protest against inequality set up an encampment in Franklin Park last Thursday. Spokane Parks and Recreation granted them a permit to do so under the city’s transient-shelter ordinance.

Parks and Recreation Director Leroy Eadie says the occupiers’ only recourse would be to amend the city’s ordinance to allow for them to stay longer.

“As the parks director, I’m not interested in amending the ordinance, but the appropriate process would be to go through the parks board,” Eadie says. “We don’t see that it meets the mission of Spokane Parks and Recreation.”

He added that the Park Board president was asked to hold a special meeting to consider the issue but declined.

City spokeswoman Marlene Feist says the occupiers could go through the City Council to get the ordinance amended.

The occupiers opted to set up an encampment at the park last week due to the lack of facilities amid increasingly chilly weather on a median downtown, where they have been staging their protest since September. (Chris Stein)