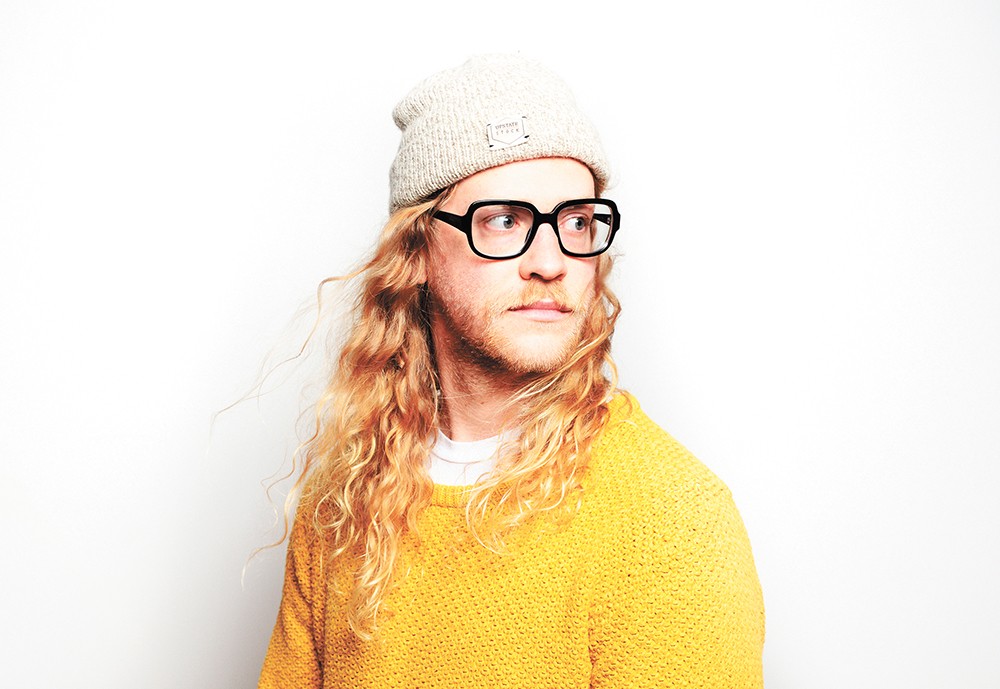 Allen Stone is in the back of his tour bus en route to Cleveland as he recalls a surreal moment from the day prior.

He was at a music school in Detroit teaching a masterclass, which doesn't seem like a particularly unusual gig for a nationally renowned soul musician. But there he was, a white boy from the small Eastern Washington town of Chewelah, giving these students his two cents in the birthplace of Motown and R&B.

"It was a shocking experience to see my name above the word 'masterclass,'" Stone tells the Inlander. "I still feel like such an amateur in all things beside laziness."

That hardly seems fair, though. Stone is currently 35 shows deep into his ongoing headlining tour, which brings him back to the Inland Northwest next week. He's had a record deal with Capitol. He's performed on late night TV and served as a mentor on American Idol. And pretty soon he'll be on the road again as support for '90s alt-rock hitmakers Train and the Goo Goo Dolls.

But back to that masterclass for a minute.

"I was trying to talk through and give of how I got to this place," Stone recalls. "Because it's really super odd — the culture and around a city like Detroit versus Chewelah. And that I was giving a masterclass in Detroit was kind of absurd to me."

In a way, though, growing up in a small town helped point Stone in the direction of the Motown artists who inspired him. Having to drive an hour into the city meant lots of time alone in the car, and teenage Stone first heard and fell in love with Stevie Wonder and Donny Hathaway and Bill Withers as they crooned from his car's CD player.

After graduating high school, Stone moved to Spokane and then to Seattle to pursue music, and he started getting industry attention when his 2011 self-titled album became a surprise indie hit. He's been playing with more or less the same backing band since, and seven years on, they've seriously found their groove. They also get along really well, which is important when you're locked in a bus together for weeks at a time.

"Usually at this point in the tour, you're going on your 15th-in-a-row hangover, and everybody's starting to get on each other's nerves," Stone says. "The bus is just really disgusting because you've accumulated all this stuff you don't need. But everybody's been super kind and loving. I couldn't ask for a better trip."

In 2014, Stone took a break from life on the road, and he and his wife moved into his family's cabin on Waitts Lake, about 10 miles outside Chewelah. He says he initially in the isolation — there weren't many neighbors, and the internet connection was practically nonexistent — building a tiny home studio where a portion of his last record, 2015's Radius, was written and recorded.

"You get up and there's just nothing to do," Stone says. "Sometimes that can be a good thing. Other times it can be not such a good thing. But we got a lot of work done in there."

Since Radius, Stone has been working on a new album in L.A. and Nashville, and it's set to drop in early 2019. He's released a handful of singles from that record — including the sultry "Brown Eyed Lover" and the funky, upbeat "Warriors" — and you can already hear the music being pushed in a poppier, glossier direction, though Stone's R&B roots still shine through.

So does his relatively new marriage, making this the most unabashedly romantic record he's yet made.

"There's more love in the songs than there's ever been," Stone says. "For a long while, I was really adamant about writing R&B music about romance, because I felt like the only thing R&B musicians write about is sex and romance. ... This go-around, there's a lot more of that sprinkled in, because it was such a massive part of my reality when writing the record."

Stone also wrote most of the songs with his touring band, in an attempt to harness the energy of a typical live show. Or, as Stone explains, to capture "what my music actually sounds like."

"Let me put it this way," he says. "Records are like people playing NBA 2K18 at home, and a really good live band is like Lebron James actually playing basketball. ... I believe that what most people get out of one of our live shows is a burst of positive energy, and a force of positivity for them to leave the show and go out in the world and exist again."

But one question still remains: Once he's off the road and back in Spokane, where he now lives, will he return to playing local shows, bringing his trademark masterclass to the Inland Northwest? Well, possibly. But he and his wife are expecting a baby, and that should tie him up a bit.

"I would imagine that's gonna rock my world and my schedule," Stone says. "I'm always stoked about supporting young, aspiring musicians and doing my best to help where I can. So you might see me popping up at Zola every once in , but there's also no way to tell." ♦

The original print version of this article was headlined "Soul Searching"