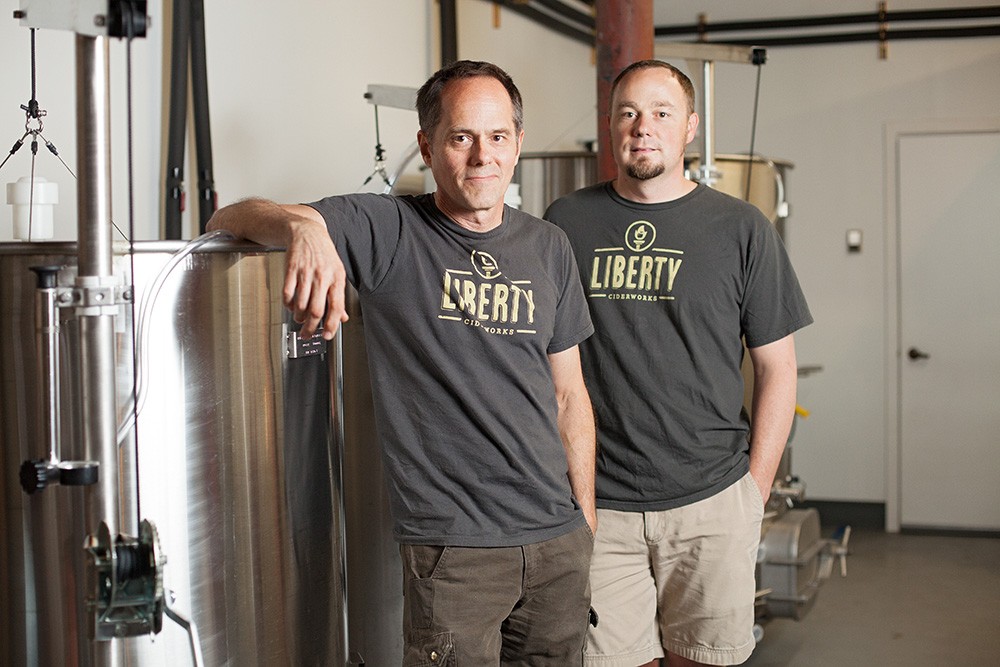 Mixed with the scent of fresh paint and wood, the sweet, tart aroma of apples wafts through the air on the first day of business at downtown Spokane craft cidery Liberty Ciderworks.

The opening of the local cidery's tasting room — it's the first downtown, and Liberty is one of just a handful of craft cider houses in the Inland Northwest — has been some time coming, and eager customers packed the tiny tasting room, perching on red metal stools during its debut last weekend.

Owners Rick Hastings and Austin Dickey have been making and bottling several varieties of their traditional, English-inspired artisanal hard cider since last summer (both have made cider as a hobby for years) to not only stock the new tasting room but to keep their cider taps flowing at bars and restaurants like Manito Tap House, LeftBank Wine Bar and the Flying Goat.

With all that, and the fact that both owners have other full-time careers, the tasting room construction and subsequent opening may have gone a little slower than they'd originally hoped. But in that time, they've made sure to oversee all the fine details, even booking a local artist to show work there for the April First Friday event.

Behind a small, five-person bartop, three wooden tap handles bearing the cidery's logo protrude from a wall, with the cider varietals' names and alcohol-by-volume percentages noted in chalk above them.