Dry Fly, the region's largest and oldest distillery, is expanding production for international export and moving to downtown Spokane 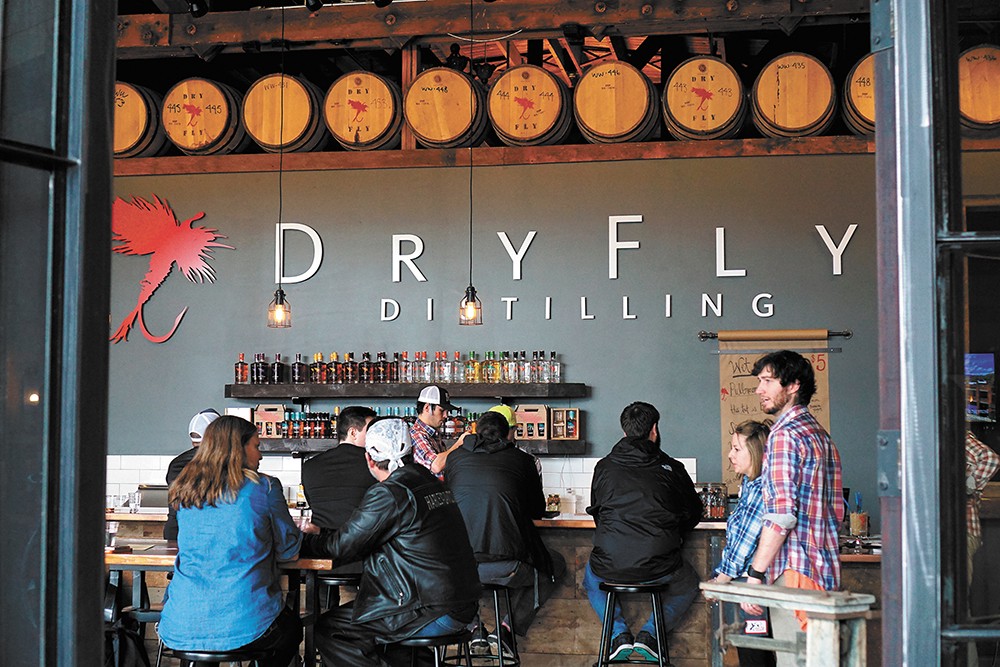 Spokane-based Dry Fly Distilling is gearing up to boost production of its Washington whiskey, gin, vodka, bourbon and barrel-aged spirits by more than 730 percent.

The distillery's partnership with Seven Seas Export, announced in late 2018 and now under a new LLC called Dry Fly Korea, will expand spirits production to serve new Pacific Rim markets, starting with South Korea. To meet this new demand, Dry Fly plans to increase production from its current 30,000 gallon annual maximum to 250,000 gallons each year and is opening a new distillery site in downtown Spokane.

While original plans had Dry Fly moving into a new mixed-use development at the former site of the city of Spokane's Fleet Services facility just north of downtown, a failed structural engineering test of the building meant that location was out.

In June 2019, Dry Fly announced that it instead plans to move into the Spokesman-Review's printing press building at Monroe Street and Riverside Avenue in the heart of downtown. The daily newspaper is moving its printing operations to Spokane Valley, meaning the Cowles Co.-owned property is available to new tenants, Dry Fly included.

"The location is amazing, and Dry Fly will have a Riverside address, which is kind of cool for us," says Don Poffenroth, Dry Fly president and CEO. "We're excited about this project, it's a really cool thing for Spokane."

Poffenroth says the distillery will be located in the building's north end, nearest the intersection of Monroe and Riverside, occupying a total of 32,000 square feet on two floors. He says the new facility's projected opening is late spring or early summer 2020.

Dry Fly's current distillery and tasting room on Trent Avenue along the Spokane River will remain in operation until the new site is up and running, he adds.

The new downtown spot will also have a tasting room, and a full-service restaurant.

"We'll have a bottle shop where you can purchase product and we'll have a separate pub, so when we separate that out we aren't restricted in what we can do from a cocktail or beer/wine perspective," Poffenroth says.

Dry Fly's expansion into the South Korea market will begin with exports of its vodka, gin, wheat whiskey and bourbon. A long-term plan is to export Dry Fly's products around the Pacific Rim.

Dry Fly was founded in 2007, becoming Washington state's first small distillery since Prohibition. Its distillery and tasting room (until sometime in mid-2020) is located near Gonzaga, at 1003 E. Trent Ave.

The original print version of this article was headlined "Flying High"

Sipping at the Source 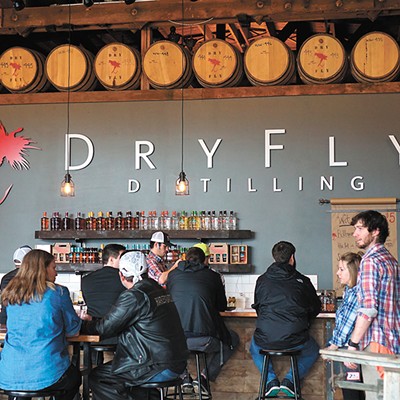 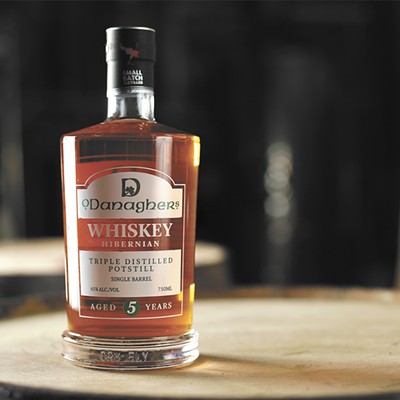