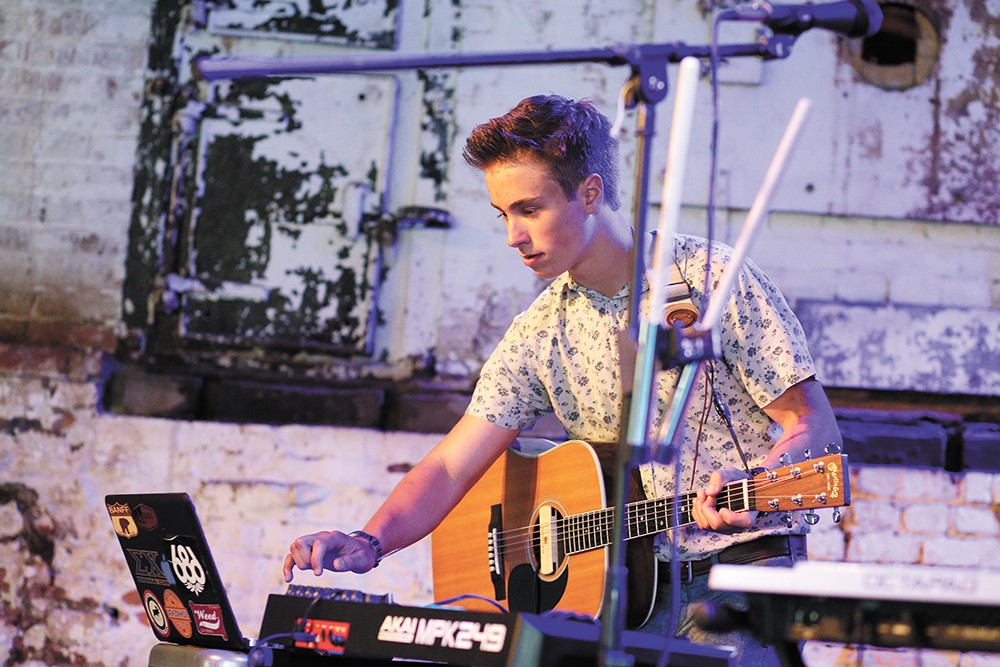 Dylan Hathaway isn't old enough to legally purchase and consume an alcoholic beverage, but he spends an awful lot of his free time in breweries and wineries.

It's part of the routine for the local singer-songwriter, who turned 18 earlier this month and has been performing acoustically around town on most weekends — at places like Iron Goat, LeftBank Wine Bar, Craftsman Cellars and Black Label Brewing — for the last few years.

"This is, for sure, where I got my foot off the ground," Hathaway says as we sit inside the Saranac Commons on a sunny Wednesday afternoon, just beyond Black Label's 21-plus barrier. It isn't the first place he performed locally — he had played some covers for customers up at the Green Bluff farms and was a regular at the Bartlett's open mic nights — but Black Label is where he started making money as a musician.

"I don't think I was nervous because it was an adult crowd, but looking back, I felt like I had something to prove," Hathaway recalls. "I have two older brothers, so I've probably spent more time in my life around people who are over 21. I feel like now, I'm more comfortable around [adults], because teenagers are pretty judgy. It's almost nicer to play for adults."

Hathaway was born in Connecticut, and his family lived in the small town of Brookfield until he was 13. They uprooted to Spokane in the summer before Hathaway went into the eighth grade, a move that he says was difficult for him: He was unfamiliar with this part of the country, didn't have any friends and had a hard time fitting in at Mt. Spokane High School.

So he wrapped himself up in music, something that came naturally to him since he picked up a guitar and taught himself to play when he was 10. Hathaway says he had previously performed one-off live gigs with his dad and brothers, who are also musical, but he never felt like he was in the spotlight. And then both brothers left for college, and Hathaway suddenly became a one-man act.

"I wanted to keep playing music," he says, "but I was alone now." 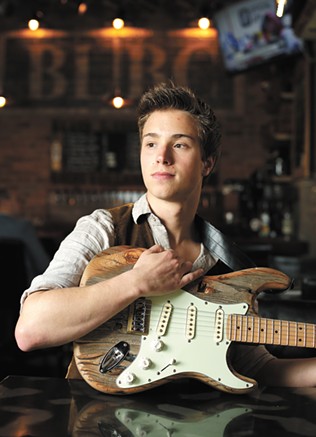 He still plays solo with an acoustic guitar and the occasional aid of percussion loops on a drum machine. It's a good setup, Hathaway admits, but the dream is to have a five-piece ensemble — another guitarist, a bassist, a flesh-and-blood drummer, a keyboardist and backup vocalist.

"I really look forward to hopefully having the opportunity to play with as many people as I can," he says. "One of my main goals ... is to find other musicians to form a band with. That's always been my end goal."

He says his typical setlist includes some originals (a few of which he's recorded), but is usually made up of "three-fifths covers," a mix of coffee shop favorites like Portugal. The Man and Milky Chance, and the classic rock bands his dad introduced him to: Rolling Stones, Pink Floyd, Led Zeppelin, Traffic.

This weekend, Hathaway is taking that catalog to Hotel RL's Living Stage for a charity show he calls Busking for Bread, during which he'll collect tips that go directly to Second Harvest. The concept started as a high school project and has developed into an annual tradition: This will be the fourth year Hathaway has raised funds, and he says he broke $300 last year during a performance at No-Li Brewhouse.

"Second Harvest is a great local nonprofit, and every dollar they get turns into five meals for families or individuals in need," Hathaway says. "As far as I can see, that's the best way I can give back to my community."

It's obvious, then, that Hathaway has warmed up to Spokane since moving here only a few years ago. His mom Cynthia, who books most of his shows (they both refer to her as a "momager"), credits the city and its venues with bringing her son out of his shell and connecting with his own artistic instincts.

"I think it gave him a really great purpose," she says. "He was a musician before moving, but he really became one here. ... It helped me love it here, too."
Now Hathaway is preparing to leave for the University of Washington in the fall, where he plans to major in business and minor in music with a focus on the engineering and production. It's not enough to be just a polished musician: You have to be in the know about all aspects of the industry, Hathaway says.

"I like to think of myself as a pragmatist," he says. "It's about honing your skills in the art you specialize in and also having the business sense to market yourself, to manage yourself.

"And to make sure record labels aren't taking advantage of you." ♦

The original print version of this article was headlined "Local Transplant" 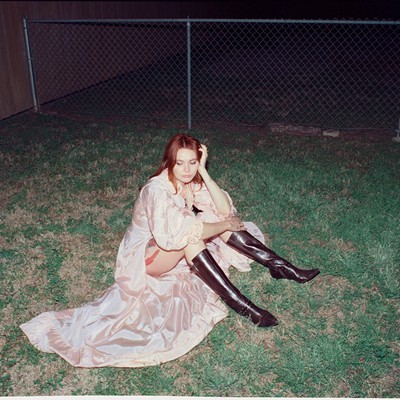