Environmentalists sue to block Prop 1, which would stop Spokane from banning natural gas 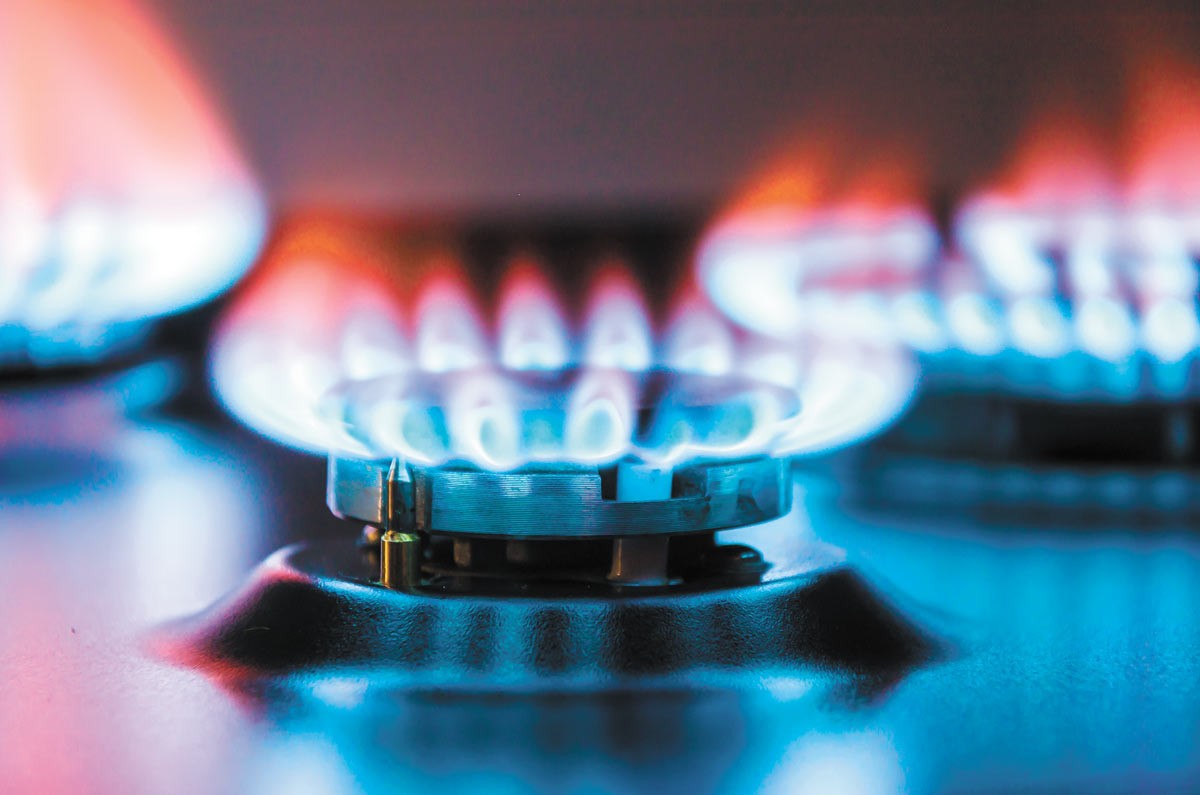 As governments work to reduce greenhouse gas emissions, some are looking at bans on natural gas hookups in new construction.

A ballot measure that would ask Spokane voters if they want to block the City Council from ever banning hydropower or natural gas could itself be blocked from making it onto the ballot if environmental groups get their way.

Slated for November's General Election, Proposition 1, or the "Spokane Cleaner Energy Protection Act," would prohibit the City Council from following in the footsteps of other cities like Seattle, which have banned natural gas hookups in new construction.

The natural gas bans passed in other areas have been touted as necessary for greenhouse gas emissions reductions that are required globally if humanity is to avoid impacts from climate change that are far worse than what is already unfolding.

Utility and gas companies have pushed back against such bans in other cities and states, saying they need to be able to have a variety of options as they provide power.

Prop 1 also would prevent the City Council from banning hydropower, something that hasn't been discussed as an option for emissions reductions. Hydropower is the largest renewable resource Washington currently relies on.

Many of the discussions are driven in part by a state level commitment Washington has made to get its power system carbon neutral by 2030, with 100 percent non-emitting and renewable energy sources by 2045. Eliminating fossil fuel use is part of that plan.

Jennifer Thomas, the director of member services for the Spokane Home Builders Association, brought the initiative forward as an individual citizen, though she says her work through the association helped her learn about issues facing the construction industry.

"Instead of taking something away that we still need right now, let's come up with better solutions while we're getting to that 2030 metric," Thomas says.

Whether voters will get to weigh in remains to be seen. Members from different environmental groups and health care organizations in the area have joined together under a new nonprofit, Protect Spokane Action, to file a lawsuit to stop the measure from making it to the November ballot.

They argue that the measure is illegal for three reasons: It would interfere with the enactment of state policy; it would limit the City Council's statutory authority; and it addresses administrative matters.

"We just don't think that it has legal standing," says Amanda Parrish, executive director of the Lands Council and the sole officer of Protect Spokane Action. "Prop 1 is trying to tackle issues that can't be addressed through a local initiative."

Importantly, the report noted that even if global emissions were totally stopped today, warming and increased natural disasters would still continue for decades. If global emissions aren't stopped or dramatically reduced with urgency, things like droughts, wildfires, melting glaciers, floods and more will all be far worse.

"We have to take drastic actions now — 'we' meaning all nations. It has to be really coordinated, aggressive political action to reduce greenhouse gas emissions, and natural gas is one source of those greenhouse gases," Parrish says.

Parrish says she thinks the ballot measure could be misleading, with the title including the words "cleaner energy."

But Thomas explains that she wants the community to not only consider moving to clean energy sources like wind and solar as emissions are reduced, but to also include "cleaner" options that may not be as good, but which help meet real needs for power and heat.

"I guess where my fear comes in — as a consumer, as a homeowner, as a single mom — is this has significant long-term impacts not only for me but for my kids and grandkids," Thomas says, "and there are committees making significant decisions without a vote [of the people]."

Thomas bought her house in Hillyard in 2013 and says she understands the struggles of having to choose between paying a heating bill and paying for food. (Her appliances are electric, not gas.) She's concerned about increasing home costs and the potential for higher utility bill prices, and worries about backup options during power outages.

"What are people in those houses that are all electric doing when the power's out?" Thomas asks. "I need an option that's readily available, and I need an option that is affordable for my neighbors, and for people on fixed incomes that can't afford to have a luxury product."

But Parrish argues that Prop 1 doesn't increase options for future power planning, instead taking away options to reduce emissions.

"I don't know exactly what the future holds and how we here in Spokane are going to do our part in this global coordinated effort to reduce greenhouse gases," Parrish says, "but taking away one of our options permanently at this stage in the game is so absurd and unnecessary."

One of the concerns Parrish and others have is that the measure is supported by outside consultants with gas-company interests at heart.

"This is a campaign that is really driven by out-of-state interests that's trying to remove options for the City of Spokane and perhaps other cities to follow," says Knoll Lowney, the Seattle-based attorney representing Protect Spokane Action in the lawsuit to block Prop 1 from the ballot.

Thomas says she hasn't been paid to bring the measure forward by anyone and, in fact, she refinanced her house to pay for a feasibility study looking at energy options for the Inland Northwest that she expects could come out before the end of the month.

"I needed to not wait for someone else to be my hero, and I was asking, 'Why isn't anyone looking outside the box on this?'" says Thomas, who is not on the political committee Spokane Citizens for Cleaner Energy, 2021, which is spending money to support Prop 1.

So far, that committee has raised $56,204 in contributions, including $54,704 from the Spokane Good Government Alliance political action committee. The Good Government Alliance has received donations from developer Larry Stone ($50,000), Davenport developers/owners Walt and Karen Worthy ($15,000 each for a total of $30,000) and Washington Trust Bank ($15,000). The alliance has also received money from the Building Industry Association of Washington ($10,000), the Spokane Home Builders Association PAC ($9,000) and other political committees.

Prop 1 is also supported by Avista Employees FOR Proposition 1, 2021, which shows $2,780 in contributions of in-kind employee work for the political committee.

The courts could hold a hearing for the lawsuit sometime in late August or early September, Lowney says.

"We don't think this belongs on the ballot at all, and we're pretty confident that it'll be knocked off," Lowney says. "The courts have been pretty clear that when a local government is trying to fulfill state mandates, their work is no longer a local affair, and it's not subject to the initiative process." ♦

Digging for star garnets is hard work, but rewarding