Frank Ockenfels photo
Phoebe Bridgers has become a voice of a subset of her generation.

Everyone has different motives when entering a church. Some seek salvation. Some yearn for community. Others just want to find some sort of meaning for these lives we all know will be fleeting.

Some are just exhausted souls looking for a momentary place to rest surrounded by a little music.

I suppose I'd have been closest to that last one when I wandered through the doors of Central Presbyterian Church in Austin, Texas, on March 18, 2017.

I'd spent the week binging music as part of South by Southwest, taking in well over 50 live sets over the course of the week, and everything was winding down. But I hadn't made my way to a set in one of Austin's downtown churches — a prime SXSW experience — so I trekked to see the last one of the week. I just wanted some musical peace, regardless of the performer.

I entered the sanctum and sat near the front to take in the music of a 22-year-old singer-songwriter from Los Angeles who I'd never heard of before (not surprising, as her debut LP wasn't set to drop for another six months).

When the white-haired young woman took the stage, she was humorously sheepish, bantering about how weird it was to sing the curses in her songs in a church. Her presence was so disarming and casual that I was not fully prepared for the beauty of the songs she had to offer. They were hushed, crushingly sad hymns that seemed to haunt the holy space with spellbinding melancholy.

I wouldn't say my first time seeing Phoebe Bridgers was a religious experience, but the sacred surroundings that warm Austin night might belie that point. 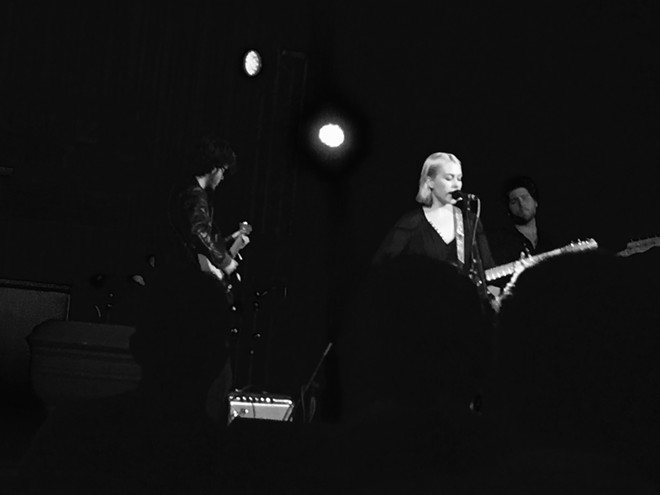 W hen her album Stranger in the Alps arrived later that September, getting to spend time digging into these songs which I had only heard on first-pass live, made me yearn to go back to Central Presbyterian to relive the show with all Phoebe's wordsmithery and mournful melodies freshly tattooed in my mind. I instantly became a disciple preaching the Good Word (Bummer Word?) of Bridgers.

One of the best albums of the past decade, Stranger in the Alps offers so much more than the oft-used and reductionist "sad girl songwriter" label conveys and made Phoebe such a breath of fresh air. While there are true moments of rip-your-beating-heart-out-of-your-chest devastation on tracks like "Funeral," the first thing that grabbed me was the underlying wit and mirth hidden in her complex lyrical dexterity. There's just the hint of playfulness amid the gloom that feels like the actual experience of being human — tiny smirks in the darkness. Bridgers made undeniable pop-rock songs out of grooming ("Motion Sickness"), whispered lullabies that float aimlessly amid loss ("Smoke Signals"), and folk-rock wrestling with the pain and disconnect of young adulthood ("Scott Street"). Debut albums simply aren't supposed to be packed to the gills with such masterful songwriting.

It's hard not to be invested in an artist when you happen to stumble across their immense talent before a large audience catches on. It's like seeing a young family member grow up and thrive, rooting them on all the way. Hoping others recognize their immense potential.

Thankfully, indie music fans caught on to Bridgers pretty quickly. Stranger in the Alps didn't set the world on fire, but it caught on enough that Bridgers became a legit headliner who could pack 'em in at rock clubs. At the very least, she'd reached the level of success where she'd be around for years to come.

Her profile was further boosted by joining her elite songwriter contemporaries Julien Baker and Lucy Dacus to form the indie supergroup Boygenius. The band's lone self-titled EP is loaded with gorgeous, harmony-packed songs full of keen songwriter details, and the three vocalists blend seamlessly for one of the most instantly relistenable albums in recent years. (The Boygenius tour remains one of the best concerts I've ever attended.)

As a fan, I was incredibly pleased that Bridgers had "made it," and would probably hang around the enviable career success level comparable to Baker — a small-theater headlining indie songwriting heartbreaker. Even as an early booster, I didn't expect Bridgers to reach a superstar level. Not because her talent is deficient, but because the music industry doesn't often prop up its beautifully bummer poets on the pedestals reserved for pop stars.

Then the world shut down. 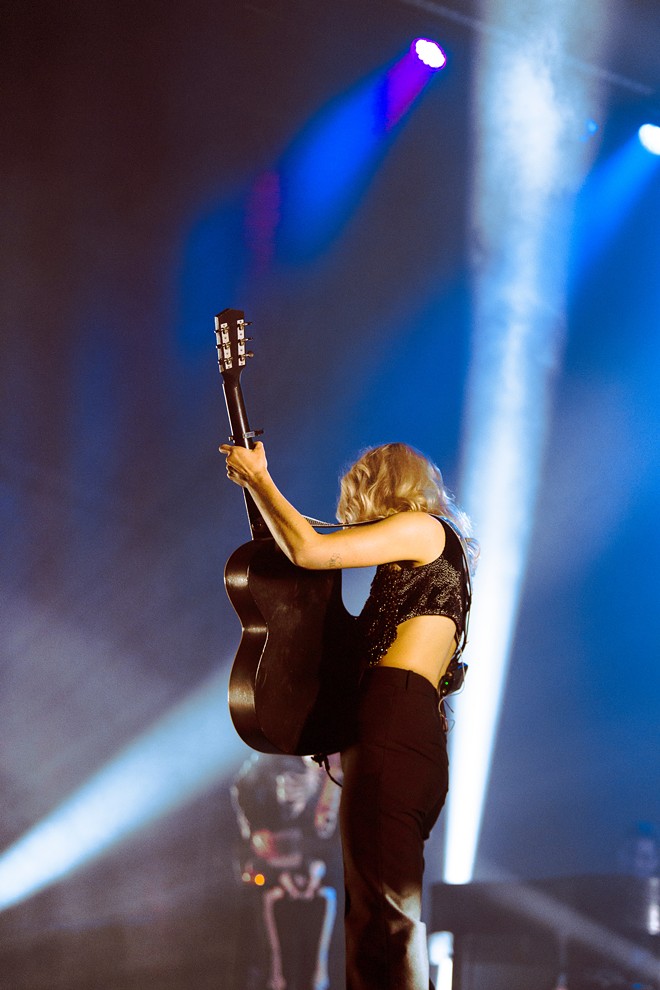 But when Punisher arrived in June, it proved to be the perfect album for the time. This collection of tunes entered the world amid lockdowns and death and peak fear, and in a strange way its vibe almost felt like a comforting balm.

The pandemic made everything feel adrift in 2020, and Bridgers' songwriting about untethered young adult confusion (unintentionally) matched the mood. Loaded with dark humor, painful heartbreak and distinctly young millennial turns of phrase ("And when I grow up, I'm gonna look up / from my phone and see my life," "Windows down, scream along / to some America First rap country song," etc.), the album quickly snowballed in popularity as new listeners felt incredibly seen by these wistful and depressive rock songs. Even when diving into hyper-specifics like struggling with daddy issues in Japan or drugstore hours in LA, the tone carried an aura of universality for pretty much anyone 35 and under.

In these strange times with limited new releases, Bridgers suddenly became an "it girl." She had a perspective and look that caught on with young adults and kids, so every publication imaginable had to have an interview or profile. She was seemingly everywhere to the point of overexposure.

Compared to other major pop acts, Bridgers exuded a vibe of extreme casualness. There's an awkward bashfulness she doesn't try too hard to hide. She's never (intentionally) felt like a rock star, more like your coolest friend who occasionally drops the veneer to be nerdy and sad with you. She might try to smash a guitar on SNL, but she'll probably do an amusingly subpar job of it, then laugh it off by dunking on old men trying to shame her on Twitter for it.

Bridgers has become the voice of Millennials and Gen Zers who feel physically and mentally ground down and exhausted by continually living in "unprecedented times." Her music allows for both a flood of sadness and eye-rolling mirth to walk hand in hand for a two-pronged coping mechanism. Her songs carry a starry-eyed nihilism, feeling the tech-age doomscroller weight of reality but finding a shining moment of wonder in the midst of all the muck.

Things came full circle for me when I traveled to Chicago in 2021 to see Phoebe Bridgers headline the Pitchfork Music Festival. Predictably, the stellar show concluded with Punisher's closer, "I Know the End." The song finishes with Bridgers screaming at full throat-shredding intensity until the cacophonous pomp fades out and she's left isolated and alone. All the air has left her lungs, and she's gasping for the final bursts of cathartic vocal release.

The screams may have been a far cry from the peaceful quiet of a church in Austin, but it's the perfect aural embodiment of how so many of us have felt these past few years. Phoebe Bridgers has become a star because she releases the ball of angst we all try to bury deep inside and invites us to scream it the f— out with her. ♦

The original print version of this article was headlined "I Know the End... and the Beginning"