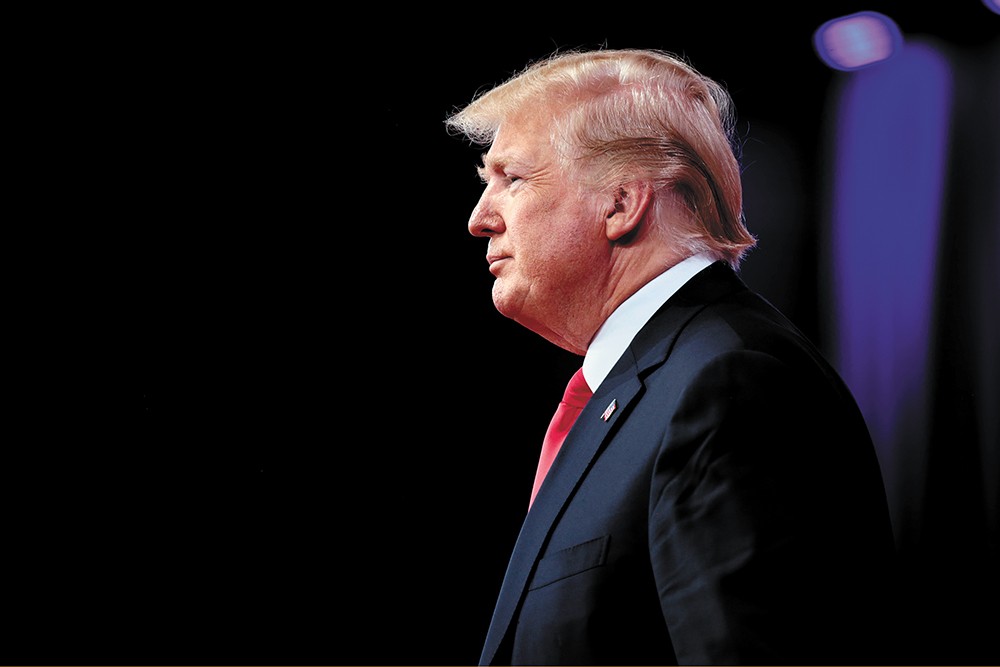 Gage Skidmore photo
Who better than Trump to restore the delusion of white supremacy in American politics/society?

In 1908, Jack Johnson stunned the world when he became the first African American to win the World Heavyweight Championship. White Americans prayed for a white boxer, aka "The Great White Hope," to strip Johnson of his title. Two years later, Jim Jeffries answered their prayers and challenged Johnson to the Fight of the Century in Las Vegas. Jeffries was defeated. White Americans were outraged; riots broke out; people died. Racism was so intense, prize-fight films were banned from distribution across state lines (Weber v. Freed) for fear more riots would occur when white audiences saw a black man beating a white man, even if in the boxing ring. Seven years later, Johnson was finally defeated by Jess Willard, and the delusion of white supremacy could be restored.

One-hundred years later, Barack Obama became the most powerful man in the world. Many Americans were outraged, and they too prayed for vindication. Their prayers were answered in 2016 when Donald Trump won the election, the perfect antithesis to Obama. Once again, the delusion of supremacy could be resumed.

Obama's gone, so why bring this up now? When asked how Trump could have won the White House, the theory is that Trump won because he appealed to a working class left behind in an economy that brought extreme wealth to a few. However, is this loss of upward mobility the true source of white anger, or is it more an eruption from those who could not abide a black man rising to such heights while they languished in lower and middle-class lifestyles?

How could the working middle class embrace Trump, a self-described billionaire? Why would anyone believe he suddenly sprouted middle-class interests and values? The answer is simple enough. Trump manipulated their most primal fear, one that has worked well in white populations for centuries, fear of "the Other." Trump was already a known monger of racism and hate with a national presence. For those praying for vindication, who better than Trump to restore the delusion of white supremacy in American politics/society?

Obviously, we prefer to think the attraction to Trump is economic, not racial. Unfortunately, the roots of racial supremacy are not only hard to unearth, they are hard to identify, so they continue to spread deep below the surface. Yet, we must acknowledge that the irrational devotion to Trump does not come from loss of economic progress. Too many of us have been left behind to use that as an excuse.

To be fair, not all Trump supporters are angry. Coming from the other end of the socioeconomic spectrum, the more wealthy among us appreciate his tax cuts and deregulation that brings them even more wealth without having to pay external costs; as long as they feel Trump enhances them financially, they are willing to overlook his troubling, potentially criminal behavior and pretend he is not so bad.

We are a nation founded on great principles and ideals, but our weaknesses keep getting in the way. Yet, I still believe we can be a beacon to all that is good in the world, the Shining City on the Hill, a leader of nations among many great nations, a nation of undaunted courage and yes, a nation with the audacity of hope to be the greatest of all.