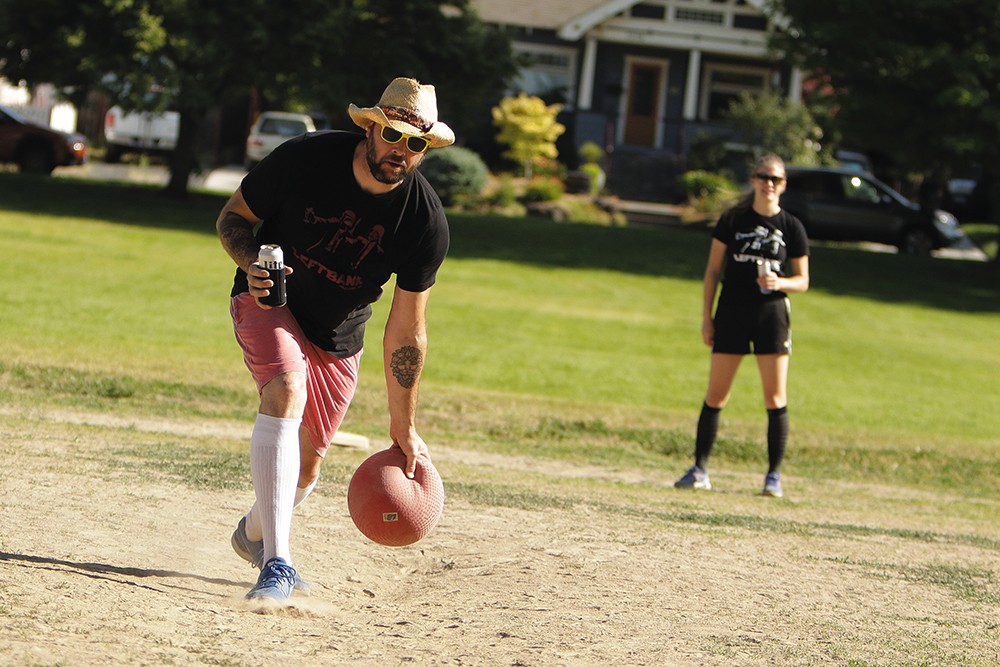 BigFoot KickBall League has a Commissioner Gordon and a whole bunch of Jokers, but no bats.

It sounds like this situation would make it hard to play ball, but by all accounts they're doing fine.

The adult league has been playing kickball every summer for five years now. Most people know the sport from fifth grade recess, but the simplicity and low skill threshold of the game appeals to adults, too.

BigFoot prides itself on the creation of witty team titles. Its members connive an incredible range of puns, references and connections to kickball to make their team names stand out. "The Ballbarians" and "We've Got the Runs" are two favorites, league commissioner Isaac Gordon says.

When players aren't competing with titles, they're competing for the league's title and ownership of the Jack Cup. The award is named after Gordon's grandfather.

"He was a big league sport guy. He bought the trophy," Gordon says. "I wanted the biggest trophy available so we could drink out of it."

Beer also plays a big role in the league. In past years, players passed the first inning of each game with a beer in hand. The relaxed atmosphere helps the league retain players. James Thompson has been on a team for three years.

"It's the camaraderie, getting to know other friends, getting to know other people, get out and be active and still have a good time," he says. People can join with their own team or individually by contacting league commissioner Gordon at bigfoot_kickball_league on Instagram or BigFoot Kickball League on Facebook.