Growing up in Biddeford, Maine, Joey Cordeau started skiing when he was in high school. "I started so I could get in on the school ski trips, and then I saw this freestyle skiing movie in 1972, the year before I graduated, and I said, 'I can do that.' They were falling everywhere. 'Yeah, I can do that — I want to do that,'" Cordeau recalls with a laugh as we ride the chairlift at Lookout Pass.

Over the next 50 years, Joey would be be heavily involved in the sport of freestyle mogul skiing. He's appeared in over 10 Warren Miller films, his images have been featured in skiing magazines numerous times, and he won the title of World Pro Mogul Champion four times in the 1980s. 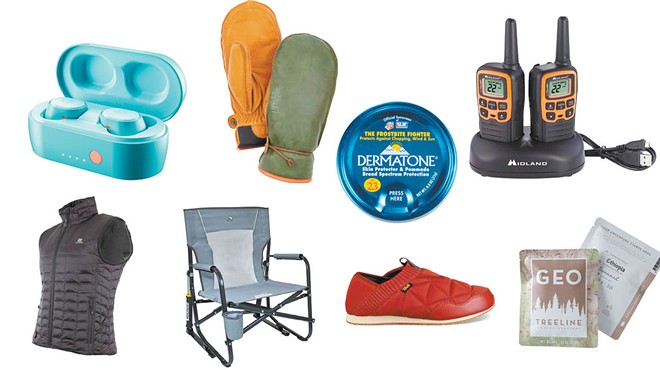 Joey's competitive skiing career started in 1973, when he entered his first freestyle contest. "I had terrible results, and I wanted to get better," Joey recounts. "So over the next few years I pursued it, going to Sugarloaf, Maine, for a few years. Then all my friends said, 'You want ski moguls, and Sun Valley's the place you need to be,' so I went to Sun Valley and spent a year there, just skiing and honing in on everything."

After a few years strictly focused on getting better in the moguls, Joey decided he was ready to compete again. His first event was in Waterville Valley, New Hampshire, where he made the finals — a big improvement from a few years earlier. After that event, Joey made the drive halfway across the country to Boyne Mountain, Michigan, and placed third. He was now starting to have some success.

In 1979, the World Pro Mogul tour started up, and Joey focused his skiing efforts on competing on that tour. His first season he had mixed results, but the following year it all came together for Joey, and he was crowned World Pro Mogul Champion in 1980. His perseverance was beginning to pay off.

One day in the winter of 1981, Joey came across a brochure for a new Pro Mogul tour that was sponsored by the Swedish car company Saab. "I saw a little brochure at a ski shop two weeks before this first contest was going to start. Like, 'Holy cow, they're giving a car away, man. I got to get in on this,'" he recalls thinking.

Together with four of his mogul skiing buddies from Sun Valley, he and his new wife, Barb, drove cross-country in a van that a Sun Valley ski shop had loaned them.

Joey's reputation as a mogul skier was far-reaching. One skier who looked up to Joey was freestyle skier Bob Vogel, who was a stunt double in the movie Hot Dog.

Bob, or BV as his friends call him, had this to say about Cordeau: "Like many up-and-coming mogul skiers, I first saw Joey Cordeau's iconic style on the big screen by Warren Miller and Dick Barrymore — no ski movie in the late '70s and early '80s was complete without a segment of 'Sun Valley's hottest bump skiers shredding huge powder bumps.' Cordeau's effortless-looking style, his power and technical skill were remarkable, knees and skis glued together, huge absorption and tip drive into each mogul with serious carving angulation. Emulating his style became a lofty and elusive goal for me."

BV entered a few Pro Mogul contests in the '80s and got to see Joey in his element firsthand, including at the world championship in Snowbird, Utah.

"I was knocked out of the early rounds by the massive moguls on Silverfox — a run that is deemed too steep by today's FIS World Cup mogul standards. I got to see Joey win the World Pro Mogul Championships on that run. Cordeau's ability is even more impressive in person."

Joey's talent was in high demand by sponsors, filmmakers and photographers. "I kind of rode the wave, doing ski pictures with photographers and one of my sponsors at the time, Quicksilver clothing. I did a bunch of Warren Miller films; Warren took me over to New Zealand once or twice," Joey says with a humorous smile.

In the '90s, Joey slowed down a little to focus on family and his painting business. In the summertime, Cordeau's painting crews would travel to numerous ski resorts and paint the chairlift towers and chairlifts. In the early 2000s, Joey really focused on coaching kids in Sun Valley.

Joey is one of the more renowned mogul coaches in the freestyle skiing world, and he's helped pave the way and progressed the sport with his techniques. Over the years he's created a wave of young skiers as future U.S. Ski Team Athletes including both his children, Shane and Christine. Shane was on the U.S. Mogul team, and Christine was on the first U.S. Skier Cross team.

Now at 66, with over 20 years of coaching freestyle athletes, Joey has officially retired from ski coaching. He and his wife of 43 years, who's also a former pro mogul skier, are pulling up their deep Sun Valley roots and moving to North Idaho.

Joey and Barb have lived in the Sun Valley area for over 40 years. But over the past 10 years, the couple had visited a few times to the Silver Valley area, where one of their longtime Sun Valley friends had moved. During one of these visits, the friend took Joey and Barb skiing at Lookout Pass, and the hook was set.

With its close proximity to the Lookout Pass and Silver Mountain ski resorts, Wardner, Idaho, is where the Cordeaus will now call home.

Joey said, "I was just looking for a small hometown thing and more. Hailey, Idaho, used to be like that — where everybody just goes out and does their thing and skis a lot. One of the main reasons we came up here: I was looking for soft snow and a different vibe in the ski world, sort of a hometown vibe."

Joey has taken on the role of contractor as he's currently building their retirement home on a hillside in Wardner. One of the good things about being your own boss is, you can take time off for a good ski day like he did when we skied at Lookout Pass on a beautiful bluebird day.

With a new home under construction and a new dream, Joey is settling down and enjoying this new retired routine to its fullest. With ski passes at both Silver and Lookout, Joey is already racking up some days at his new playground.

You can hear it in Joey's voice on the chair: "Like I said, Bob, it's a hometown place. I love the fact that people are just out having their fun, and it's not a big race everywhere. I knew this was it. Like they say in Texas: I may not be from here, but I got here as quick as I could." ♦

The original print version of this article was headlined "Mr. Mogul"