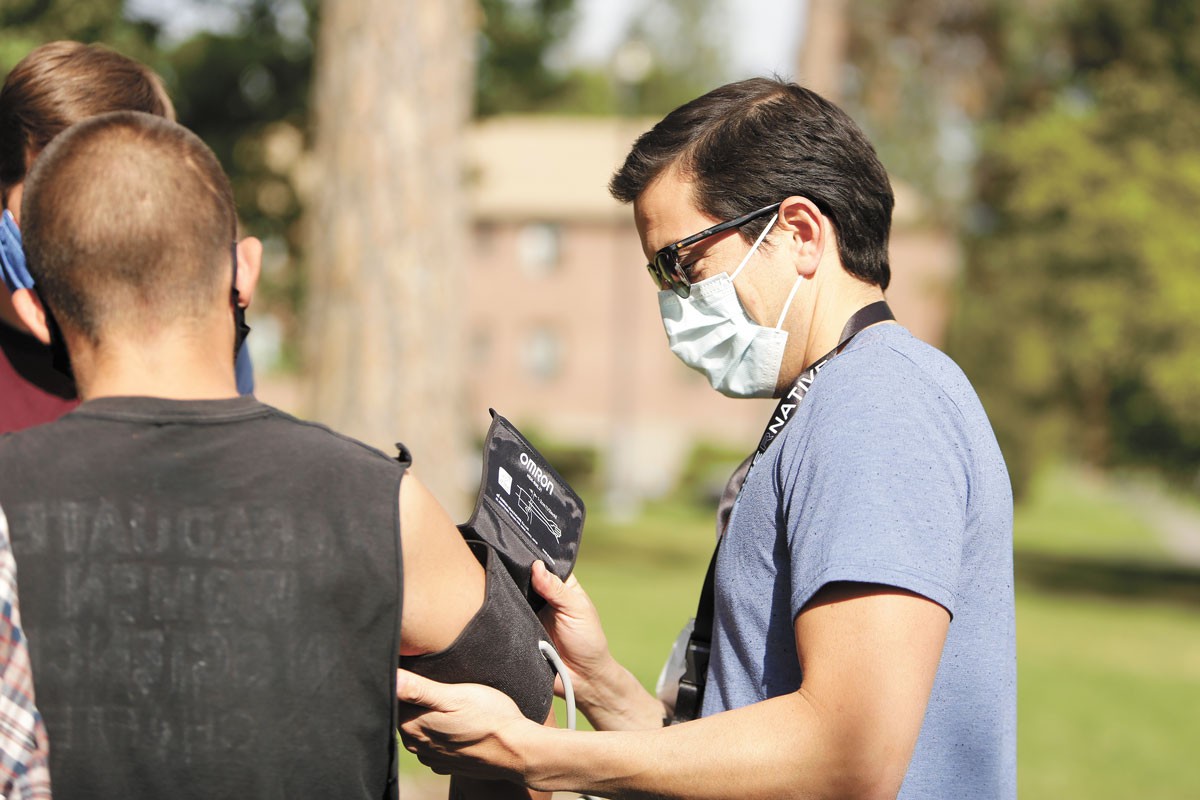 The team arrives with stethoscopes draped around their necks, shouldering a backpack of medical supplies. It doesn't take long for somebody at the park to notice them.

Within minutes, a man walks across the grass and shares that he's had bouts of dizziness and often feels lightheaded. Luis Manriquez, a doctor and an assistant clinical professor at the Washington State University Elson S. Floyd College of Medicine, unzips the backpack so he can take the man's temperature and measure his blood pressure. He asks routine medical questions, the kind you'd get asked during any medical check-up. Only this is far from a clinical room. It's the middle of Coeur d'Alene Park in Spokane's Browne's Addition neighborhood, some 20 feet from the street.

"The whole concept of street medicine is basically to be able to provide the care people need at the time you see them," Manriquez tells the Inlander.

This street medicine team is a new collaboration among a handful of organizations including WSU's College of Medicine, Spokane Neighborhood Action Partners (SNAP), Jewels Helping Hands, CHAS Health, the Spokane Regional Health District, the Spokane Alliance and others.

Since the spring, they've sent outreach teams to the streets, screening individuals experiencing homelessness for COVID-19 and providing basic medical care. Arielle Anderson, homeless services coordinator for SNAP, says the idea has been talked about for a while but didn't come to fruition until this year.

"It wasn't until COVID hit that the opportunity manifested very organically and quickly," Anderson says.

The team has caught a couple COVID-19 cases among the homeless population, but it's helped more often in other ways. They catch health issues before they turn more serious, which prevents hospitalizations and visits to the emergency room during the pandemic. And if people are distrustful of the health care system, the street medicine team can often meet their needs.

"It's helping people not just take care of emergencies, but keeping them from falling through the cracks," Manriquez says. 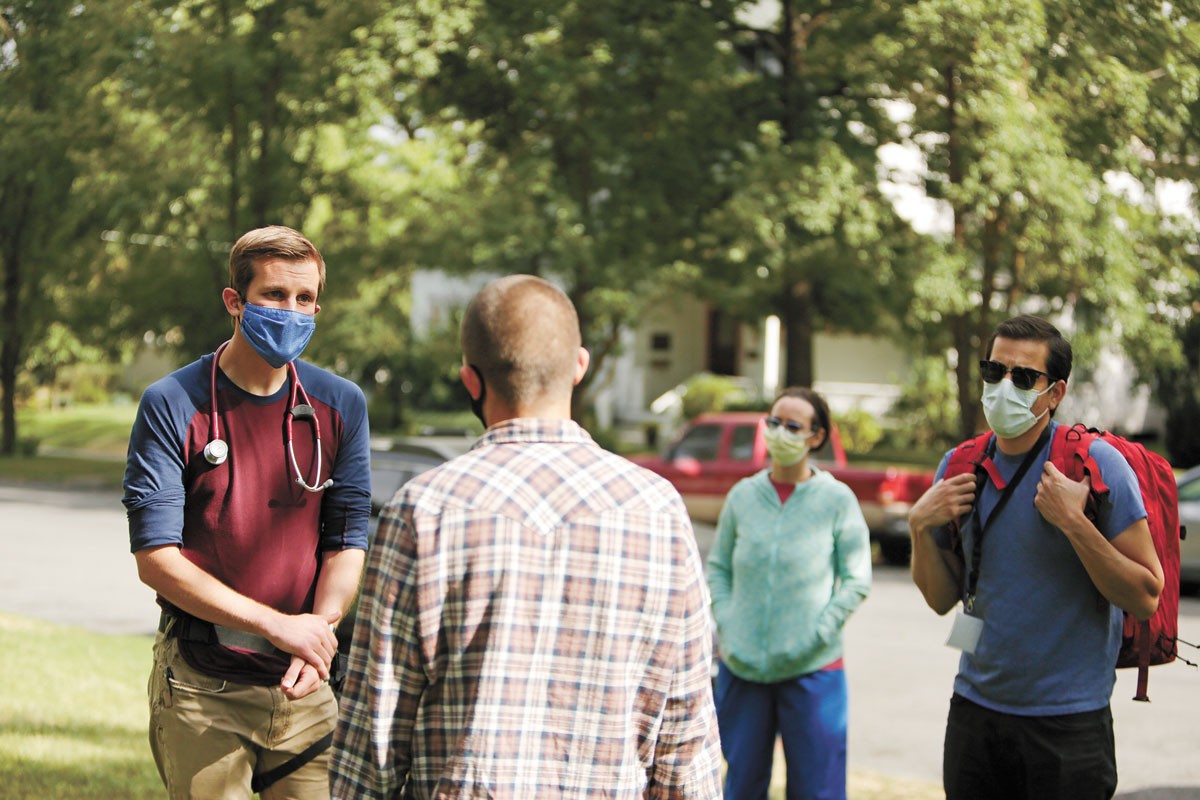 Young Kwak photo
Members of the street medicine team speak with a homeless man in Spokane earlier this month.

In December, before COVID-19 hit the area, several groups, including WSU and the regional health district, began to discuss forming a street medicine team. At the time, it looked like it might take a while to actually put it together, says TJ Byrne, a physician's assistant who conducted a similar program in North Idaho.

The pandemic greatly accelerated the timeline. Byrne, who has volunteered to help start Spokane's street medicine initiative, says he and several organizations quickly cobbled together teams with clinicians and outreach workers to go out and screen people for COVID-19 in the spring.

"We soon realized the need is massive, COVID or no COVID, just with the high numbers of unsheltered homeless in Spokane County," Byrne says. "There's just a need in every city, and it's very apparent in Spokane."

Teams go out several times per week, and they have the ability to test for COVID-19 on the spot, then have the tests processed at Providence within a day or two, Manriquez says. If it's positive, they can coordinate with the health district for contact tracing.

In the past, Anderson says homeless outreach coordinators with SNAP might have just called 911 for people with immediate needs.

"This has brought to the people on the streets the ability to have a medical provider determining right then and there if emergency services would be needed or warranted," she says.

Manriquez says he hopes that Spokane street medicine — an informal name for now — can build into something more stable moving forward. Right now it's set up as an initiative of WSU's clinical practice program, a nonprofit separate from the medical school that provides an opportunity for medical students to learn how to care for vulnerable populations in the future. His goal would be to turn it into an interprofessional program that could serve as a resource for any individual who is homeless and doesn't want to go to the hospital, or has a non-emergent health issue. He says they're in the process of raising money through grant funding.

It's one positive that may come from this pandemic, Anderson says.

"If there's ever going to be a silver lining in all this, this is one of those times, where we just all came together," Anderson says. "It was very serendipitous." ♦