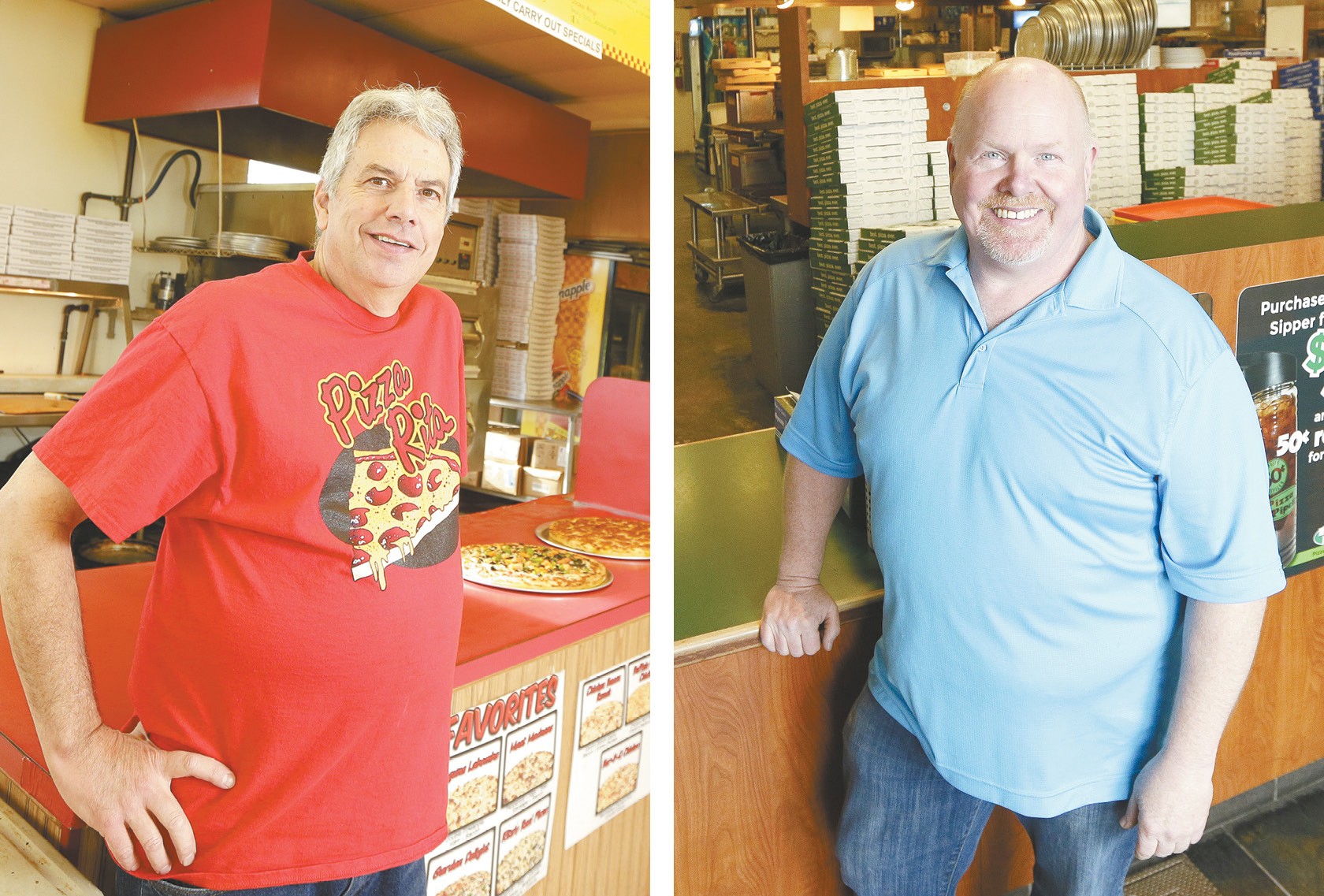 Its local counterpart and competitor Pizza Pipeline debuted the year before, in 1988, and currently oversees six locations in the Inland Northwest, including a franchise in Pullman.

No matter which of the two you're most loyal to, both reliably bring piping hot and affordably priced pies to local doors, and bellies. We sat down with co-owners of each to dig into their history, secrets to success and more.

His personal phone number is printed directly on coupons and is easy to find on Pizza Rita's website. On the "contact us" page, beneath an old black-and-white photo of Dickmann next to his grinning eldest daughter, Rita, the pizzeria's namesake (a play on "pizzeria"), is the heading "Contact Rita's Dad."

"I'm on the phone a lot," Dickmann notes. "My number is everywhere, and this is something pretty rare, but it's easier for me. Like, if there is a [bad] Yelp or Google review, I'll say 'Hey, I'm sorry, give me a call or text.' People ask why I put my personal phone number out there, but it's not like someone can punch me through the phone."

That's not to say Pizza Rita gets an unusual amount of complaints, but rather an example of the Dickmann family's commitment to customer satisfaction and business transparency.

"We welcome any pizza coupons, offers or specials, and always have — it's not just 'take' or 'accept,'" he says to emphasize the policy. "It's printed right on the box."

Dough for its pan-style pizzas is made on-site at each store.

"Technically it's more like bread dough than classic pizza dough," Dickmann notes. "We use a ton and a half of flour a week."

Pizza Rita's resulting pizza crust is perhaps its most distinguishing asset — thicker and more bready, as Dickmann describes, and with a toastier finish on the bottom.

Out of its many traditional pies and house specials, Dickmann says Pizza Rita's pepperoni remains its most popular, followed by the infamous Five Pounder ($24) loaded with 11 toppings.

At the end of each day, whether he's taking calls, slinging dough or making deliveries around town, being in the pizza business, for Dickmann, is about fun and community connections.

"I have a degree in accounting and finance, but I wanted to work at a place where people want to be there. Pizza is usually a pretty happy occasion, and even the shape of pizza is conducive to sitting around in a circle," he reflects.

It may be counterintuitive to order pizza through a third-party delivery service from a local joint that'll drive it directly to your door anyway — and for less — but Pizza Pipeline has good reason for being listed with Uber Eats and DoorDash.

"We don't need it, but we want to make sure we're in their network so people coming in from out of town can find us," explains Pizza Pipeline co-owner Mike Kight.

Indeed, these third-party apps have resulted in travelers to the area ordering from the local chain who otherwise might have missed it.

After more than 30 years in business, Pizza Pipeline hasn't stopped evolving and adapting to demands of the market and advances in technology that connect it with customers.

"The market trends are people's taste buds," Kight notes. "We haven't changed the recipe for the pizza [sauce or dough], but we have changed the toppings, and move things in and out."

He lists off a few trends that have come and gone over the years, including meatballs, linguica sausage, European-style pizzas and more.

"We're always adapting flavor profiles," he continues. "Right now our margherita is doing really well, and a surf-and-turf with shrimp. The margherita is just a fancy cheese pizza, and we never had it. But we said we could make it, and it seems to be working pretty well."

The business also often experiments with non-pizza dishes, like its current promo offering a free half-pound of lil' smoky sausages with any regular-priced pizza.

"Last year we did free popcorn chicken," Kight says. "We like to bring in different specials and promos to try things. If it works, great. If not, let's try something else."

Kight and business partner Gene Boik opened the first Pizza Pipeline location in 1988, at the intersection of Sharp Avenue and Washington Street in central Spokane.

"It all started with a dream and a good recipe, I guess," Kight recalls. "Now we have 100-plus employees and all the food is made fresh. We have a production facility in Hillyard, and they make, slice and divide and do that daily to ship it to stores."

While it's since moved on from that first address, Pizza Pipeline's central hub at 1403 N. Division St. is the Bar, a full-service, dine-in restaurant and bar with a connected ordering and pick-up counter. Customers come there to watch games and play in twice-weekly pub trivia while enjoying slices.

"Pizza has been around for a long time," Kight reflects. "Everyone has grown up with it. Millennials haven't seen a generation without Pizza Pipeline. We try and have fun with it." ♦

RITA VS. PIPELINE: THE UNOFFICIAL THROWDOWN

In preparation for this issue, the Inlander ordered four pizzas from Pizza Pipeline and Pizza Rita, one classic pepperoni and one supreme-style with lots of veggies and meat from each.

Our aim was to find out which of the two local chains are most favored amongst our staff, members of which appeared to have some nostalgia-driven loyalties to one or the other. We rated slices in several areas: toppings, crust, sauce, overall flavor and toppings-to-surface-area ratio.

After tallying up the points — one awarded to a pie in each category — our very unscientific survey showed some surprising results: Pizza Rita and Pizza Pipeline are pretty much equally enjoyed by our team, with a final score of 41-39. As to who eked out that two-point lead... well, we'll leave that a secret. (CHEY SCOTT)