The economy's ups and downs have created profound dislocations, but yelling won't fix anything

"Do you remember that wonderful scene in Paddy Chayefsky's movie Network in which Peter Finch, as the news commentator, goes crazy. He urges everyone to go to the window and stick their head out and say, 'I'm mad as hell, and I won't take it anymore!'" 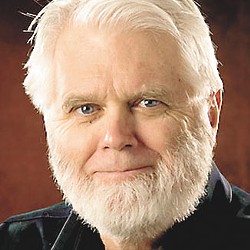 So recalled then-Congressman Al Swift in a speech he delivered back in 1982. He then observed, "great theater," but followed with, "It is probably the worst political advice given by anyone in this century."

And it's even worse advice today in this age of single-issue politics and negative campaigning. Swift went on to say, "It is a fundamentally passive response. It is a civic temper tantrum. It is the equivalent of a 2-year old who just lies down... and kicks his feet, trying to get his way." And, continued Swift, "what is really wrong with it is that is doesn't give any direction. It tells you only what people don't want, and it's even somewhat vague about that. It doesn't give political leaders a view of what people want, or where they want to go."

If ever there was a presidential election

which calls us back to the wisdom and warning that Swift sent our way 34 years ago, it has to be this one. More and more Republicans are distancing themselves from Donald Trump with some variation on "He isn't my candidate." Oh, but he is your party's candidate; as Paul Ryan, with misgivings, put it, "He won the nomination fair and square." In other words, you are all to blame, Republican primary voters.

(Speaking of disconnects, Cathy McMorris Rodgers, a "leader" in the consensus most inept and contentious Congress since just prior to the Civil War, has endorsed Mr. Trump. In turn, she was endorsed by Spokane's only daily newspaper — just after they ran a long column lambasting her party's record in Congress, under her leadership. Go figure!)

Recently published books and articles are now addressing the sources of all this anger. Some surprises: First, NAFTA likely isn't the primary culprit. Studies are showing that we are losing more jobs to technology improvements here at home than to relocation. Related to this, technology is also contributing to the rising inequality even among the gainfully employed. Seattle is a case in point: Amazon is hiring computer science (and related training) graduates at upward of $100,000 a year. Now consider what that's doing to the housing market. You get a letter in the mail informing you that next month your rent will triple. I have a friend who tells me that his sister, who has for years rented a small two-bedroom apartment in San Francisco, is now paying $7,500 a month. Seattle isn't far behind.

And there are other consequences. Take for example the Amazon complex at South Lake Union. They call it a campus, but it's really a disguised industrial park. With growth comes costs — cultural, social, civic and yes, economic. What was diverse, small-scale, spontaneous, even funky is becoming corporate and institutional — a high-tech version of monoculture.

As for social impact,

There's no way that these wages aren't driving away what has made Seattle an interesting city — music, restaurants, bars, clothing stores, bookstores, schools, universities and a wide range of medical sector employees, among others. These folks can no longer afford to live in Seattle.

As for Trump's nasty threats against Mexican workers, the data show three changes of importance: First, from when immigration peaked in 2010, at the very time that job recovery began to take hold, the number of immigrants has dropped. With more opportunity to make a living staying at home, they are doing just that. Second, this reversal of immigration, notes the Pew Hispanic Center Report, might be attributable in part to tougher border enforcement and deportations. Third, and most significant, the birth rate in Mexico has dropped to an average of two children per woman. All this should be viewed in the context of a Mexican per capita GDP increase of 45 percent since 2000, with comparable increases in family income.

Technological advancement has always, throughout time, led to dislocation — to dying industries and even social unrest. What the country, the business community and the government must figure out how to do is to address the rising income inequality, along with the social and cultural problems it spawns. Yes, those are the very same problems that are not solved but only made worse by candidates shouting, "I'm mad as hell, and I won't take it anymore!" ♦