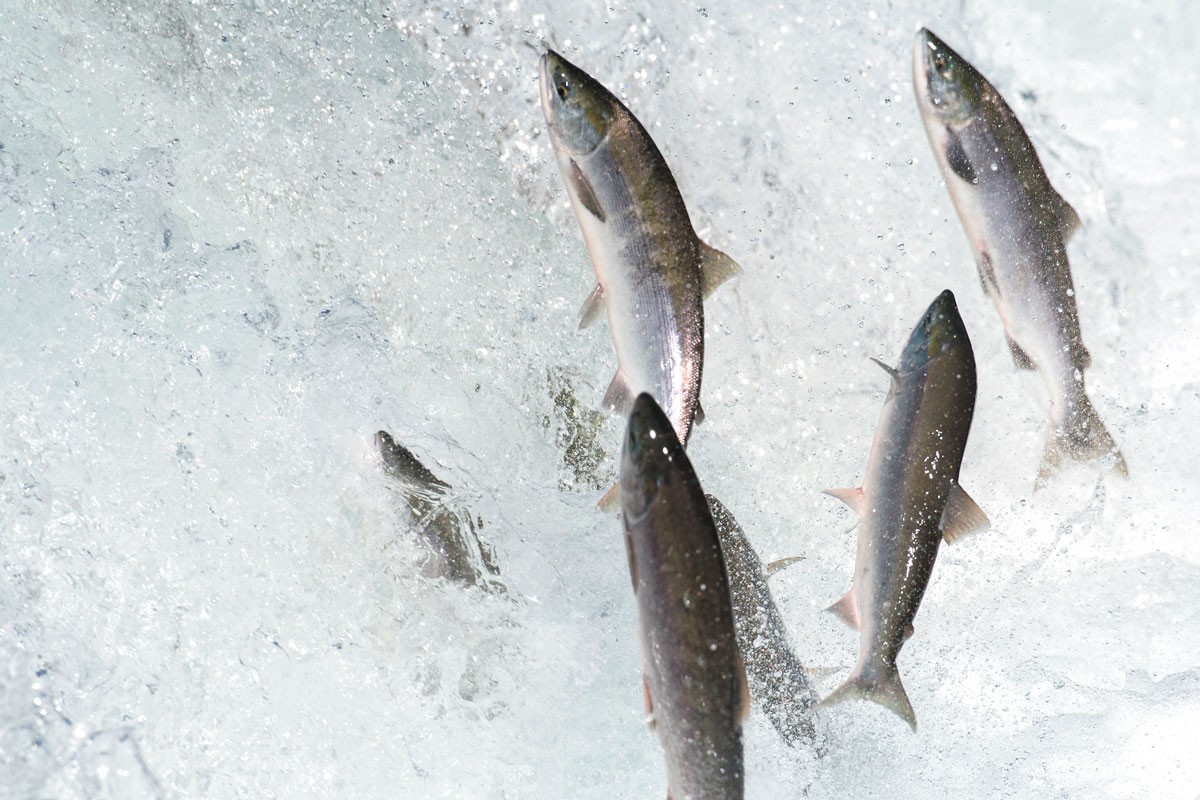 At least one salmon advocate believes people are starting to pay attention.

By the time a coalition of anglers and conservationists came together in 1991 with the common goal of saving fish runs on the Snake River, there had already been a dramatic decline in many of the androgenous species that split their time between crystal clear Northwest rivers and the vast Pacific Ocean.

As the number of Snake and Columbia river dams that fish must pass continued to grow during the mid-1900s, wild fish passage numbers for Snake River spring/summer chinook, sockeye and steelhead all plummeted.

The groups' shared goal became the name of their coalition: Save Our Wild Salmon.

"Snake River coho [salmon] had been declared extinct in 1988," says Sam Mace, Inland Northwest director of Save Our Wild Salmon. "So many of the salmon stocks were getting listed under the Endangered Species Act. The runs were in decline."

Even as the impacts of the hydro system seemed significant when the coalition formed, it didn't immediately push for removal of four lower Snake River dams, Mace notes.

"Conservation and commercial fishing and sport fishing groups don't agree on every issue affecting salmon and steelhead, but coming together and finding that common ground to work on shared problems has really been the success of our coalition," Mace says. "We worked hard for years to see, 'Are there ways to manage the hydro system that are easier for the fish and gives them a chance?'"

But by 1997, when the economic gain of the dams seemed outweighed by the economic devastation on the fishing industry, removal became a priority.

In the meantime, the coalition has pushed to increase water spill over the dams to ease the journey for juvenile salmon. They've also lobbied lawmakers to seriously consider dam removal, participating in environmental studies over the last 20 years.

Even as the most recent environmental plan for the dams won't require removal, Mace says she's more hopeful than ever that people are understanding their perspective.

"Even under this weird time in our country right now, I am the most hopeful that we're gonna succeed than I've ever been," Mace says. "I think it's a wakeup call for folks to see the orca starving in Puget Sound and their connection to our river. People are seeing there has yet to be an unsuccessful dam removal. They're seeing the positives for communities, and it's definitely growing the support."

The small Northwest staff is supported by interns and volunteers, Mace says. This fall, in addition to taking on interns for the school year to monitor things like water temperatures in reservoirs (email carrie@wildsalmon.org for internship opportunities), the coalition will also work on a Snake River vision project, she says.

That work could include gathering historic photographs and imagining opportunities for recreation. Importantly, it will also envision what a revitalized rail transportation system could look like for agriculture, as well as the other renewable energy resources that might replace energy generation. Everyone from birders and kayakers to historical researchers can help with that effort, she says.

"We haven't restored the fish back to healthy numbers yet but we've gotten a lot more help for the fish over the years in terms of how the dams are managed," Mace says. "We feel really good about that work ... and people are realizing we don't need every single dam." ♦