'Neither Consistent nor Inconsistent'

Mary Verner keeps a tight grip on police records while trying to win concessions from the Guild. 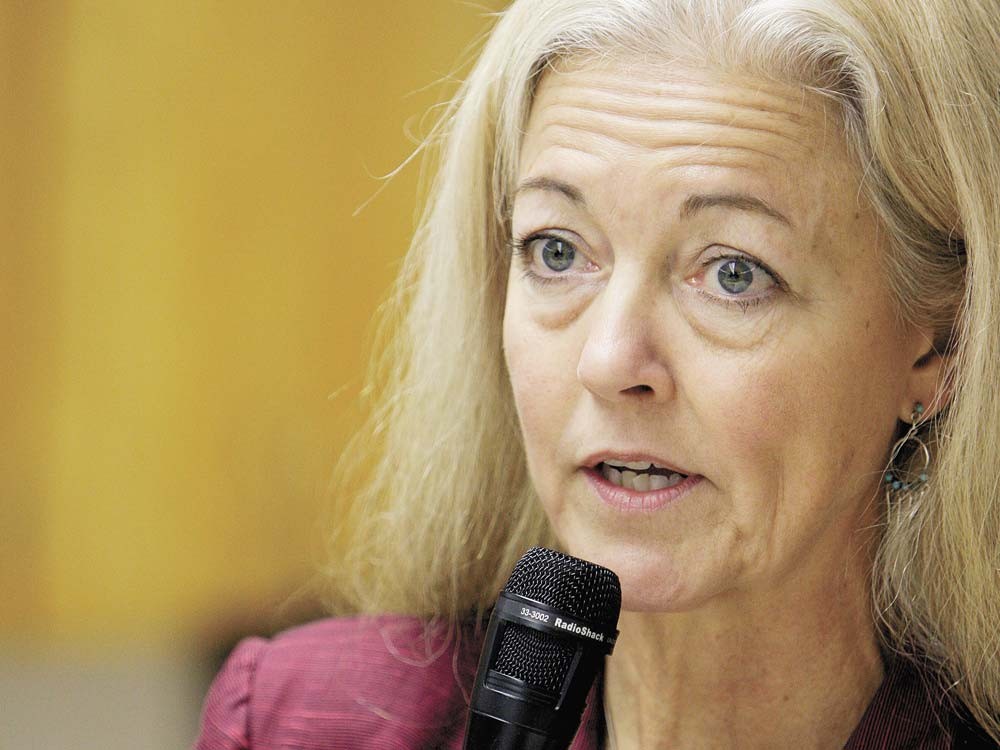 Young Kwak
Mary Verner wants more transparency at the police department but worries that the union will sue the city.

During her latest attempt to win budgetary concessions from the Police Guild — and just two days after another fatal shooting by city police — Spokane Mayor Mary Verner has said she will not change the police department’s records policy, despite her repeated calls for more transparency in police actions, and in the city’s business in general.

“My goal is to make all investigation reports of complaints against Spokane Police Officers available for public scrutiny,” she wrote in a letter this week to the editorial leaders at the city’s major media outlets (pdf) — The Inlander, the Spokesman-Review, KXLY, KREM and KHQ.

However, she argues in the letter that labor contracts with the city’s police unions restrict her from making the change unilaterally.

But at a time when police shootings are continually grabbing headlines locally and statewide, some question if the mayor’s on the right side of the issue.

“Given this latest development and so many others, including the epidemic of shootings inside and just outside the city limits, it may be time for a citizen’s initiative to re-insert Spokane’s values into its policing practices,” Breean Beggs says in an e-mail. Beggs, a local attorney, represents the family of Otto Zehm, who died after a confrontation with police in 2006.

“I have asked the Police Guild and the Lieutenants and Captains Association to voluntarily amend the terms” that don’t allow for the release of certain investigatory records, Verner writes. “If a voluntary resolution is not reached, I will make these policy changes a priority issue with respective unions during open negotiations in 2011.”

Capt. Steve Braun, president of the LCA, says the mayor has not contacted him.

“I haven’t heard about that,” he says. Asked if amending the city’s records policy is something his union would be amenable to, he says, “I have no idea. … We always vet [any changes] with the members.”

Still, Braun said he would not comment any further “not knowing what’s she’s asking.”

In her letter, the mayor responded to recent accusations made by The Inlander that the police department’s records policy is inconsistent with those of law enforcement agencies across the state, including the Spokane County Sheriff’s Office.

Most agencies release internal investigatory records with identifying information redacted, or blacked out — including those files where no officer wrongdoing is found. The Sheriff’s Office is one of them.

“Other cities and counties across the state have a variety of records-release policies, some of them negotiated with their unions, some based on silence regarding this topic in union contracts,” Verner writes. “Spokane is neither consistent nor inconsistent; there is no uniform standard on this matter across police and sheriff’s departments.”

But Tim Ford, the state’s current open government ombudsman, says the law compels the city to release all records. In a previous e-mail exchange with The Inlander, Ford wrote, “They should be disclosing the complaints and redacting the names (and any other identifiable information) where there are no findings of misconduct. This will protect the privacy of the employee.”

The mayor further writes that the “Sheriff’s contract with its union is silent on the subject of releasing unfounded complaints, so the Sheriff falls back to state law, which is flexible. Conversely, the city’s contract specifically prohibits the release.”

But Marlene Feist, the city’s spokeswoman, could not point to a specific line in the contract that prohibited this release.

Asked where this reference was, she could not find it.

She did e-mail a page from the police department’s policy manual, which said “investigatory files where no misconduct was found” were exempt from public disclosure.

A brief examination of the contract turned up just one reference to the policy manual, in Article 24, the section dealing with discipline. It says, “Both parties agree that the carrying out of departmental Policy and Procedures is exclusively the province of the Chief of Police.”

Still, as the mayor points out in the letter, the crux of the issue is privacy rights for police officers, or the “confidentiality of employee records,” and the city’s bottom line.

“Violation of contract, or unilateral changes to contract terms, and/or violation of an employee’s privacy rights, would lead inevitably to a lawsuit against the City in which there would be a very low probability the City would prevail,” she writes. “The City is in no financial position to provoke and carry on this fight, or to pay any ensuing court award against us.”

“All one really has to do to protect individual privacy in these internal affairs investigative reports is to redact the names,” he writes. “I am not sure I understand the objection other than the public will be able to judge for themselves whether or not a complaint was substantiated. In fact the public is already making its own judgments but without the benefit of the actual evidence reviewed by internal affairs.”

The Inlander is committed to exposing miscarriages of justice. Send tips and story ideas to injustice [at] inlander.com or call the news tip line at (509) 325-0634 ext. 264. Read more Injustice Project stories

Unforgiven
After paying their debt to society, millions are still branded by their felony records. Leah Sottile

Strong Arm of the Law
What happens when someone complains a cop used excessive force? Usually, not much. Nicholas Deshais