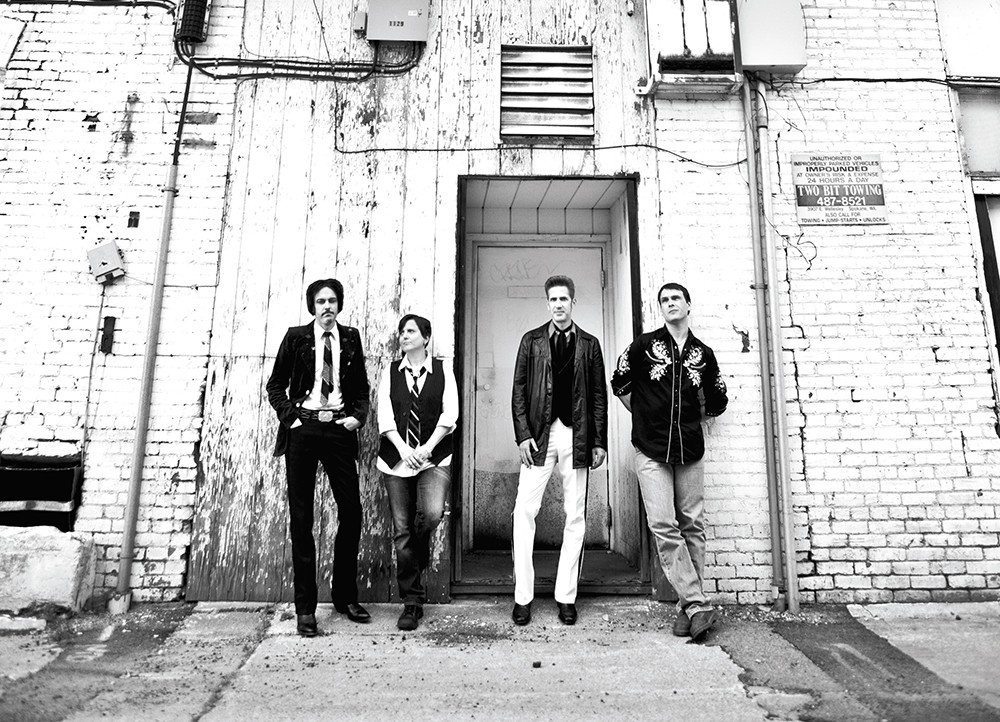 In some circles, country is a dirty word.

It means poser cowboys/girls singing plastic pop tunes with just enough fiddle or pedal-steel guitar licks to technically pass muster. Local act Silver Treason distances themselves from that sort of country, referring to their music as "twang." As such, their boot-stompin' Western shows continue to draw folks who never knew they liked country music.

The band that's been together since 2009 — and was named one of the Inlander's Bands to Watch in 2011 — has finally released their debut album. The Golden Age of Silver Treason isn't their first recording (they've previously made demos), but this, recorded at Spokane Valley's Crabwalk Studios, is the band's first full-length.

Listening to the new work, the blend of genres (rock, punk, country, bluegrass) is apparent. These lyrics are here to break hearts. "I wanna drill a big hole in my head, and drain away every word that you said," croons frontman Kevin Cameron in "Drill A Big Hole." But it's all entertaining; nothing is too sappy or desperate.

Just after rehearsal last week — the band meets at bassist Bill Barrington's Vinegar Flats home every Wednesday — the four-piece shows up at the Swamp Tavern.

These are people who know each other. They know how to react musically without speaking or looking. Barrington, along with pedal-steel guitarist Jamie Frost (the Makers) and drummer Cameron Smith (Fun Ladies) were members of the alt-country act Burns Like Hellfire prior to Silver Treason.

"We're not playing this music as a joke, like some punk bands do," Smith says. "We do this because we love this music. We grew up with it."

When Smith had heart surgery in 2013 to correct a birth defect and took six months to recover, they found a substitute but kept her spot open. When Barrington was finishing up nursing school, they didn't replace him. They feel that this is the right lineup. A few weeks ago, they even went on their first "tour," playing a Seattle gig.

Frontman Cameron got so into the packed-out performance that he started selling their freshly pressed albums from the stage.

"We figured we'd put it out everywhere we possibly could, to give people a chance to hear it," Cameron says.

Now they're scrambling to get that second recording, an EP, out before summer. The momentum must continue. ♦

Rock the Nest brings music lovers to the Yards