Making it an even 30 constitutional amendments makes sense 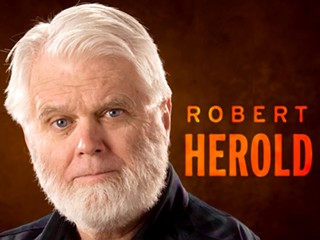 The United States Constitution has been amended 27 times. Amendments we can refer to as "sets" account for 17 of the 27. First, of course, the Bill of Rights had 10 Amendments, all ratified in 1791. The second set is usually referred to as the "Civil War Amendments." The 13th Amendment abolished slavery; the 14th extended due process and equal protection rights to the states (and included the clause that guaranteed the "validity of the public debt of the United States"); and the 15th guaranteed the right to vote to all "citizens of the United States" regardless of "race, color, or previous condition of servitude" (but not women). All were ratified between 1865 and 1870.

Beginning 43 years later, well into the Progressive Era, along came a set of four Amendments, all of which were ratified between 1913 and 1920.

• The 16th Amendment, ratified in 1913, gave the Congress the authority to tax income; this amendment was made necessary because of a Supreme Court decision that limited the existing taxing power of the United States.

• The 17th Amendment, also ratified in 1913, grew out of the populist and progressive reform agendas and forced the states to choose their senators by public vote, not by state legislatures.

• The 18th Amendment, ratified in 1919, was the soon-to-be-regretted Prohibition Amendment, reflecting the nation's mood, especially that of Protestant Middle America. Come on, let's wage a war on demon rum!

It's time to consider a new set of amendments, which, like both the Civil War and Progressive Era amendments, are needed to respond both to overly restrictive Supreme Court decisions and to issues that seemingly can't be resolved through the usual processes.

• An amendment overturning the Supreme Court's Citizens United decision. In this case, the court majority ruled that under the 14th Amendment, corporations must be granted the rights of persons. The irony of Citizens United is obvious. The Civil War may have become a foregone conclusion when the Taney Court ruled in the 1857 Dred Scott case that slaves are property under the Constitution. Along comes the Roberts Court, ruling not that the people are property but that property has the same rights as people. Dred Scott, judged by its consequences, is widely regarded as the worst opinion in Supreme Court history; Citizens United isn't far behind. Until our elections are cleaned up, governance will be compromised.

• An amendment specifying that all Presidential nominees sent to the Senate, if not voted up or down within 90 days of the nomination being received, shall be considered to have been confirmed. This amendment is necessary to end the outrageous actions on the part of some senators in the minority who specialize in governmental hostage-taking. James Madison, in "Federalist #10," expressed concern not just about tyranny of the majority but also tyranny of the minority. Today, if a single would-be minority tyrant abuses the tradition of "unanimous consent" and places a hold on a nominee, that nomination is stalled — maybe permanently. This is happening all the time, grinding the gears of government to a halt — and the hold usually has nothing whatsoever to do with the nominee. The practice should end, yet the Senate gives no indication of doing anything about it. Only a Constitutional amendment will do the trick.

Whenever there have been "sets" of amendments, there have been great needs for the system to change. After the original drafting of the Constitution, there was 10 amendments worth of cleanup needed to make the founding document clear in its purposes. After the Civil War there was a need for moral change to be worked into the document. Again during the Progressive Era, social change demanded Constitutional change.

We're there again. Confidence in our institutions is at an all-time low, and the American people are in the mood for reform. Something has to change, and when that has happened in the past, our democracy has evolved. ♦

It's illegal to deliver retail cannabis, according to the LCB. But that hasn't stopped people from trying