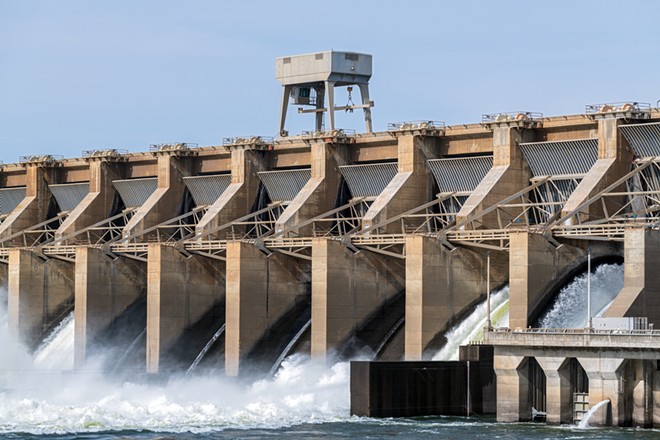 Ice Harbor Dam east of Pasco is one of the four Lower Snake River dams.

In the spring, rivers used to be filled to the brim with salmon racing to the ocean, but now on some parts of the Snake River, salmon are a scarce sight.

For decades, local leaders and advocates have been calling for the federal government to study the removal of the four Lower Snake River dams and the obstacles they've created for salmon. Recently, the conversation is becoming more urgent as tribes and environmental groups warn of the looming threat of extinction that could become a reality if action isn't taken soon.

At the Salmon Orca Project's third summit, Life After the Dams, held in Spokane May 20, speakers from local tribes not only spoke about why removing the dams is important, but about the impacts that they've had on their ways of life.

"At this point, we are done arguing on whether or not the dams need to be breached. We know they do," Kayeloni Scott, communications manager for the Nez Perce Tribe, said in her opening remarks. "We're ready to talk about what that's going to look like and how we can move forward and prosper in the future."

This has been a topic of discussion for decades, retired journalist Rocky Barker told the crowd. Barker said that even in the '90s when he started reporting on the issue for the Idaho Statesman, it was clear that it was scientifically and economically possible to remove the dams.

"When I first covered this issue, [it was] about dams and salmon; but in 2020, thanks in part to all of you, it became about tribal justice," he said during a panel discussion. "And the fact is, all the things we said 25 years ago are still true, but now we have another imperative to drive us."

While the four Lower Snake River dams provide the region with many important benefits, such as irrigation, flood control and power generation, it's at the expense of local tribes and wildlife.

The dams create warmer water that makes it more difficult for the juvenile salmon to successfully reach the ocean, and the structures cause issues for the return journeys up the river.

In recent years, dam removal has gotten more urgent attention not only from environmental groups, but also from federal and state elected officials. This March, the White House Council on Environmental Quality stated that it would create an interagency group to analyze the dams and find a long-term solution to the issues the dams have created.

Washington Gov. Jay Inslee and U.S. Sen. Patty Murray, D-Wash., also committed to releasing a study this year looking at the benefits of removing the dams and replacing the power and services they provide through other means. The draft report was released June 9 and public comment will be accepted through July 11.

The report outlines the economic and environmental impacts of removing the dams, but some believe that there are other impacts of the dams that need to be looked at as well.

"I think it's really incredibly important for us to understand ... the historical trauma that has occurred to Native Americans with the destruction of their life with the loss of salmon, and the impact to their culture, their way of life and their economic sustainability," Washington state Rep. Debra Lekanoff, D-Anacortes, tells the Inlander.

As the dams are federally operated, their removal relies upon action from the federal government. While Lekanoff says that the current administration has taken some of the steps needed to make a difference, other aspects of the issue still need to be addressed.

To her, there needs to be more importance placed on the effects of current actions and legislation on future generations and how it will affect their lives and the world they live in. She says that the policies and decisions made today are "not just decisions that last for the time period of when those administrations are serving."

In addition to problems for wildlife, the dams have created equity issues along the river systems in the Northwest.

Areas around and below the four Lower Snake River dams receive a majority of mitigation dollars used to resolve some impacts of the dams, said Carol Evans, chairwoman of the Spokane Tribal Council, in her remarks at the May 20 summit.

However, areas above the dams on the Columbia and Spokane rivers are the most negatively affected by this issue, and they remain unaddressed. Salmon, which return to certain parts of the Snake River, currently can't return to parts of the Columbia above the Chief Joseph Dam in Bridgeport or above its neighbor, the behemoth Grand Coulee Dam.

"We lost our culture, our way of life, our sustenance," Evans said. "We lived off of the return of the salmon."

While removing the dams seems difficult, especially when trying to replace the massive amount of energy that they generate, some believe that it's an achievable goal.

"When the dams were installed ... the people who wanted to put dams in were not thinking about, 'What will the long-term impacts of this be on the salmon habitat?'" said Berit Anderson, who helps lead an annual conference called Future in Review that explores solutions to similar issues, at the summit. "There's no reason that we need to keep ... these old hydropower technologies in place when they're clearly doing damage to the ecosystems and the farmers themselves."

Recently, youth from the Confederated Umatilla Indian Reservation Youth Leadership Council were inspired to create a petition to remove the dams that has already accumulated almost 20,000 signatures.

The petition accompanies a letter sent by the council to President Joe Biden in June 2021, which states the importance of salmon to the tribal youth and the damage that the dams have caused to their way of life.

"Our elders tell us about a time when there was more salmon than our people could even eat," they wrote. "There was a time when no one in our tribe had to worry about whether we had enough fish to feed everyone. But today, there is less salmon and even their size is so much smaller than before."

The Youth Leadership Council also mentioned the importance of removing the dams as they affect their right to fish promised in treaties with the federal government.

"We're living on broken treaties right now, trying to fish on a river that no longer has the abundance of fish we need," said youth council member Keyen Singer at the Spokane summit.

"Fishing for salmon is who we are as Indigenous people. We rely on the first foods when we have our traditional gatherings or ceremonies. Losing fish, to me, is like losing another ancestor. It's a part of who I am." ♦ 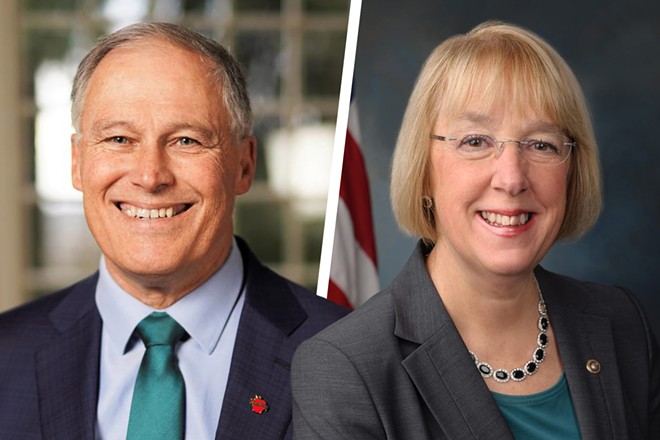 The removal of four Lower Snake River dams and full or partial replacement of the total resources they provide (energy, rebuilding Lewiston's port, irrigation, etc.) could cost between $10.3 billion and $27.2 billion in current dollars. There's some uncertainty depending on the energy replacement options, according to a draft report released June 9, commissioned by Washington Gov. Jay Inslee and U.S. Sen. Patty Murray, D-Wash.

Dam removal has been debated for decades, but in recent years, tribes and environmental groups have amplified the message that imminent dam removal is necessary to save threatened and endangered salmon and steelhead from extinction. Already, 42 percent of the spring/summer Chinook populations in the Snake are seeing so few spawning adults return that they are at the "quasi-extinction threshold," the report states.

The document acknowledges how integral salmon are to the culture and sustenance of Northwest tribes, and the negative impact dams had.

"[Dam removal] would allow tribal peoples to renew their close religious and spiritual connection with approximately 34,000 acres of land where their ancestors lived and are buried and allow them to properly care for their grave sites," the report states. "They could return to more than 700 locations where they were accustomed to live, fish, and hunt, harvest plants, roots and berries, conduct cultural and religious ceremonies, and pursue other aspects of their normal traditional lives."

The four dams, including Ice Harbor, Lower Monumental, Little Goose and Lower Granite, were built between 1955 and 1975, with fish ladders. They and other dams on the Columbia-Snake River system reduced fish runs by more than 90 percent of historic levels. The report notes that dam removal could provide an additional 140 miles of spawning habitat and increase tribal harvest by 29 percent each year.

The dams provide a significant amount of power each year (at least enough to power Seattle), and they are part of a system of reservoirs that allow for barging from Lewiston, Idaho, to the Pacific Ocean.

The draft, which does not offer formal recommendations, states that any replacements for irrigation, energy production, and transportation of grain and other materials would need to be in place before the dams are breached in order to mitigate impacts.

The draft also states that climate change and drought are going to impact the reliability of dam services in coming years, and details some of the complex steps it would take to replace their energy production.

"We sympathize with the concerns of our neighbors in the power and agricultural industries," says Phil Rigdon, Yakama Nation superintendent of natural resources, in a news release after the report's release. "The Yakama Nation also feels these concerns, since we operate both power and agricultural enterprises to serve our people. The draft Murray-Inslee report shows that the lower Snake River dams can be removed with benefits to the entire region, and that industries who currently depend on the dams can thrive and get business done in new ways if properly supported, but we must move with urgency if we are to avoid salmon extinction."

Public comment is being accepted on the draft report through 5 pm on July 11, and can be submitted at lsrdoptions.org (where the draft can be viewed) or by emailing info@lsrdoptions.org and including "Draft LSRD Benefit Replacement Study" in the subject line.