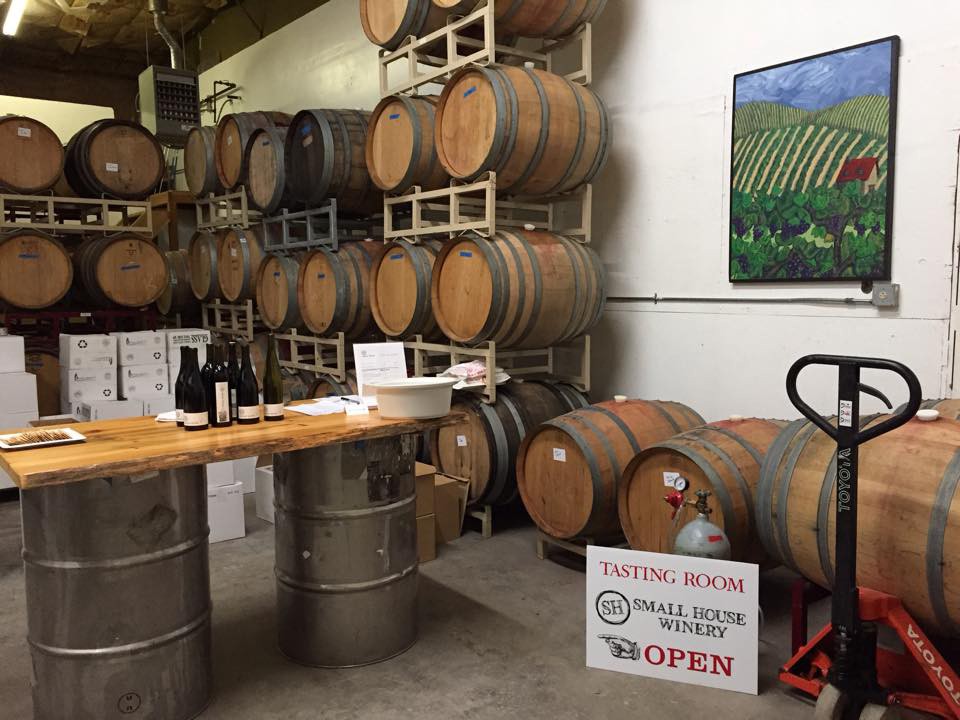 How small is Small House Winery?

For starters, it's so small that it's escaped the radar of many of our region's wine lovers until recently, but the Sandpoint outfit is dreaming big and already accomplishing some notable feats.

Shortly after setting up housekeeping in November of 2013, Small House Winery took a silver medal at the 2014 San Francisco Chronicle wine competition for their signature Red Blend of 70 percent Grenache, 30 percent Syrah. They did it again this year.

In addition to a Sauvignon Blanc ($14), Riesling ($11) and Chardonnay ($12), they recently added a Rosé ($14). They've also been tapped to bottle Vino Di Tavola, a red table wine, for Ivano's Ristorante in Sandpoint.

It's been a good two years for novice winemaker and co-owner Patrick Werry, who started making wine about seven years ago as a creative outlet to his day job as a real estate agent. Werry launched the winery in a Sandpoint industrial park with fellow ski enthusiast Jon Harding, who works at Schweitzer Mountain Resort.

Assisted by friends and family, including Werry's wife Lisa Gerber, Small House Winery does everything by hand. They haul grapes sourced from Walla Walla, Prosser and Yakima and de-stem them using an old hand press they found on Craigslist.

"I started with 10 varietals and now I'm starting to narrow it down," says Werry, who rattles off a list of wine combinations he's thinking of.

"I like too much," says Werry with a laugh.

Sandpoint has embraced the humble winery, the town's second after Pend d'Oreille Winery. At a recent winemaker's dinner, notes Werry, he introduced Small House as "Sandpoint's second winery" and received, much to his delight, a big round of applause. ♦