The Chick that was never fil-A'd: A Spokane story 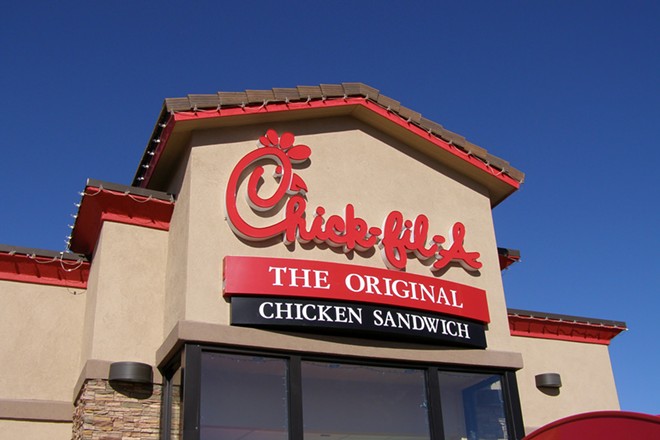 If local news knows anything, it's that people lose their minds whenever a famous national restaurant chain announces it's coming to town.

Remember your reaction when you learned Chipotle was coming to Spokane? Imagine how you'd feel if In-N-Out Burger staked its claim here.

When it comes to fast food chains, we always want what we can't have.

So when the Chick-fil-A website on Saturday mentioned a new location at Gonzaga University, it was a big deal. Throw in the fact that the company has been the subject of controversy due to its anti-LGBT stance and you have yourself the quintessential local news story.

For a day, Chick-fil-A coming to Spokane was the talk of the town.

The thing is, the story wasn't true. Chick-fil-A isn't coming to Gonzaga. It never was. In reality, Chick-fil-A's website glitched, according to the company. And neither local TV nor the Spokesman-Review bothered to verify the information on the website before reporting it. "A web error resulted in an incorrect listing, and it has since been fixed," a Chick-fil-A spokesperson says in a statement provided to the Inlander.

Chick-fil-A apparently couldn't be reached over the weekend for confirmation, but Gonzaga spokeswoman Mary Joan Hahn says she was available. "I would have been happy to verify whether or not this was accurate," says Hahn. "I just didn't get any calls."
Hahn woke up Sunday morning surprised to see the news. She immediately checked with Chick-fil-A, but they were closed on Sunday. She then called the people on campus who would know about Chick-fil-A coming to Gonzaga, and they said the story was untrue.

Yet already, the news had spread like wildfire online. "VERY IMPORTANT NEWS WE'RE EXCITED TO SHARE WITH YOU!" KXLY reported in a Facebook post linking to their story about Chick-fil-A's arrival. KREM and KHQ posted stories, too. Thousands and thousands of people shared them, tagging their friends who they planned to eat chicken or to share their plans to boycott the fast food chain. The Spokesman-Review posted their own un-bylined article announcing the arrival of the "iconic Southern fast food eatery."

"The story just seemed to have its own legs," Hahn says.

On Sunday, all the news outlets either wrote a follow-up story correcting the misinformation, or they updated the original article. Those articles, too, generated plenty of online traffic for the news organizations.

For the record, and because the Inlander has missed out on all the fun, we can confirm that Chick-fil-A is not opening a location at Eastern Washington University, Whitworth University, the dusty basement where you're taking online classes, or anywhere else in the Spokane area.

We'll be sure to update this post if we hear any new information.