One family from Syria has found welcoming arms in Spokane, and many others may follow 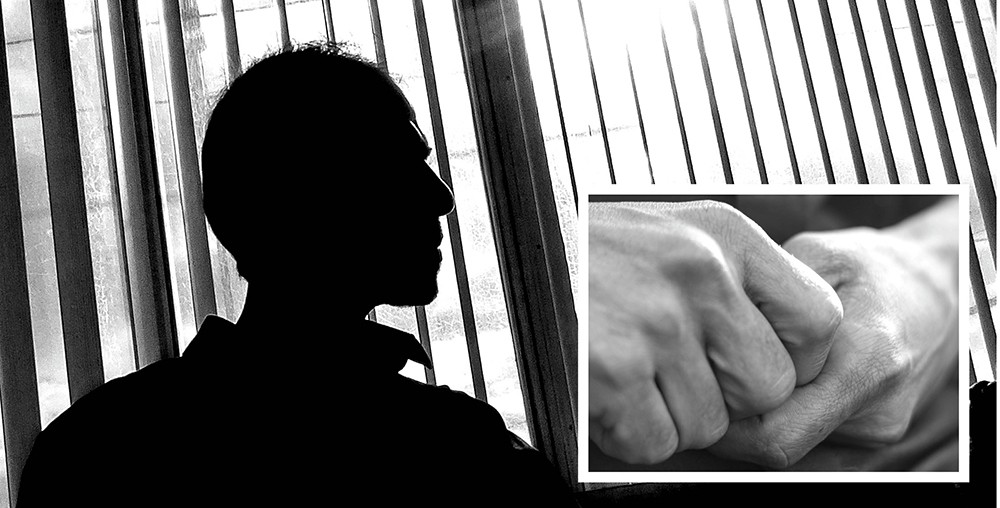 Jeff Ferguson
With loved ones still in Syria, Hussein, a Spokane refugee, doesn't want his identity revealed while Assad remains in power.

The 40-year-old Arabic man with a trimmed black beard doesn't want his face in the paper, either, at least not while Syrian president Bashar al-Assad is still in power.

After all, he still has family back in Syria. And he's seen, with his own eyes, the brutality that Assad brought to his hometown of Daraa.

"I saw this in front of my eyes, when the bombs were dropped on kids and women," Hussein says.

He's had a half-dozen friends, at least, who've been killed amid the violence. One died when a bomb was dropped on a hospital. Two, he said, were arrested and tortured. His brother died two years ago after his breathing problems were exacerbated by smoke and gas.

For a year, he says, he waited amid the violence, hoping things would get better. But life grew worse and the bombs grew bigger, until one night, Hussein, with his nine-months-pregnant wife and his children, walked across the Jordanian border.

Hussein can understand most of my questions, but he's not yet confident enough in his language skills to answer them in English. Instead, as we sit in the Spokane office of the refugee settlement agency World Relief, Hussein speaks in Arabic. A Jordanian woman named Mais Alazrai provides a rough translation.

Through the translator, Hussein says his wife and his four kids lived in the Bashabsheh refugee camp in Jordan for two years before flying to Spokane. His family is the first Syrian family to arrive in Spokane as refugees. Many more may follow. With the Syrian human rights crisis growing grimmer — chemical weapons, Russian troops, and ISIS forces exacerbating the civil war — refugees have flooded into Europe.

In response, the Obama administration has announced that the U.S. would increase the cap on worldwide refugees from 70,000 to 100,000 a year. In Spokane, World Relief director Mark Kadel says the cap would rise as well.

Until recently, Hussein had lived

all his life in Syria. For 15 years in Syria he was a barber, cutting men's hair and beards. When neck pain made that too difficult, he moved into farming, growing olives and lemons. He made a good living, he played on a soccer team and had plenty of friends.

"I had a really good life in Syria," Hussein says. But in 2011, some local children near Daraa were arrested for spray-painting anti-Assad graffiti and, Hussein says, were brutally tortured. His town quickly became the center for anti-government protests, and the target for the subsequent violent crackdown.

"I do want to help you guys and tell my story," Hussein says. But this is painful to talk about. He tries to forget this stuff, but talking about it makes it harder. How can you forget, he asks, the sight of a child's body, blown apart, with his leg one place and his head somewhere else?

Even once they'd escaped to Jordan, his children would jump out of bed whenever they heard fireworks.

His family is far happier in America, he says. His older kids are attending Linwood Elementary and Garry Middle School, and love it. They've made friends with their classmates. They've come to truly appreciate America's chocolate chip cookies.

But that doesn't mean things have been easy. He was depressed when he first moved here. He misses the family members he left behind. He still struggles with English. Finding work remains a challenge.

For six months, he was working at Global Neighborhood Thrift.

"There's always this portion of the refugee community that is essentially 'unemployable,' for lack of a better term," says Brent Hendricks, founder of Global Neighborhood. They may not speak English. Employers may balk at calling references located in Syria or Iraq or Bhutan. The thrift store specifically employs refugees for a few months to give them work experience in the United States.

"People say that, oh, this might be really hard to employ refugees, you know, with all the language and cultural barriers," Hendricks says. "And in that sense, it is, but we have the hardest-working staff of anybody in the city. They want so badly to work hard and create this new life for themselves and their families."

Yet jobs at Global Neighborhood are only temporary. Hussein holds job paperwork, rolled up in his hands. "I can clean windows, I can do carpets," Hussein says. "If there [are farming jobs available], I love farming."

Besides Hendricks, other Spokane residents

"How do I have a conversation? How do I talk to my kid's teachers? How do I manage at the grocery store?" Cohen says. "She's full of energy. She's gone through so much crazy shit, and she's eager to learn."

But not everyone is comfortable with an influx of Syrian refugees. The recent wave of anti-immigrant sentiment, fears over Islam and concerns about terrorism have colored the debate over accepting great numbers of Syrian refugees into the United States.

In Idaho, the Kootenai County GOP pushed for suspending all refugee resettlement until economic and security considerations could be calculated. In Twin Falls, the College of Southern Idaho Refugee Center became a political flashpoint, with critics filing two versions of a ballot initiative to ban future resettlement centers in the county.

"We are drowning in refugees who are destroying our Constitutional freedoms, overburdening our welfare system and posing a genuine national security threat," the proposed initiative reads.

But World Relief's Kadel says that's ridiculous — that the State Department scrutinizes refugees far more thoroughly than any other type of person crossing the border. "Refugees have to go through seven international and national U.S. approvals before they're ever on the list for possible resettlement in the United States," Kadel says.

I ask Hussein what he would tell Americans who have fears about terrorism.

"The Syrian people are the most peaceful people you'll ever see," he says. But what about the civil war, or the fights between Sunnis and Shiites, or ISIS? Hussein says Assad and Iran, not the Syrian people, are to blame.

"ISIS exists because of Assad, Iran and Russia," he says. "I am very sure of this information."

It was America's reputation for tolerance that made Hussein want to come here. When the UN called him, letting him know his family had an opportunity to leave the Jordanian refugee camp, he said he was only willing to resettle in the U.S. or Canada. In comparison with Europe, where the clash between Islamic immigrants and nativists has grown ugly, he doesn't see racism in America.

"The human rights I found in America are priceless," Hussein says. "They respect you as a human." ♦