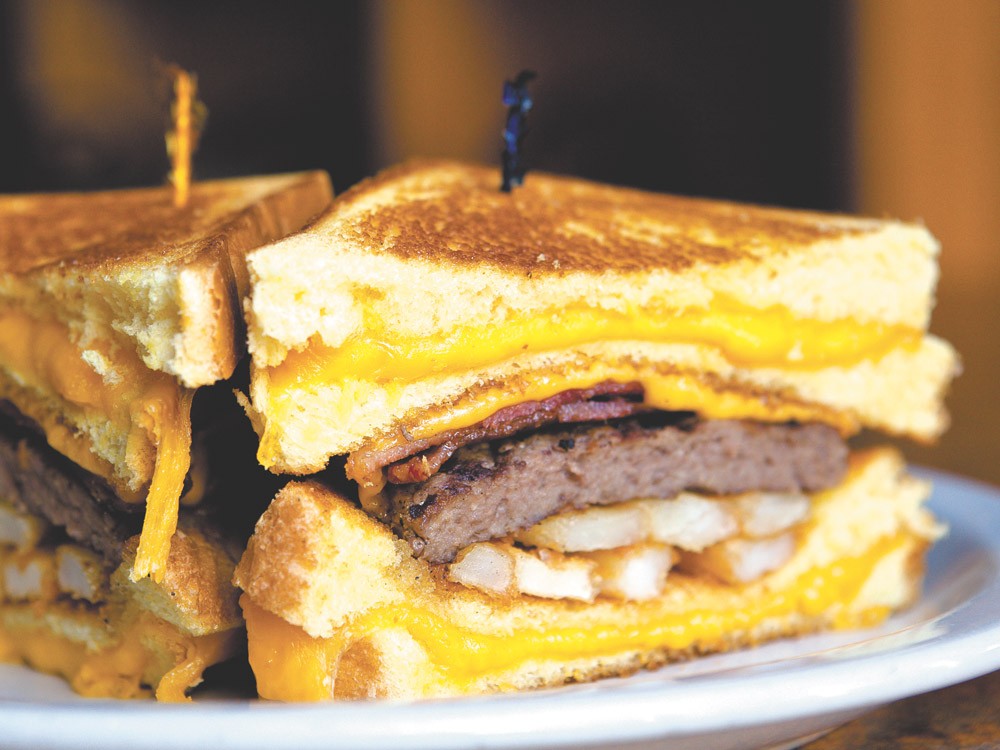 Stephen Slange
The Billy Breen burger uses grilled cheese sandwiches for buns.
When a restaurant changes its menu, it’s all but certain that some of the regulars are going to complain. The Satellite Diner in downtown Spokane was well aware of this when they rolled out a new menu and came up with a solution - don’t eliminate anything.

The Satellite - a traditional-style diner on one side and a sports-loving bar on the other - rolled out a dozen new menu items about two weeks ago. The served-all-day-breakfast policy remains, but new to the menu are popular additions, including new sandwiches and a burgers. The Steamer burger, topped with jalapenos, pepper jack cheese and chili mayonnaise, has been a welcomed addition, says server Sean McCormick.

Also new to the menu are a quartet of “Extreme Eating Options,” including the Billy Breen, a burger that piles beef, bacon, fries and cheese between a pair of grilled cheese sandwiches.

“A lot of those things tend to be heavy sellers during the late night after people have been drinking,” says McCormick.