Playing Vanquish is like being Iron Man, but with fiscal constraints. 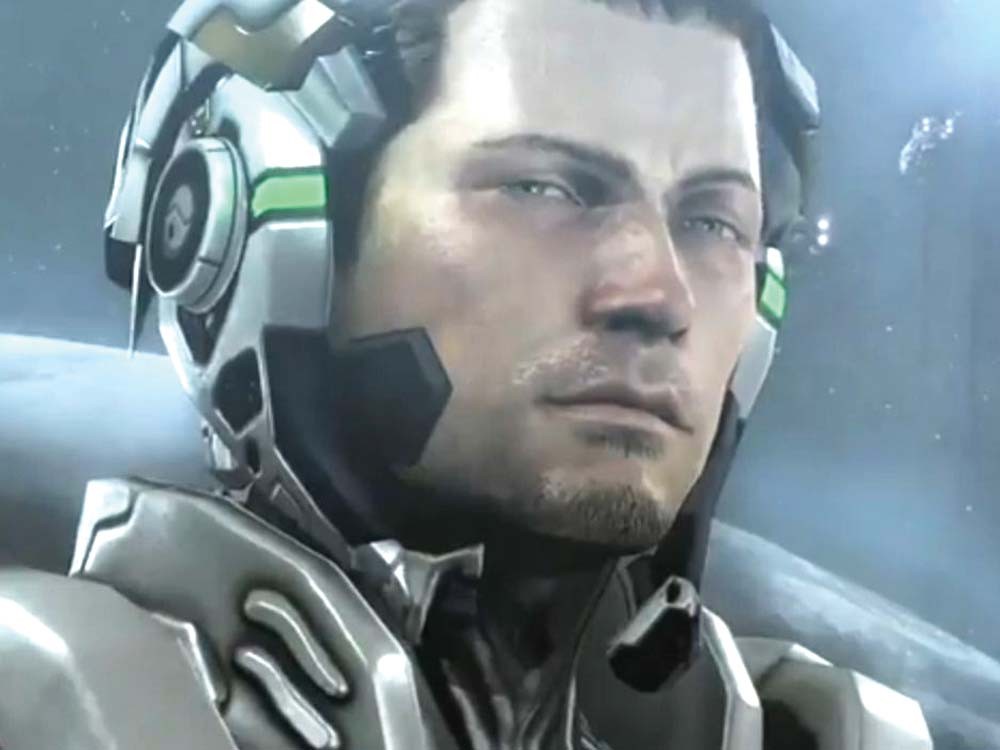 I kept shuffling Vanquish to the bottom of my "To Play" pile. All through the 2010 holidays, Vanquish found itself buried beneath big-studio blockbusters and high-profile sequels. But I kept Vanquish around because I knew nothing about it. The last time I played a game that had no pre-existing franchise or established characters was last fall´s Enslaved: Odyssey to the West. Before that … does Dante´s Inferno count?

Score a point for originality. The cover art, showing a man in futuristic silver-plated armor sliding rapidly along a slanting floor, his gun blazing off the box, didn´t exactly promise anything I hadn´t seen before. But I was intrigued by the game´s drawn-out CGI movie introduction, in which it was explained that my suit loses 30 percent of its mobility while recharging its boosters and weapons. A 30 percent loss was acceptable within the "project grant´s acceptable limits," explained one besuited salaryman.

Score a point for an ambitious, integrated storyline. In addition to protection and super-speed boosts, the silver robo-armor gives me access to a virtual armory. In most shooters, I pick up the gun, rocket launcher or nail gun that I want to fight with. In Vanquish, I pick them up and assimilate their schematics into my suit, allowing it to configure itself like a Transformer into one of three different guns of my choosing, flowing from my arm like a robotic glove.

Score a point for game mechanics that develop from a guiding principle.

Nothing in Vanquish is predictable. The basic red Russian robots aren’t that hard to kill, but they´re too smart to leave unattended. Some of the larger enemies transform, heaving themselves into violent motion. Even the expected giant robot bug that pops out of the floor is given a spin and literally set loose in an asymmetrical ringed arena. (Fortunately I can trigger a slowmotion, bullet-time mode — as long as my suit isn´t suffering a 30 percent decrease in functionality.)

So score another point for solid combat. Standard over-the-shoulder shooter mechanics become a window into a swirling sci-fi universe. It might not be wholly original (and the smoking protagonist´s use of a cigarette might be a direct homage to Metal Gear Solid), but it´s one of the freshest games to emerge, relatively overlooked, from the holiday pileup.

THE GOOD: Vanquish comes from the publisher SEGA, which has brought out some other unique, remarkable games when nobody was looking. (Think Viking and MadWorld.) Their games always look top-notch, and Vanquish is no exception. The screen is electric with action, and it earns a bonus point for how good it looks on a large-format TV.

THE BAD: I´m not wild about Gears of War-style action, where I must wait for permission to press a button to jump over a low pile of rubble. To quote the Vanquish game manual, the X button on the Xbox 360 controller is used to "Open Container, Commandeer Turret, Medical Assist, Place Explosive etc." That´s all well and good, but in the middle of battle, I don´t want to stop and wait for the computer to offer me those options.