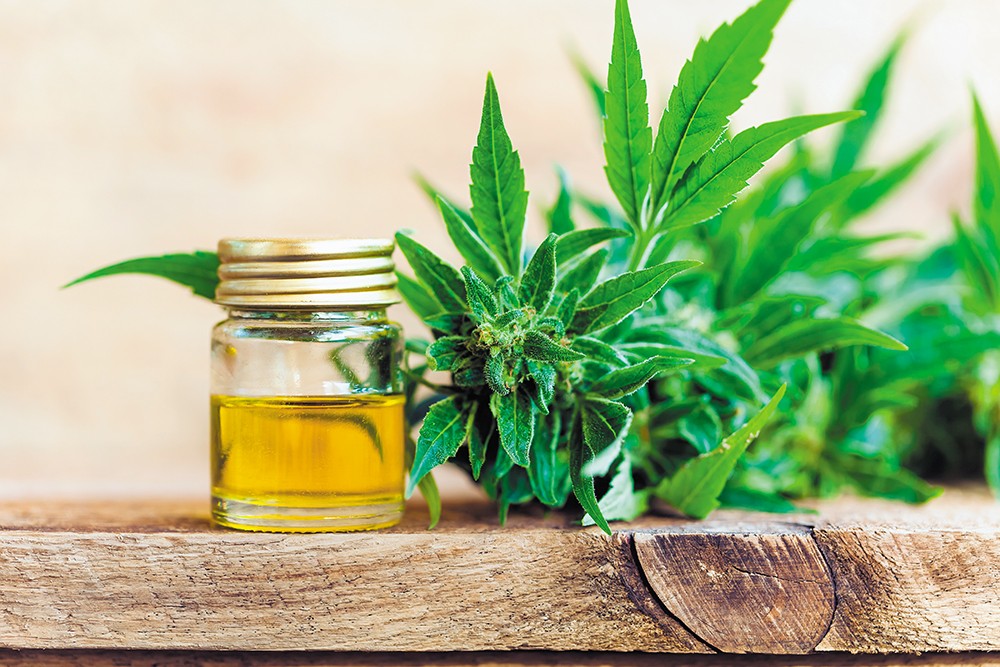 CBD sales explode as potential uses for it grow.

Cannabidiol (CBD), marijuana's non-psychoactive compound, could be one of the greatest newly tapped goods not only in the young cannabis marketplace, but also in the medical field as well as natural goods.

It has become a much-talked-about product both by doctors and those in sales, culminating in it being the big buzzword at the Natural Products Expo West. The largest convention of its kind in the United States envisioned the alternative medicine as a boon for future business.

"This is the hottest product in the history of natural products," Josh Hendrix, director of business development for extract company CV Sciences Inc., told the expo floor. "And there's an opportunity for retailers to really sink their teeth into this whole hemp category."

Hendrix's speech was a part of a "CBD Summit," where organizers and members in the trade community speculated on the viability of the compound, which is seen as the next answer for nutritional and wellness concerns.

The Hemp Business Journal projected the CBD market to hit $646 million by 2022, with the potential overall sales eclipsing $1.9 billion when the first pharmaceutical CBD drug approved by the Food and Drug Administration, Epidiolex, enters the market.

The excitement comes from the diverse ways potential users could take the drug, either through ingesting, inhaling or applying a cream or oil on the location of where the pain is sourced. And the United Nation's World Health Organization's (WHO) finding of "no public health risks or abuse potential" in March of this year has added to the buzz.

Indeed, WHO researchers instead found that CBD's usage has "been demonstrated as an effective treatment for epilepsy" in not just children and adults, but animals as well. The group even pointed to the drug's potential in helping diseases and conditions like Alzheimer's, Parkinson's, cancers and psychosis. All of this results in a newfound merit for doctors and patients to look at this natural product.

Thanks to further testing on CBD oil, the topical medication may be the alternative that many longtime neuropathy patients could reach for. In terms of chronic pain for conditions such as nerve and muscle damage brought on by diseases like diabetes and multiple sclerosis, the benefits of CBD as an anti-inflammatory drug, pain relief and a neuroprotective makes the drug an ideal alternative to replace drug cycles like the tightrope walk of opioids.

The World Anti-Doping Agency views CBD usage as a valid way for professional athletes to deal with the daily aches and pains of high level competition. MMA fighters and combat sport athletes have been seen using vaporizers loaded with CBD in postgame interviews as a way for them to immediately handle the excruciating effort they just went through.

After a marathon match with Connor McGregor in a UFC title fight in 2016, Nate Diaz was seen with a vape pen in hand throughout his conference.

"It helps with the healing process and inflammation," Diaz told the media after the fight. "It'll make your life a better place."

The deputy director of pro-marijuana legislative group NORML (National Organization for the Reform of Marijuana Laws), Paul Armentano, told the Chicago Tribune that research has remained consistent with "anecdotal reports of patients, many of whom are seeking a safer alternative to the use of deadly opioids."

The American Journal of Public Health found in a study released last year that there was a reduction of .7 opioid overdose deaths per month since Colorado's retail sales legalization from 2014. And since legalization, the 13 states with at least medicinal marijuana allowances have seen a 33 percent decrease in opiate-related deaths. In 2010, states with legalized medical marijuana saw approximately 1,700 fewer opiate-related overdose deaths.

And CBD could perhaps even be a breakthrough treatment for those battling addiction in general. In a recent study by the Scripps Research Institute, scientists found that rats who grew an addictive nature towards cocaine and alcohol were less likely to relapse when given CBD.

The study also found that after three days of CBD treatment, the animals were less likely to relapse five months later. Researchers credited CBD's anxiety and stress-relief properties, as well as the supplement's reduction of impulsive behavior.

Friedbert Weiss, leader of the study's investigative team, says that the results support the potential of CBD for relapse prevention.

"Drug addicts enter relapse vulnerability states for multiple reasons," Weiss says in a press release. "Therefore, effects such as these observed with CBD that concurrently ameliorate several of these are likely to be more effective in preventing relapse than treatments targeting only a single state."

Chronic inflammation is one of the most common sources for neuropathy and those with the condition may look at regular application of CBD as a preventative measure against further damage. And similar to the aid CBD offers those with multiple sclerosis, the reduction of muscle spasms is a major need for many that live with neuropathy pain.

With WHO's support of CBD, as well as the FDA's approval of Epidolex in the pharmaceutical marketplace, perhaps soon we'll see the compound removed from the schedule I controlled substance listing. And once that occurs, we may see even more research that shines a light on all of the potential that the drug possesses.

The original print version of this article was headlined "CBD Solutions"