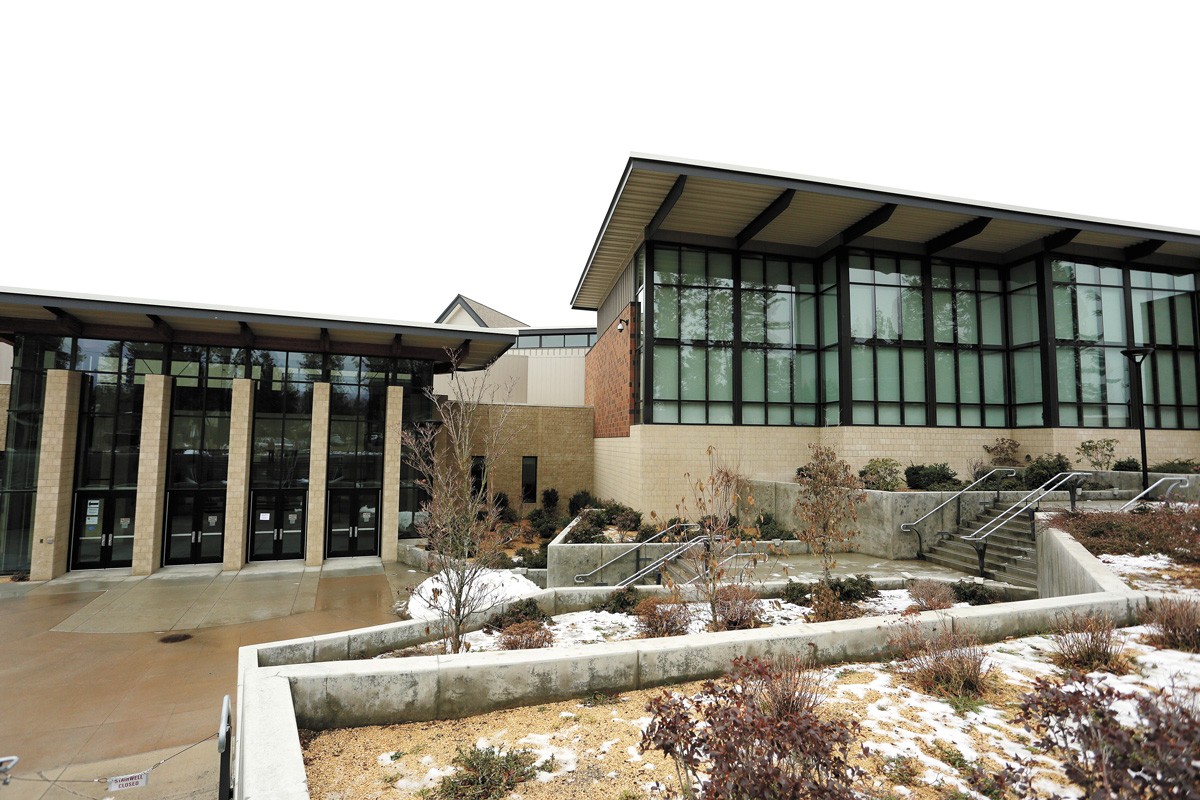 Last week, high school students in Spokane returned to in-person classes, marking the first time in a year that Spokane Public Schools students of all ages had a real live teacher in front of them.

It wasn't a moment of celebration for everyone, however. Spokane Public Schools says many parents have tried to enroll their middle school and high school students into the district's virtual program, Spokane Virtual Academy, instead of returning to in-person classes. The waiting list numbers more than 100 students, according to Heather Bybee, the district's curriculum director. She says students on that list will be enrolled in the virtual school within the next couple weeks.

"We're currently building out more classes to address those that are now wanting to shift to virtual," Bybee says.

The situation reflects the difficult positions that school districts and parents are still in, a year into the COVID-19 pandemic. Washington Gov. Jay Inslee has urged schools to reopen, citing evidence that they should be safe with proper precautions. But many parents aren't convinced, so school districts are scrambling to provide the options that families are looking for.

Spokane Public Schools made an agreement with its teachers union that educators can't teach a class in-person and virtually at the same time. Families, then, must choose an all-virtual option if they don't feel comfortable back in the school building.

For some parents, that choice can feel paralyzing. Nikki Easterling says her sixth-grade daughter returned to Finch Elementary School nearly a month ago, but Easterling worries for her safety. Her daughter is asthmatic, and Easterling feels a school environment is putting her daughter at a greater risk of contracting and spreading COVID-19.

The alternatives, however, aren't much better for Easterling. Remote learning didn't work, and neither did homeschooling. She doesn't want her 12-year-old to fall behind.

"It's irresolvable," Easterling says. "No matter what decision, there are enormous costs that feel almost insurmountable."

At the start of the school year, Mead School District — flouting local health recommendations — opened for in-person instruction. In doing so, the district tried to avoid a scenario where parents were locked into in-person or virtual school. Some students were allowed to attend classes virtually.

That meant teachers not only taught students in-person, but also had to be mindful of the students on a laptop at the same time.

"It's not possible to meet the virtual needs of students simultaneously with in-person kids," Doolittle says.

If one of the students in the classroom raises their hand, for example, the teacher is more likely to call their name. But the teacher may miss another student trying to chime in virtually, Doolittle says.

Mead, however, didn't really have another way to do it — the district isn't large enough to create an all-virtual school that would make sense. You could redirect a teacher to an online 10th-grade biology class, but there wouldn't be enough students enrolled to make it worth it.

Spokane Public Schools, however, already had an all-virtual option.

"That's where I think Spokane is better," Doolittle says. "Their singular focus is either in-person or online."

Jeremy Shay, Spokane Education Association president, says that's partly why they reached a memorandum of understanding in the summer that teachers can't do both. It's a high workload for teachers.

"As I've talked to teachers from across the state who tried to do that, I have not heard a single educator tell me it's working well," Shay says.

Last summer, parents in Spokane were asked to commit to one or the other: Stick with your traditional school, or permanently go to virtual school. But those choices have been hardly locked in. High schools in Spokane say they're still providing options for parents who change their mind. Steve Fisk, principal at North Central High School, says they're allowing some kids to stay enrolled at NC under a virtual program or attend in-person only part of the time.

"It's hard to anticipate all those different changes," Fisk says. "I also know that families' circumstances change, whether it's medical or financial or whatever those variables are."

Bybee, the school district's director of curriculum, says district staff, school administrators, teachers and outside experts discussed options for how to reopen in-person safely last summer. They landed on a plan that could offer students the chance to feel like they were given personalized instruction in whatever setting: Students are divided into A and B groups, each of which attends class on alternating days and every other Friday. On the off days, they spend time on school work.

Bybee says it's a little like a college schedule. It's now the schedule students in grades 5-12 are on, after the Spokane Regional Health District in January gave schools the green light to phase in those grades.

But while some parents wanted school to open in-person faster, others thought opening older grades in February and March was too fast. School and health officials locally have said that schools have not been major drivers of COVID-19 spread, but parents like Easterling don't have a ton of faith that contact tracing is reflecting the amount of spread in schools.

So now, the district is trying to add staffing to Spokane Virtual Academy to accommodate the surge of students.

"We are moving staff from buildings to address this new need," Bybee says.

Coeur d'Alene Public Schools went through a similar process as Spokane back in the fall when it opened for in-person classes. The district opened an optional online school, called CDA eSchool, for parents who didn't want to send their kids into buildings, but it filled up fast, says district spokesman Scott Maben.

"We're learning new ways to educate and connect with our families," Fisk says.

Those will be important lessons as school districts plan for next year as well, whether the pandemic continues or not. Bybee says the district needs to listen to families about the upsides and the challenges in order to build the system back in a way that works for all students.

"We need to make sure there are options for all of our students," Bybee says. ♦

The original print version of this article was headlined "Commitment Issues"