With the internet and your local hardware store, you can do these three seemingly daunting things to improve your home 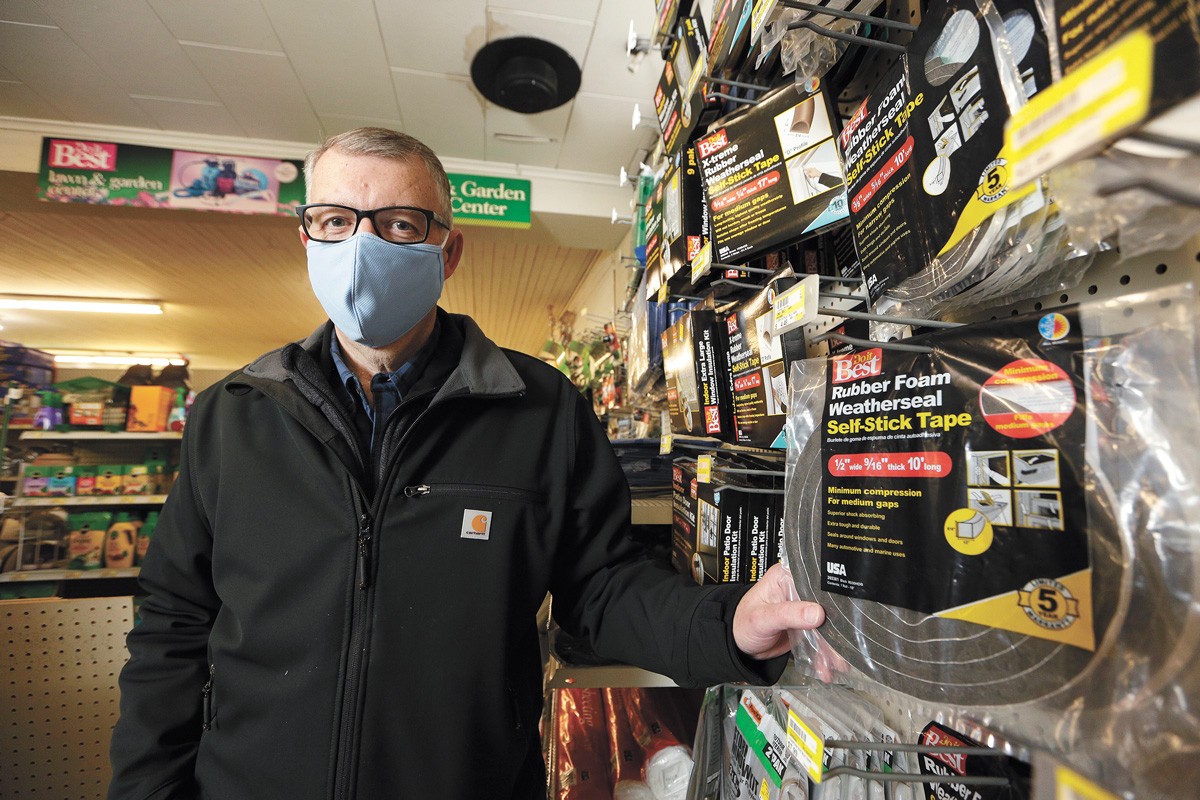 If you have the right tools, there are plenty of relatively quick and easy ways to improve your home. And one of those tools, perhaps one of the most useful, is the internet.

Still, it can be an unwieldy one. How-to videos for home improvement are all over the place online, with plenty of good advice and, unfortunately, plenty of bad advice. In the wrong hands, it can easily ruin a project, and sometimes cause you to inflict damage on your plumbing or electrical system.

Raena Strohmaier, co-owner of Strohmaier Construction in Spokane, says they see that a lot.

"A lot of times when homeowners get into a project and it's too much for them, they call us and realize it's over their head," she says.

Generally, she says, new homeowners should try to avoid messing with plumbing or electrical systems if they can. Instead, she recommends they stick to aesthetics — flooring, tiling, painting.

But times are tough. If you want to do some remodeling and save some money, these are three do-it-yourself projects you can get working on, as recommended from the folks at the local hardware store.

KEEP OUT THE COLD

Stace Heston, the owner of Miller's Hardware and the Ace Hardware on Ninth and Monroe on the South Hill, says there's one thing every homeowner should be doing in the winter: insulating windows.

Whether it's foam weatherization tape or shrink film, you can buy it at the hardware store for around $5 to $10. It takes maybe a half-hour at most to line it up on your windows, and it's a great way to keep the cold weather outside.

"You put this on, and you save money," Heston says.

He adds that if you go outside and see gaps around the window edges, then you can get a tube of caulking and fill in the gap to prevent even more air from getting inside.

This is a project that may have been more daunting before YouTube. But today, people might be able to get by with some instruction online and from the experts at the hardware store, says Larry Myers, owner of River Ridge Hardware on Garland. You can save hundreds by doing it yourself.


"If you've never done it before, watch more than one video. Make sure you're not getting conflicting advice. And secondly, go into a small, local hardware store — my whole staff will tell you exactly how to do it and whether you should be doing it yourself," Myers says.

A quick paint job is a cheap way to freshen up your space, and your life

Heston agrees that a DIYer can replace a toilet in a couple hours. He says there are a few things to watch out for. For one, make sure the water is shut off to the toilet. And two, don't overly tighten the supply line to the flush valve. He says that's a common mistake, along with making the bolts holding the tank to the bowl too tight, which can crack the porcelain.

New tiling can make a world of difference for the bathroom. But it will take some time to master if you've never done it before. Pick a corner that's out of a way, or get a sheet of plywood and practice gluing or grouting there.

"I would practice first, before you put it where someone would see it," Heston says. "Otherwise, it can look like someone didn't know what they were doing."

A common mistake is not prepping the floor properly. It has to be clean, dry and level before you get started. But once you've practiced and know the basics, it can be done, with a little bit of help from the internet, he says.

Just remember one thing: Be sure it's what you want. If you're going to update the flooring, the faucets, the toilets or the countertops, know how you want all of it to look before you get started on one project, says Kyle Strohmaier, a co-owner of Strohmaier construction. Otherwise, you might be calling a contractor to bail you out.

"All of it needs to be planned out," he says, "So you're not going backwards." ♦