Ethiopians, embryos and football coaches: what to read this week 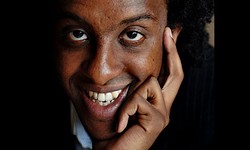 One of the joys of Kindle-stuffing and -devouring is that you can talk like you know a little about a lot when actually what you know is a lot about very little, you know?

Here’s what’s killing trees (and consuming photons) lately in the world of publishing:

How To Read the Air, by Dinaw Mengestu (Riverhead, Oct. 14)
In this novel, an Ethiopian-American man, with his own marriage dissolving, retraces the Peoria-to-Nashville car trip that his parents took 30 years before, as a kind of second honeymoon, when their own marriage was filled with disagreements. The main character, Jonas, works temporarily by sprucing up immigrants’ stories (without their knowledge) so they’re more likely to gain asylum. Mengestu, blessed (cursed?) with recognition as one of the New Yorker’s “20 Under 40” authors, has wild black hair and lives in Paris, so he’ll be dismissed by some. But he portrays the complexities of dark-skinned immigrants’ struggles in America without romanticizing them. In other words: Hey, Arizona! Immigrants are people, too!

Origins: How the Nine Months Before Birth Shape the Rest of Our Lives, by Annie Murphy Paul (Free Press, Sept. 28)
Oh, I was conceived when Mom lived in a war zone, so now I have schizophrenia. Oh, I have a brother instead of a sister because Mom habitually ate cereal for breakfast when she was pregnant. (I know, you’re thinking this is cockamamie. But Paul cites her scientific evidence — and refuses to go all nature on us in the nature/nurture debate. Our traits aren’t fixed by our nine-month fetal journey, but they may be affected in surprising ways.)

Scoreboard, Baby: A Story of College Football, Crime, and Complicity, by Ken Armstrong and Nick Perry (Bison Books/Univ. of Nebraska Press, Sept. 1)
In 2000, the University of Washington football team started a rapist, an armed robber, and several guys with warrants out for their arrest; three-quarters of the team failed to meet minimum academic admission requirements. Meanwhile, then-coach Rick Neuheisel (now at UCLA) was playing a lot of golf. I like football, too, but the big business of major-college athletics exacts a price, and the cost is in human lives.

The Weekend, by Bernhard Schlink (Pantheon, Oct. 12)
From the author of The Reader (for which Kate Winslet won her Oscar) comes this novel about Jorg, who was pardoned after spending 24 years in prison; the traitor who turned him in; Jorg’s reclusive sister; and a young revolutionary named Marko. Translated from the German.

Travels in Siberia, by Ian Frazier (Farrar, Straus and Giroux, Oct. 12)   This guy deliberately went there — in winter. Just to add to his research. (After five trips and thousands of miles, it’s not as if he just flew into Irkutsk and called it good.) From Mongols to Soviet death camps, the tale of a region that — at least as far as official political and territorial names go — does not exist.

Dance of the Photons: From Einstein to Quantum Teleportation, by Anton Zeilinger (Farrar, Straus and Giroux; also Oct. 12)  Now that you’ve read and completely understood the new Stephen Hawking book (ha!), you can branch out into this physics prof’s discussion of “spooky action at a distance” (or what Einstein said could not be — and which Zeilinger claims to have demonstrated).  We’re talking quantum cryptography, among other things — affecting the speed and position of photons remotely, allowing for unbreakable codes (and all kinds of other applications).