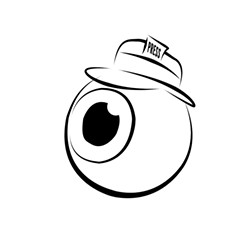 To celebrate President's Day, the Eyeball has been resurrected. So pay attention.

It's all West Plains annexation tonight at Spokane City Hall. The whole city-expansion thing isn't set until Jan. 1 of next year, but you know how government-types are — way over-prepared. You don't want to miss the meeting this evening, because it's all hearings. Anyone can talk, talk, talk about the annexation. You like it? Talk. You hate it? Talk. Council President Joe Shogan loves when people talk, so talk!

The topic of annexation has been a hot one for a very long time — check out a story I did last fall and see for yourself. But the mayoralty of Dennis Hession brought it back to the front burner when he told everyone that he was going to grab any land that would benefit the city. The West Plains annexation wasn't instigated by Hession — it was current Mayor Mary Verner's doing — but it is the city's largest land grab in more than 100 years. That's called progress!

Meanwhile, in the Valley, they're still talking about backyard chickens. Tonight, the Valley council will finally receive an administrative report on the whole deal. Then it's decision time ...

Valley council members will also hear the public's comments on a proposed electronic cigarette ordinance. Smoke 'em if you got 'em.

That's about it. Did you know that the tallest president was Abraham Lincoln, and that the fattest was William Taft? But get this: The shortest, lightest president was James Madison at 5'4" and 100 sprightly pounds.

MORNING HEADLINES: The cold air of the future