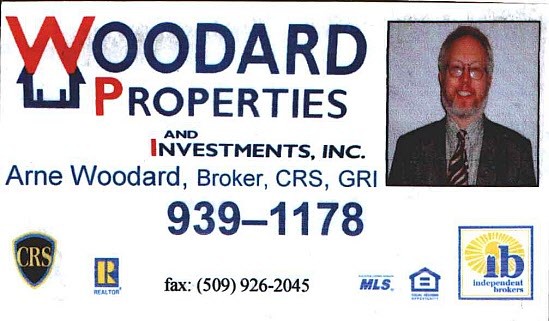 But perhaps more importantly, Woodard was one of only two planning commissioners (of seven) to vote for the Spokane Valley City Council's effort to dismantle the Sprague Appleway Revitalization Plan that specifically zoned parts of the valley in an attempt to improve the economy and drive businesses to a denser city center.

"It was great for San Francisco, but not for Spokane Valley," Woodard says. "I wanted to get rid of it. Waaay too burdensome in regulation."

A few other tidbits to illuminate the sort of council member Woodard might be:

• Bill Gothmann, the one remaining council member against the destruction of SARP, voted against Woodard's election. Instead, Gothmann voted for Ben Wick, an applicant who believed SARP should be modified, instead of eliminated completely.

• Woodard identifies himself as "extremely conservative… and proud of it too." He says his wife goes further, calling him a radical conservative. Today, he says there isn't a true conservative on the national scene. They're too willing to compromise. "They're just as willing to pass unemployment [benefits] and social programs [as Democrats.]"

Safety nets are needed, he says, but the number of people on food stamps is "ridiculous."

The role of government? "Stay out of people's lives so they can make things happen," Woodard says. It's been proved time and time again, he says, that if you reduce regulation and keep taxes to a minimum, businesses will thrive.

• "I'm in the wrong generation," says Woodard. "I should have been a settler. I would have come West." He says his values are about family, country, and God — and not necessarily in that order.

• Woodard knows the Valley well. After all, he's lived in the Valley his entire life and raised seven kids there, and they all went to Valley schools.

• Woodard gave the Valley City Council a "B" average for their performance last year. He believes the Valley needs to simplify its permit codes to make it easier for businesses, reduce regulations, and continue to reduce property taxes.

• Woodard will have to run for office this November is he wants to keep this job. No word yet who plans to run against him.

The guy who wrote "Friday" went to Whitworth!