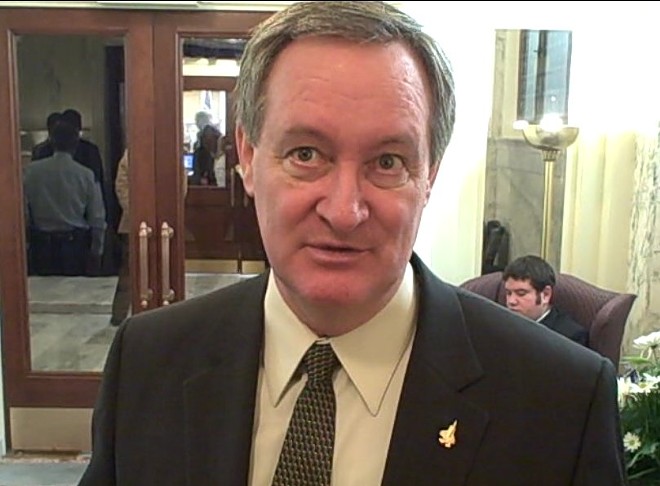 The countdown to financial calamity continues — and that may not be hyperbole. Financial experts estimate that if an agreement to raise the debt ceiling (the amount the United States is allowed to owe) is not reached by the Aug. 2 deadline, and the U.S. defaults, the results could be unpredictably catastrophic (as the Economist points out).

Now, with Republicans unwilling to raise taxes and Democrats unwilling to touch America's entitlement programs, the chance of compromise looked as grim as it was vital.

But now, as if summoned by a “$” spotlight in the night sky at the hour of greatest need, the Senate's “Gang of Six” has returned after disbanding last spring. Fiscal wonks remember them as the deficit commission, comprised of both conservatives like Sen. Tom Coburn and liberals like Sen. Dick Durbin. They submitted a proposal last year to simplify the tax code, cut spending and raise revenue. It didn’t get out of committee.

At this "last hour," however, the Gang's proposal has resurfaced as a possible solution to the budgetary mess. Yesterday, President Obama praised their plan as a key compromise featuring both spending reforms and "revenue increases."

Republican Senator Mike Crapo of Idaho, one of the most conservative states in the union, is one of the six behind it.

The plan would attach stricter spending caps, cut billions across the full spectrum of government, eliminate the complicated Alternative Minimum Tax, reduce the number of tax brackets and eliminate many tax breaks.

But if Crapo was expecting across-the-board praise from red-meat conservatives, he sure didn’t get it. He got tepid reaction from some House leaders, and blunt opposition from Republican representatives. The praise from Obama made the sales pitch all the more difficult.

The conservative magazine National Review calls it the “The Worst Plan So Far,” saying, “It will hand the president a huge strategic victory and deliver nothing that the GOP should be seeking in this fight. It’s far, far worse than anything we have seen thus far, and certainly much worse than the [Senate Minority Leader Mitch] McConnell plan. … [T]hey should make it absolutely clear that no version of the Gang of Six plan will be acceptable.”

The accusation: The Gang of Six plan would amount to a massive tax hike.

So we called Crapo. Had he gone moderate on us? Had he abandoned his deeply conservative constituency? ---

“Well, I would remind people of my record. I have as conservative a record as you can get in Congress,” Crapo says. “The bottom line is the conservative principles of tax reform and tax relief, along with the principles of reforming our Social Security system, is at the heart of our [proposal].”

In fact, he says, he’d oppose any debt ceiling proposal that would raise taxes.

He presents two arguments: First, the Gang of Six proposal wasn’t originally developed as a compromise to raise the debt ceiling. It was developed to comprehensively address structural problems with the budget deficit. To raise the debt ceiling, Crapo prefers the “Cut, Cap, and Balance Act” which would require Congress to pass a Balanced Budget Amendment, making it even harder to raise taxes.

Second, he argues the Gang of Six Proposal wouldn’t raise taxes. It would raise revenue by reducing many tax rates and flattening the tax codes, he says.

“I’m aware of the attack that this raises taxes,” Crapo says. “If you do the calculations, the total amount of tax relief exceeds the tax revenue. It’s a very big step toward a three-tiered, much flatter tax.”

But this flatter tax means losing many exemptions.

So, wait, would it be a tax hike or a tax cut? Depends on how you look at it, says an analysis by CNN Money. It would blow away a whole lot of tax breaks, in order to pay for reduced taxes across the board. So some would pay more taxes, others would pay less. Without specifics — and the plan is still basking in generalities — there’s no way to know who would pay more, who would pay less.

“There’s no question we have to raise the debt ceiling,” Crapo says.

But will they do it in time?

Robber's escape done in by dye

MORNING HEADLINES: Are you good without pot?