If being Monday wasn't bad enough, here's some news to make you feel really f—king OLD. The compact disc — that otherworldly technology that stripped away the physical tape and grooves that once made our music tangible — is 30 years old today.

To celebrate, we Inlander-o's decided to share memories of our first CDs. It'll give you a sense of our age, and our collectively questionable music taste in our youngest years.

My first CD was Pearl Jam's second album, Vs — an album that showed the Seattle band edgier, riskier and maybe even a little more pissed off than their trailblazing debut, Ten. It's funny to think about my nerdy, bespectacled 12-year-old self loving that album so much — especially the song "Animal." I bought the record after watching the 1993 MTV Video Music Awards. I loved the raw intensity of that song, and started to think about thing my young brain hadn't fathomed before: police brutality, political refugees, guns. That was only the beginning of a lifelong obsession with angry, pissed off, loud music.

My first CD. Bought at the dollar store … it was mind blowing.

I remember being about 12 years old and saving up my measly allowance money and money earned by cleaning my Gramma's house to buy CDs from Hastings. My sister and I collected all of the Beatles albums on CD and it was always a big decision as to which one we'd buy next because they were so expensive - at least they were to us at the time! Most of them cost close to $20, and the double disc albums were even more - upwards of $40. Eventually we were able to complete our collection, though in the end it took a year or more! 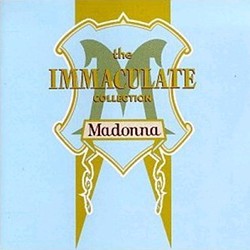 The first CD I ever owned was The Immaculate Collection by Madonna. It was released in 1990 (I was three at the time). I f—king loved it. The CD is baby blue and polka dot. You bet your ass I still own this CD, although I'm not sure how scratched it is. That album is the soundtrack of my early childhood. My mother dressed me like Madonna. Hell, I probably knew how to Vogue before I could spell my name. I used to lay on the floor while my mom was doing housework and play the CD on my little purple boom box.

It is still in my collection, same copy. I loved going to large used CD warehouse-style stores and flipping through copies super fast, just scanning and scanning for any rare or interesting gems. Just like buying records or tapes, the magic of CDs was in the thrill of the hunt. You had to work to track down obscure bands or albums — earn it, kind of. Now you can web search and download anything, instant gratification. No more hunting, no more waiting for mail orders.

I was super late to the CD game, but when I jumped in, it was with both feet. I'd always had tapes and tapes were acceptable social currency until just before high school, when the tape/CD became a class divide more than a format preference. Listening to tapes also meant that you rode the school bus and probably got free lunch and had to re-wear the same underwear for multiple days and didn't have all your shots and your parents probably drove a car from the '80s that had several different colors of paint.

It was at GREAT sacrifice to my overall Christmas haul, then, in 1995, that I asked for a portable CD player and also a subscription to both Columbia House and BMG, the services that gave you "10 CDs for 1 penny!!!?!" and then sent you things like the Beaches Soundtrack every month for the rest of your life.

That Christmas I got like 20 CDs from those services. Among them the first Bush album, the first Silverchair album, that Filter album with the only Filter song anyone remembers. I spent two picks on Smashing Pumpkins' Mellon Collie and the Infinite Sadness (it was a double album) because I was young, and foolish, and cared too much about being cool (that was THE album of the holiday season) and not enough about just having the best Smashing Pumpkins album, which everyone obviously knows is Siamese Dream.

In one fell swoop — Panasonic portable player with subscriptions to both major CD pyramid schemes — I instantly caught up to all my "friends" (rich assholes I no longer talk to) who had a million CDs and traded them blithely and with no more care than you'd trade around a Donruss Basball Card (always the worst) depicting a late-career Wade Boggs.

I was cool. Finally. For a week or so.

All it cost my mom was like a hundred bucks and the manual labor, amortized over a lifetime, of getting a new, unwanted George Straight or Bonnie Raitt or Tracy Chapman album in the mail every-single-month, dutifully writing "return to sender" on the box without opening it, and leaving it for the mailman to pick back up. 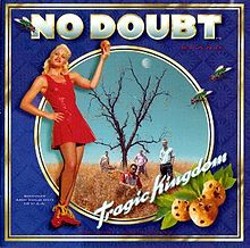 My understanding is that the first CD I ever owned - No Doubt's still fantastic Tragic Kingdom - was the first CD owned by a lot of people my age. Kingdom is definitely a record of its time, and though I wouldn't consider it the best by any means, I feel like no other record encapsulates the year of 1995 better. This is a double-edged sword, however, as soon after the album's release we saw the third wave resurgence of ska, which we frankly could have done without.

I remember having an insane crush on Gwen Stefani but never pursuing any obsessive behavior like posters and shirts, though now I really wish I would have. I was literally 4 years old when the album came out (I'm just a little guy), and I got it for my 5th birthday four months after its release. I was hooked, as in dangerously. The album is basically made of single material, and to this day they all stand strong. In particular, "Spiderwebs" and "Sunday Morning" are still pop brilliance in the way the group embraces the obviousness of ska but in the most intelligent way possible. "Happy Now" kills me too, with the way it seamlessly melds ska to mid-90s chick-alt, almost sounding like Elastica or Veruca Salt in the amazing chorus. Its more ambitious moments do little for me but as an album of pop singles it never fails. Hearing it now, I see myself in kindergarten, covered in fingerpaint, just wishing I could go home and listen to Tragic Kingdom again.

Hell yes I [still own it}! Its number one played on my iTunes, one of two CDs in my car (the other being Headhunters - Herbie Hancock) and, to this day, the only CD that I’ll play that can actively piss off my father.

If I remember correctly, CDs were pretty heinously priced back in the day. I’m pretty sure BSSM set me back almost $25! For a 9 year-old, that was a lot  of money. Anyway, I remember one summer my best friend and I pooled our allowances and lemonade stand profits and had his big brother buy us three “Parental advisory” CDs: Blood Sugar Sex Magik, Americana by The Offspring and The Slim Shady LP by Eminem

Damn, we felt so cool! At that time however, neither of us actually had a CD player, so we went back to my house and crowded around the old family PC for a listen! We’d made it almost all the way through BSSM when my dad came home from work. That look he gave me after being in the room for not even half of "Sir Psycho Sexy" … I’ll never forget it. That and I had to spend the rest of my night listening to him lecture me on the negative effects of loud, profane, and frightening music like this.

Needless to say, Dad, my music choices have gotten a lot weirder since then, thank you.

Two days 'til Party Politics; get ready to rub elbows!