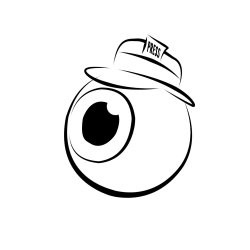 And the results are in.

After eight months, Mayor David Condon's administration has been able to bargain the local firefighters union into . . . just about exactly the same contract.

Conservatives on the Spokane City Council in February rejected a contract with the local firefighter's union that had been secured by Former Mayor Mary Verner. Councilman Steve Salvatori, in explaining his "no" vote, cited an apparent lack of transparency in the negotiations.

Did the negotiations end up being more open?

"They didn't let us in on the negotiations," says City Council President Ben Stuckart.

So what does the new contract do? It adds a fourth year.

"I don't see how it's that different," Stuckart says. He adds that he's happy to support the contract, since he supported the first one.

Condon "believes this is a solid deal for minimizing [public safety] impacts for the citizens and helping city resources," according to city Spokeswoman Marlene Feist.

But Stuckart says maybe the city just didn't want to go to binding arbitration, where a judge impose a more expensive contract.

Read the release on the contract yourself here.

More City Hall Eyeball? Belly up to the bargaining table.