Lawyers, community members and the judge who will decide Karl Thompson's fate filed into a federal court room this morning for the former cop's sentencing. Thompson was convicted last November of violating Otto Zehm's civil rights when he used excessive force against him, and of lying about the incident to investigators. In March 2006, Zehm, a 36-year-old mentally ill janitor, was mistakingly identified as a theft suspect in a North Spokane convenience store and then beaten and hogtied by officers. He died two days later. Check back for updates, and find all of our Zehm coverage here. 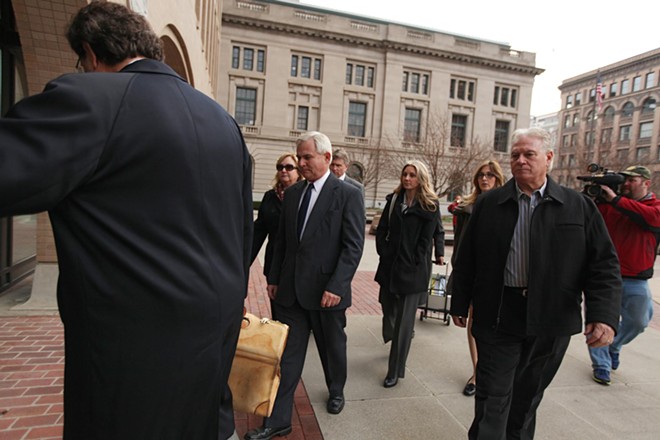 Young Kwak
Karl Thompson, center, walks into the Thomas S. Foley U.S. Courthouse in Spokane, Wash. on Thursday, November 15, 2012 for a sentencing hearing for his role in the death of Otto Zehm.
click to enlarge 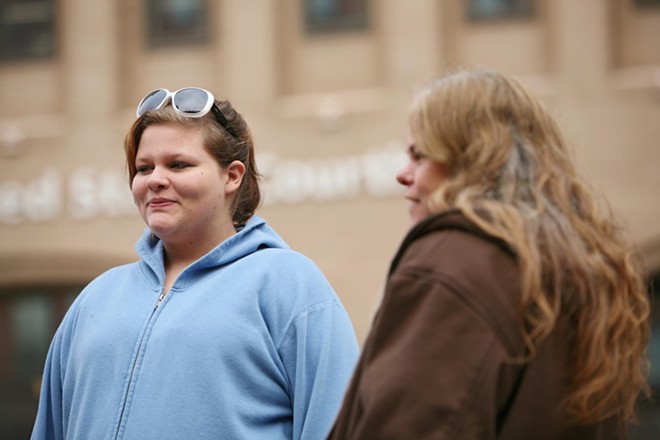 Will Washington secede from the union?