Gay marriage around the globe

Back during our coverage of Washington's fight over same-sex marriage, we told you about how Americans' attitudes about gay rights are changing. Today, about half of Americans believe same-sex marriage should be legal, up from 42 percent eight years ago, according to Gallup.

In its current issue, The Economist has a global look at the same question. As attitudes about homosexuality change, are laws keeping up? While gay rights advocates are gaining momentum and churches are losing influence, homosexuality is still a crime in more than 70 countries.

Check out the map. 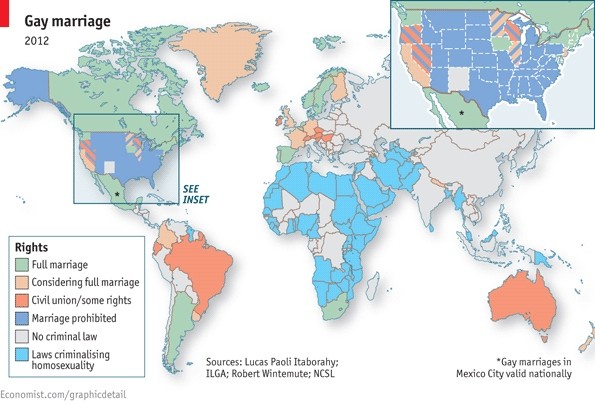 Submit by Thursday night to our short fiction contest

Today's Briefing: It's wet in the Northwest